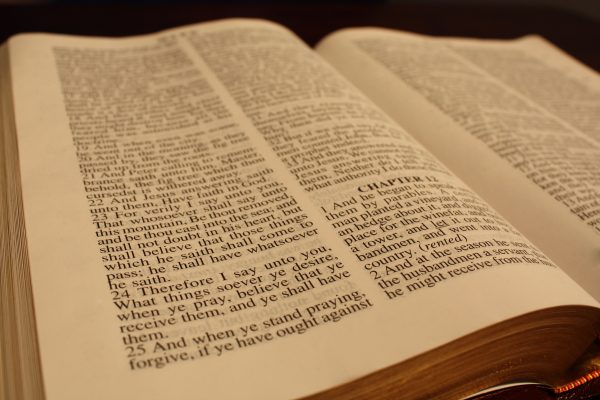 Some might regard most of what you read all over cyberspace as senseless verbal gymnastics but our leaders tend to fuel the hunger of baying dogs, especially those deeply steeped in tribal drum-beating, through their unwitting actions or inactions.

And if the New Direction of President Bio is supposed to become a fresh sacrosanct social contract with the people of Sierra Leone, then the handling of some issues as well as unpalatable and image-destroying mix messages by those close to the seat of power and the government itself, since the inception of the administration, leaves much to be desired.

Take for example the sacking of Charles Margai. While it is the prerogative of the President to appoint who-so-ever he chooses, the silence and secrecy for the sudden change of personnel does not seem to me to be a good omen and milestone towards gradual shift, in terms of political development.

It belies his attempt so far, to display long-term ethos that will fire the imagination of the people, and ensure that the government, its supporters as well as the nation, will no longer operate within the confines of the same narrow political parameters of the immediate past, where the leader simply did as he pleased and governance was sheer grandstanding that did not carry the people along.

It is also why quite a lot of conspiracy theories are being fuelled – ranging from political favours for Ernest Koroma’s past support, to the demolition of a retired Brigadier’s house as well as the President’s fears that Margai would become too hot to handle given his antecedents and perceived grudge against majority of those closely linked to the Koroma administration.

Even if the simple explanation was an ambiguous one, at least it would have given an impression of a government that does appreciate that it exercises its authority on behalf of the people and is devoid of narcissistic tendencies in disguise.

What the deafening silence from government has done, is make horde of commonsensically-bankrupt internet and political Wildlings, masquerading as concerned citizens and who can’t even look beyond petty emotions and see the bigger picture, armed, especially on social media, to run after grasshoppers and cockroaches, even if their future and that of their unborn children which had been sacrificed so far by virtually all our leaders, remain buried in the realm of hope.

The feeble attempt by the deputy justice Minister to douse rising suspicions of a fall-out in the new regime, which is barely three months old, has only added to fabricating vapour-theories that the announcement of a commission of inquiry is a smoke-screen. It has only given a voice to the suspicions of many who are tired of years of bad governance and political intrigues.

While the destination – a better Sierra Leone – is what matters, President Bio’s administration will be bruised by the indulging stench of scandals, especially amongst those close to him and his family, simmering in a whiff of smoke; as well as the noises of chaos and catastrophic-creating distractions, if he chooses the path of a closed-shop administration.

Quite frankly, the President must realise that the dew will certainly destroy a house made of spittle, if he chooses to pander to populism instead of reality and practicality. The point is, all of us have shown our angst at past attempts to call a dog monkey for us. It is therefore a jolt, to the positive-thought that perhaps, we may be establishing certain shared values around our rejection of that past.

Remember that for a little over a decade, our world was turned upside down by merchants of dishonesty and fakery. Lies became the norm and falsehood, dignified and elevated to statecraft as brilliant arrogance,  adorned chests like a badge of honour, in a nonsensical self-indulgence that ensured bumbling mediocrity and shambolic handling of national realities as well as polarised political debate, ethnicity and dispassionate assessment of the true extent of the promises of the last administration.

The deafening high pitch voice of reasoning, equity and advocacy for truth and justice, took a flight out of our governance and the laser-like focus on those issues that traumatise the majority, shifted into an emotionally incontinent socio-political environment, maladministration, ineptitude and economics of the madhouse.

Ernest Koroma rode into power on a high, especially with the promise of agenda for change and the restoration of power to the country within the first 100 days, akin to the present euphoria, but ended up with a chiselled face of governance and goodwill failure.

As he floundered on the altar of narcissism and became power drunk, he ensured that he put capital DYS, in dysfunctionality and invested himself and his party with ill-fitting self-righteousness.

In his phantom world and chronicles of insensitivity, impunity, abuse of processes, intimidation and bullying which stunted our democratic growth and journey, he forgot that you cannot declare prosperity or any progress for that matter,  by proclamation; but can only build it one block as a time, in a conducive, progressive and meritocratic environment.

Amidst massive fraud in all spheres and institutions, masquerading as achievements, he ended up heading a selfish, self-centred and egocentric cabal of family and friends who assumed larger-than-life images and behaved as if Sierra Leone was their private estate. In total disregard to the welfare of those who elected them, they put themselves above the laws of our land and above every one of us and operated as if they were from another planet.

Deep narcissism, mixed with huge dollops of superiority complex – which despite how it sounds, is a big negative; a variant of inferiority complex – became quite rampant and the hallmark of an administration and a leader who wanted to dictate how others think, who believed others should concede superiority to him, his party and his moronic lieutenants, with no basis in empiricism or history.

Even when the mood of the masses began to seriously say TIME’S UP; and their forest of goodwill from the downtrodden began to shrink, their trees kept massaging the axe of deception because its handle was made of wood and they thought it was one of them.

It is one of the reasons President Maada bio is in power today. To end the Theatre of the Farcical that had eaten deep into the fabrics of our systems and institutions (but which is proving a bit difficult to do away with, if the handling of events, reports and isolated incidents that are springing up are anything to go by).

However, at the end of the day, the last administration is still a manifestation (extreme, to be fair) of how corruption spurned by the  negation of morality, has completely wrecked the very fabric of what should be  a society, but is and has now become an existential cove of hustlers and their numerable victims. Everything is connected, just like the water in a stream.

Iron does not go seeking corrosion. It gets corroded by exposure to corroding elements. Our leaders have been what they are because we are what we are and they are picked from amongst us not from Mars.

Plurality of views progresses individual and collective human development. If you divide one rotten banana into 4 or 5 or 6 pieces, what will you get? Something tells me 4 or 5 or 6 pieces of (still) rotten banana. That is the perception being formed as a result of the mixed messages emanating from the new government.

No doubt, we are at the point where the system ought to take charge and behaviours, irrespective of whose ox is gored, that in my estimation goes against our collective aspirations, should be dealt with. It is a winning part of the battle in combating corruption.

The President needs to appreciate that as far as the people are concerned, every new government only recycles the same template and attacks its enemies ferociously, with the next government coming on a revenge mission and retaliating blatantly. We should be tired of this crude methodology by now.

Efforts should be made to strengthen our institutions first. Transparency in words and deeds will then ensure that majority of the people will cooperate with government on all fronts when they are reassured that “all animals are equal, and some are not more equal than others.”

Any malfeasance discovered should be sanctioned as such, before butterflies start seeing themselves as a bird that can fly and make us feel queasy. The difference is, letting those of us who have to bury the remains of such misadventure do so,  knowing fully well that it is in the best interest of our country.

There is also inherent danger in pitching the poor against the rich. One party, against the other and one religion, over the other. The post-election violence and indeed our fratricidal civil war is an indication that going down that route eventually leads to mayhem, anarchy and systemic failure.  It is ammunition for those with the gene of conscientious idiocy deeply embedded in their body-system, to rouse bottled up ethnic and political anger .

While I can understand his determination to cause a seismic change in our political thinking, way of life and vision, through strong leadership, ideas, policies, solutions and belief as well as credibility, wielding power like a whip – a dated military strategy – that is completely out of place today in a democracy, may cause the President  to make a mess of eating eggs.

Leaders are bound to make mistakes, after all they are human. Of a truth, we cannot forget the tragic melodrama of our past, whose terrible state seems to have become so normalised that supporters of the President and members of the ruling class now believe that it is their own turn for a pound of flesh.

Nothing flies like time and as it ticks away, I believe that President Bio needs to be reminded that the buck stops at his desk for whatever acts of omission or commission in the course of the life of this administration.

Afterall, all the King’s men were specifically chosen by him. One would have thought that he knew very well, the antecedents and capabilities of those he chose to put his trust. Or are back to the house of commotion and confusion so early?