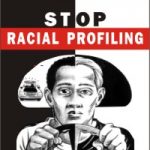 Petition Against Racial Checking by the German Police
To the petition panel of the German Bundestag Stop racial profiling!
The verdict pronounced by the administrative court in Koblenz on February 28 is against the constitution (Basic Law) of the Federal Republic of Germany!
For the first time it was admitted that the German Federal police are using racial profiling as a means of identifying possible "illegal immigrants.
And the court’s decision now officially sanctions this practice. We, the initiators of this petition, condemn this decision and demand:
The Initiative of the Black People in Germany (Initiative der Schwarze Menschen in Deutschland) is requesting the support and cooperation of all and sundries to sign this petition to enable them appeal against the verdict sanctioned by the Administrative Court in Koblenz – Germany.  The Online-Petition will run till 19th July this year for the attention of the Federal Petition Commission and at least a total of 10,000 signatories are needed in order to gain the Commission’s attention.
For more information about the campaign please contact the following:
The Board, ISD Bund e.V.
Hadija Haruna, Jonas Berhe, Tahir Della, Sharon Otoo, Anne Chebu
Capaign organisers: Carla Smith, M. A. Isabella Bakirman,  Jamie Schearer, Tahir Della
Kontakt: stop-racial-profiling@community.isdonline.de