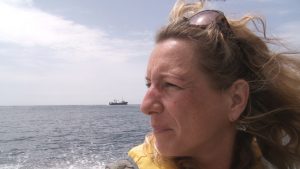 Al Jazeera is nominated for seven One World Media Awards ahead of Thursday’s awards ceremony in London. Six of the seven nominations are for programming set in Africa.
Digital Media Award
Pirate Fishing is a groundbreaking gamification of current affairs, which allowed gamers to become an Al Jazeera journalist, gathering evidence and notes to build a case to expose the mult-million dollar illegal fishing trade in Sierra Leone. Pirate Fishing was based on a People & Power report by Juliana Ruhfus. Test your skills as an investigative journalist at http://www.aljazeera.com/piratefishing or watch part one of the original Pirate Fishing documentary at https://www.youtube.com/watch?v=oKQ0rf06Jw4 and part two at https://www.youtube.com/watch?v=FcXCvY6hnEE.
Television Award
In Inside Kenya’s Death Squads, officers from four units of Kenya’s counter-terrorism strategy admitted the police assassinate suspects on government orders. According to one officer, police eliminations could run into the hundreds every year. President Uhuru Kenyatta and National Security Council members denied running an extrajudicial killing programme. You can watch and embed the full documentary at https://www.youtube.com/watch?v=lUjOdjdH8Uk.
Documentary Award
Miners Shot Down, directed by South African Rehad Desai, screened on Al Jazeera on the two-year anniversary of the Marikana massacre it investigates. In August 2012, mineworkers in Lonmin, one of South Africa’s biggest platinum mines, began a wildcat strike for better wages. Six days into the strike, the police used live ammunition to brutally suppress the strike, killing 34 and injuring many more. The police insisted that they shot in self-defense, but Miners Shot Down tells a different story. Watch and embed the trailer at https://www.youtube.com/watch?v=pkK_T_vz7cY.
Corruption Reporting
In Africa Investigates: Uganda’s Temple of Injustice, Ugandan journalist Emmanuel Mutaizibwa led a team of reporters who went undercover inside Uganda’s court system to reveal the price of justice, exposing a chain of corrupting that is rotting the country’s judiciary to its core. You can watch and embed the full documentary at https://www.youtube.com/watch?v=tpD5YP8mBkU.
Women’s Rights in Africa Award
Al Jazeera has two nominations in the Woman’s Rights in Africa category, for Rosa Rogers’ Casablanca Calling and for Jessica Vale’s Small Small Thing: The Olivia Zinnah Story.
Filmed over two-and-a-half years, Casablanca Calling is an intimate portrait of three Moroccan women – Hannane, Bouchra and Karima – working as official Muslim leaders or Morchidat.
Set in Liberia, Small Small Thing is the story of Olivia Zinnah, who died in December 2012 of complications from being raped at seven years old.
New Voice Award
Al Jazeera America’s Matt Sandy is nominated for the New Voice Award for a young filmmaker or journalist working in any medium who has made a substantial contribution to international journalism during the year. You can read Matt’s reports at http://america.aljazeera.com/profiles/s/matt-sandy.html.
For more information, visit http://oneworldmedia.org.uk/2015-nominees.