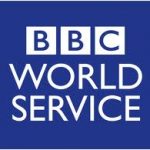 Two plain-clothes policemen attached to the Presidential Guards at State House on Saturday, 3rd of September 2011; severely beat up four journalists leaving one of them in a state of comatose.

The two assailants have been identified only as Sullay and Kabbah. The journalists had gone to the National Stadium to cover an international football match between Sierra Leone and Egypt when the irate guards went loose on them. “SLAJ strongly condemns such barbaric act smacking of behavior typical of gangsters and lay bouts,” says SLAJ President, Umaru Fofana, who was present during the beating of two of the journalists.

He urged President Ernest Bai Koroma and his government to help bring the two police officers to book and let justice be done to show there is respect for the rule of law in Sierra Leone, and that no-one is above the law. One of the assailed journalists, Mohamed Fajah Barrie, who reports for BBC Sport and heads the Sports Writers’ Association of Sierra Leone, was left in a coma after Kabbah pounced on him, beat and kicked him, stabbed him in the forehead until he fell into coma. Fajah was later taken to hospital for which SLAJ wishes to thank the Sierra Leone Red Cross Society who was on hand.

The other journalists: Kemoh Sesay of Exclusive Newspaper and Universal Radio, Alhaji Tarawallie of Premier Tok and Sulaiman Storm Koroma of Radio Democracy, were also beaten simply because they intervened to either rescue their colleague or take photographs of the melee. They also sustained bodily injuries. Even after the incident at the stadium, while some journalists among them the SLAJ President were heading to the hospital with the injured journalists, the assailants were in an un-registered and un-licensed Land Cruiser vehicle with Guinean number plate RC 9441.

They jumped out of the vehicle and took position as if to beat up more journalists. The SLAJ President goaded his colleagues to use a by-pass route to the hospital.

SLAJ has un-officially protested to the Minister of Information and Communications and is writing a protest letter to President Koroma, calling for the two officers to be arrested and brought to justice for their aggression against the journalists.

“We will use this case as a barometer to gauge how much impunity exists in the country especially when crimes are committed by those around the presidency”, the SLAJ boss says.

The assault at the National Stadium began as Mohamed Fajah Barrie attempted to enter the football field in the dying minutes of the match just after Sierra Leone had scored what turned out to be the winning goal to do post-match interviews. He was stopped by the police even when he had a clearly-marked Press Pass, a BBC ID card and a BBC-labeled microphone.

While he was trying to explain to the police that it is common practice for journalists to enter the field to do interviews, guard Sullay allegedly attempted to lift his pocket.  He held Sullay by the arm as he tried to draw the attention of the other policemen to the act. Kabbah at this stage rushed in and started beating Barrie.

This is not the first time police are manhandling journalists in Sierra Leone.  Even school pupils know the vibrant Fajah Barie, but the presidential guards couldnt recognise him. A nearby observer says they were either freak or drunk at work and couldn’t distinguish the difference between a journalist and ordinary intruder.

Meanwhile, Mr. Barrie has been released from hospital after spending a night there receiving treatment.