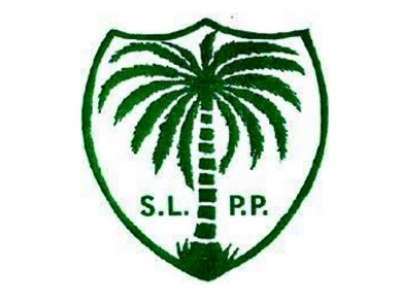 As our nation prepares for one of its most critical electoral contests in decades, i.e., the Presidential Runoff Election between the ruling All Peoples’ Congress (APC) and the main opposition Sierra Leone People’s Party (SLPP) scheduled for the 27th March, and barely three days to go to that important and decisive election, a spate of unprecedented developments have emerged and indicate a very serious and deepening political and constitutional crisis that will seriously mar the credibility of the election and gravely affect the peace and security of this country.

We view these developments with utter dismay and apprehension not only for the peace and stability of our country but also for the threat they pose to the maintenance of peace and security of the West African sub-region as a whole.

As a responsible and measured political party, we will hold President Ernest Koroma primarily responsible and as bearing the greatest responsibility for possible indictment and prosecution at the International Criminal Court at The Hague for any outbreak of large-scale violence and ethnic cleansing in the run-up to and after the scheduled Presidential runoff election on 27th March 2018.

Two very disturbing developments are worthy of note. The very first incident occurred on Wednesday, 21 March 2018. The National Electoral Commission (NEC) released a Press Statement in which it raised alarm over acts of intimidation that were allegedly being perpetrated against it and its staff by the Sierra Leone Police, following the announcement of the results of the first round of the Presidential Elections that put the SLPP in the lead.

This NEC allegation came in the wake of a growing number of hate speeches and violent attacks attributed to APC operatives and government officials and directed specifically against supporters of the SLPP residing in the Northern parts of the country. Many of them were forced to flee for their lives and to seek refuge in nearby towns and forests. This is extremely worrisome as it bears echoes of the Rwandan-type political crisis of the 1990s that was driven by sentiments of ethnic cleansing.

This ugly and objectionable situation has been sparked by the significant inroads the SLPP was able to make in parts of the Northern and Western regions hitherto considered as impregnable APC strongholds. This penetration has hugely unsettled the APC hierarchy and weakened its stalwarts who had hoped that their incumbency was a sufficient asset to guarantee victory in the first round. On the contrary, the outcome of the March 7 elections not only rattled their presumptions, it induced a heightened sense of desperation on the part of the APC leadership.

The second potentially dangerous development came surprisingly on Saturday, 24 March, barely hours to the scheduled presidential runoff election. The High Court of Sierra Leone granted an Interim Injunction restraining the NEC from proceeding with the conduct of the election pending the hearing and determination of the substantive matter before it. Immediately this ruling was made the NEC Headquarters was cordoned off and virtually placed under siege by the Sierra Leone Police, completely paralysing its logistical preparation for the runoff.

The Court is due to consider the substantive matter on Monday, 26th March. This hardly gives any time for the NEC to complete its logistical preparation necessary for the runoff to hold on the 27th March. The constitutional implications of this are most frightening:

The matter was brought to the Courts by way of an application by a member of the APC, Ibrahim Sorie Koroma, seeking to have the courts halt the runoff election on the grounds that the NEC cannot be trusted to conduct a free, fair and credible election. There is no gainsaying the fact that if the ruling party’s candidate had been the front-runner in the first leg of the presidential election such an application would not have been brought by the plaintiff.

As a party, we would like to remind all and sundry that the historical record is replete with instances in which the SLPP has demonstrated extraordinary patience, restraint and forbearance in its unrelenting pursuit of peace and tranquillity in the country. For example, in 2002 the SLPP restored the country to lasting peace and stability after a decade-long Civil War provoked by a long history of unbearable APC corruption and misrule. Again, throughout the current period of electioneering leading to the presidential runoff election, the SLPP has spared no effort in appealing to its membership and supporters to remain calm even in the face of unprovoked intimidation and violence from supporters of the APC. Most of these have been amply documented and presented to the International Observation Missions for the Sierra Leone Elections.

The motivation behind the APC injunction is very clear. They do not want the runoff presidential election to proceed because they know the verdict of the overwhelming majority of the Sierra Leonean electorate will not be in their favour. 58 per cent of the electorate had already rejected the APC in the first round of the elections.

Moreover, we consider all of these developments as part of a plan designed to prolong the dysfunctional governance of the APC regime by provoking large scale violence and ethnic cleansing against SLPP supporters in order to provide an excuse to declare a State of Emergency by President Koroma and thereby justify a postponement of the elections or provide a platform for the summary dismissal and replacement of the members of the National Electoral Commission.

We therefore urge the Government of President Ernest Bai Koroma to allow the conduct of the runoff Presidential election to proceed as scheduled and to accept the results of the election as we have already undertaken to do. To postpone the scheduled election will have dire consequences for which President Koroma and his collaborators will bear the greatest responsibility

Brig. (rtd.) Julius Maada Bio
Presidential Candidate of the SLPP for the 2018