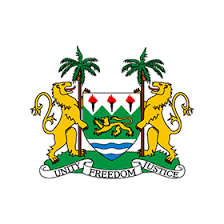 OFFICE OF THE PRESS SECRETARY

UPDATE ON THE GOVERNANCE TRANSITION TEAM REPORT: NEXT STEPS

On Wednesday 4th July 2018, His Excellency President Julius Maada Bio received the Report of the Governance Transition Team 2018, presented by the Chairman, Professor David John Francis. On receiving the Report, His Excellency thanked the Team and reiterated his commitment to the fight against corruption, which he described as not only a governance issue but also a national security threat.

Following the launch of the Report, His Excellency the President convened an Emergency Cabinet Meeting on Friday 6th July 2018 to discuss and adopt the Report as a basis for further action. The Office of the Press Secretary now wishes to inform the public as follows:

Recommendations of the Report in a timely manner.