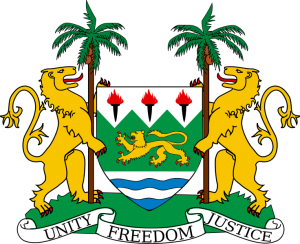 The visit by His Excellency the President, Dr. Ernest Bai Koroma (June 24 -July 1 2013) to the People’s Republic of China has strengthened the bilateral relationship between the two countries and yielded billions of dollars of investment in Sierra Leone.

During his visit, President Koroma delivered a keynote address at the World Peace Forum at Tsinghua University, and held fruitful discussions with the President of the Republic of China, Mr. Xi Jinping, the Chinese Vice President, Mr. Li Yuanchao,The Governor of HAInan Province, the Vice Governor of Inner Mongolia Autonomous Region, The President of EXXIM Bank and several Chinese companies including the Kingho Group, Shandong Iron and Steel Groupand the HAInan State Rubber Group.

In his meeting with the Chinese President at the Great Hall of the People in Beijing, both leaders committed their countries’ increasing cooperation and mutual support in meeting common aspirations for peace, development and reform of the United Nations. President Xi  Jinpingapplauded Sierra Leone’s historic role in China becoming a member of the United Nations in 1971, and Sierra Leone’s support for the one China policy AND CHINA’S POSITION ON Taiwan and Tibet. The Chinese Leader also lauded President Koroma’s leadership role, successes scored in the implementation of the Agenda for Change, the double digit growth of the Sierra Leone economy and the country’s involvement in peace missions in Somalia and Sudan. The Chinese President announced a grant of 250 million RMB to programmes developed by the Government of Sierra Leone and reiterated Chinese support for the construction of a New Airport and a Centre of Excellence for Youths. The two leaders re-affirmed their commitment to promoting credible and sustainable investments that will be mutually beneficial to the socio-economic development of the two countries.

On 27thJune, the President, delivered a keynote address to the World Peace Forum organized by China’s premier Tsinghua University on the topic,Emerging Trends in Global Security.The forum attracted several present and former state leaders, renowned academics and scholars, and Ambassadors to China from over 50 countries. In his address, the President lauded China’s Peaceful Rise, and gave a comprehensive overview of the sources and impact of global insecurity. The President stated the need for cooperation in meeting the emerging security threats to both developed and developing nations carried by such vectors as cyberspace, increasing globalization, migration and acceleration of technology. He emphasized that these threats, which manifest themselves as terrorism, cybercrime, drug trafficking, piracy, environmental degradation, and food, fuel and financial crises must be tackled through increased cooperation amongst nations; reform and democratization of global institutions; effective regulation of financial institutions in developed countries and building security capacities in developing countries.

In his meetingwith the Vice President, Mr. Li Yuanchao, President Koroma applauded China’s support for Sierra Leone’s socio-economic development, and invited the Vice President to visit the country. Mr. Li Yuanchao accepted the invitation, praised President Koroma for his leadership in enhancing Sino-Sierra Leone cooperation, and announced the Chinese Government’s support for a capacity-building, learning and experience sharing visit for over 30 high ranking multi-sectoral officials to China before the end of the year.

The President met with a cross-section of the Sierra Leonean Community in China, during which he updated the community on the achievements made during the implementation of the Agenda for Change. HE also announced that the country is now moving on to the launch and implementation oF the Agenda FOR Prosperity.

On his visit to the Inner MongoliaAutonomous Region in Northern China on 28th June, the President and his delegation toured Kingho Energy Group facilities and held discussions with the Group’s Chairperson,Mr. Huo Qinghua and other officials. The discussions yielded REITERATED commitments by Kingho Group to accelerate investment of billions of dollars in iron ore mining in Tonkolili and Pujehun. These commitments also include the construction of a rail link between Tonkolili and Pujehun, a port in Pujehun, building of power generation plants, value addition processes and corporate social responsibility in project areas.

The President also visited the Southern Province of Hainan where a Memorandum of Understanding for the development of a rubber plantation and factory in the Tonkolili and MOYAMBA District was signed between the Government of Sierra Leone and the Hainan State Rubber Company. The Hainan Province has been designated as a prime tourism development area by the central Chinese Government and PresidentKoroma and delegation also held fruitful discussions with the Peoples Government of Hainan Province on tourism development in Sierra Leone