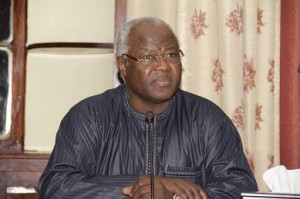 The truth, it is said, is better than endless smokescreen.

And one sad fact is that we have left the future of our country in the hands of people who don’t know, don’t care, or don’t want to care. People whose creed of my-ways-are-not-your-ways are coloured in ‘selfless service’ that cover their tracks.

Sierra Leone has become like a virus-embedded hard disk! All the Norton and McAfee’s of this world are proving useless as an effective insulation against the bugs that are eating deeper and deeper into its socio-political network simply because the attack is more from within.

There is no sobering symbol of the failure of our governance whose operators continue to kiss the posterior of those who have done nothing but fart on our helpless nation, than the cyclical crisis that our two major political parties tend to plunge themselves and by extension, we, the people of this country.

Now, they are it again. While the almost moribund SLPP is still tearing itself apart, the political gladiators in the ruling party, whom fate has callously imposed on us, are busy having a field day at our collective expense. They are making their story our night cap.

Which is why, in the midst of one of our darkest moments, in a country where the youths are disillusioned because of the dearth of credible role models,  we are forced to sup on the absurd  bitter gravy of lingering animosities within a group, that is united in scandals and chronic in the art of defensiveness.

To them, what is important is not how Sierra Leone will shape up post-Ebola? What is happening to poverty, unemployment, inequality; etc.? What matters most is the consolidation of power and the strategic placing of weaklings in the course of empire building.

Having regaled us with the Audit report on corruption, the latest divisionary tactic is intra-party power tussle. A report that not only stinks, but raises more questions than answers. A report that exposes the petty politics that bestrides the political landscape.

But may I ask, do the many reports about the rot at the very heart of our governance and parties, have any relevance to the quality of life of the people who are dying willy-nilly as a result of the corruption, ineptitude, hypocrisy, absence of accountability and transparency in governance, and the lack of compassion for the less privileged etc. which have impeded the realisation of our developmental aspirations?

I am shocked that in a country of such immense resources, those whose moral authority are also questionable, continue to try the same politics of yesteryears; in the same way, but yet, are expecting different results.

Whether the story is fashionable or not, certain issues in our social realm expose to us the same harsh reality of the follies of our political class. They reiterate the known truth that most of those who find themselves around power often forget that when you point a finger, at least three others are pointing towards you. They remind us of the attitude of some of the so-called suddenly-wealthy politicians who are in dissonance with mounting poverty.

In saner climes, most of those who form the nucleus of the ruling party and government in Sierra Leone today, should ideally be behind bars or at least licking their corruption-fuelled paws within the confines of their numerous or palatial mansions built through less-than lawful or honourable means.

Because if the truth be told, these band of personnel who lack integrity and are now the leading lights of our country today, personify all that is wrong with our beloved nation as well as being responsible for corruption becoming an unwritten state policy.

We can pretend as much as we like; supporters can scream blue murder till they become hoarse and label me an opposition enemy, the truth will not go away; especially since this cohort of politicians having mortgaged and looted the fortunes of this and future generations, are, in the midst of one of our greatest catastrophe, now playing their ‘normal’ politics.

Our democratic setting has become a playground for ring masters in a circus where the political class has become a colony of blood-soaked men who will surreptitiously use anything at their disposal to control the reins of governance at whatever level; while their supporters and the rest of the citizenry go through hell in pursuit of hope.

When we conceptualise the fact that they have done more damage to the national psyche and driven most of the leaders of tomorrow away from being interested in the future of the nation, we might face the realism that the political class whether in the ruling party or the almost moribund opposition, is currently made up of demonic extremists who are using the rest of us and our national apparatus for selfish ends.

We need to realise and remember that we are where we are today because the bile, hatred and the spleen inherent in our politics took us to the brink of extinction. Now, powerful cabals, successors and offspring of those who were enmeshed in the evil of that scenario are taking us down the tree-lined route of that same journey.

It is not clear how the cabaret will go as the ruling party pulls a new rabbit out of the hat in its cupboard full of cobwebs and plenty of dark episodes.

But definitely, after the recent eclipse of the sun, this latest act of the APC, clearing the smog from its dark political spectrum, may just be the catalyst for the sanitisation of our politics and governance.

Don’t get me wrong, the unwholesome and scandalous drama, which has the grating sound of aberration and which could lead to an unnecessary constitutional crisis, if we had a truly independent legislature, exposes the weight of President Koroma’s moral authority and his true commitment to erecting enduring political pillars for the future of our nation and its democracy.

But as the Lord of the Manor, he has woefully failed to set our politics right or set the moral tone. Instead, he has continued to use the flaws of the socio-political system to his own advantage. He has disastrously squandered the one opportunity to restructure and truly rebuild our society and instil discipline and a new moral fibre for the country. He has unfortunately missed a glorious chance to permanently reform our ways of life and ensure the true spirit behind the Truth and Reconciliation.

I do not know Vice President Sam Sumana personally and sincerely speaking I’ve never really been interested in knowing him. But if I were in his shoes, I’ll make a last ditch effort to carve my name in gold in the annals of this country by becoming a Robin Hood and confronting my accusers head-on, by breaking the dangerous culture of denial and cover-ups; taboo and concealment; official rascality and absolute incompetence that encompasses our corridors of power.

I will sing like a canary bird; Warts and all. I will not embellish nor skirt around the issues at the heart of the matter. As an underdog who must be rescued from the fangs of the political hyenas, I will make it a last-gasp patriotic point of duty to expose the cesspool of corruption and immorality as well as the several drain-pipes called private pockets, to which my accusers have been falling like bowling pins.

Now, I am not campaigning for Sam Sumana whom like I said earlier, in a saner society would have been languishing in jail or at least retired long ago; but the issue is that a nation in search of progress cannot afford to falter on the altar of meaningless sentiments as to look the other way while those entrusted with national authority play the night of the Jackals at our expense.

But before we move to the next stage of the unfolding drama, it is instructive for all of us as citizens of this country, as well as for the sake of posterity which I know beckons as always; to appreciate that whatever is the agony of the nation’s Vice President, is the agony of all Sierra Leoneans.

And the reason is simple. While some may argue that the process of kicking the number two citizen out of the party is not only an internal issue but also a demonstration of democratic ideals by the APC administration, we need to realise that it is our democracy that takes a knife in the heart when the political landscape is all about pursuit of personal vendetta and interests rather than the love of the country.

Before the white noise of supporters drown out the any voice of reason as they are want to do, we need to ask ourselves as true patriots: how long are we going to sit idly by and watch deep-seated animosities, narrow mindedness, and politics of vendetta across our dark political spectrum destroy the pursuit of our common aspirations.

Do we really want to render the remaining strand of our battered society and institutions prostrate and unwittingly empower the elite whose governance failures have robbed our nation of the glory days of our relatively short resurgence?.