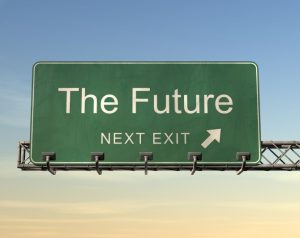 2012 elections are the final frontier for transcending the assumed limits of our fears and perceptions; our ethnic tendencies; our political prejudices. It is a new horizon awaiting.

The message which each and every one of us should be passing on to our kith and kin, literate or illiterate, is that the choice should not be about personalities or looks or personal deeds.

It should be about the fact that this time around, we really need to sort out our defects; which somewhere deep in our psyches we know is the reason for our continued existence in the backwaters of underdevelopment.

While serious nations are jumping in a strategic manner on the momentum of the moment, to deploy their capacities to all kinds of futuristic things that will further enhance their development, our nation is sadly still stuck with the old dependence on foreign assistance, trade by barter (in this case for personal gains) and posture politics; overly sentimental mix of fake geniality, cheap spin as well as platitudes.

We seem to live in a looking glass world where things are not what they appear to be and in the midst of our realities, we have continued to put heavy-duty masking tape on our fundamental socio-political and economic problems.

So, the question is what exactly do we as Sierra Leoneans want?

Despite the numerous acclaimed individuals we have scattered all over the world, Sierra Leone’s lifeline has continued to be in the grips of talentless, self-promoting elites who are incapable of sorting out the crooks who flourish in the moral vacuum that their incompetence creates.

Instead of flagging up our decline they have ensured that we continue to hide under the cloak of tribalistic patriotism, the outpouring of sycophantic fawning and scrapings from the media, which are all designed to ensure the harmony of gushing, ‘hosanna’ hero-worship, which we as a nation are supposed to sing in unison.

For too long, we have glossed over our situation and played politics with our future.

Instead of appreciating the fact that the base of our national life is flawed and needs a solid rock on which to build, we have continued to put the blocks of socio-economic and political development on a crooked structure laid by selfish and self-centred leaders who are very much aware that a sensitive conscience is an expensive luxury.

For me, the sticking point about the current state of our politics as practiced for the past 45 years and heightened in the last decade or so, is that it is harmful to taking an essential view of the country's best interests; it is opportunistic, short-term fixations and most times, a sleight of the hand.

With corruption scandals, electoral and political intrigues and violence, economic stagnation and grinding poverty competing for column inches, the failure of our leaders to clean up their mess, address inherent social problems and ensure that partisan wrangling does not becloud the great divide between the social strata, has left the people increasingly questioning whether democracy, state institutions and those in authority who shape their lives, are fit to exercise such stewardship.

There is no need trying crude ruses to counter personal and political distaste. If the past is any measure, then there appears to be an incredible arrogance in most of our politicians who behave as if they have the inordinate right to rule as they are better than most of us.

Buoyed by the sad reality of our refusal to take an ice-cold reality-shower and appreciate that our entire society is mired in a malaise that reverses progress the political class and its lackeys have continued to propound the false doctrine that politics is a power game instead of the art of selfless service to fellowmen.

Our national politics has become nothing but a sophisticated, cynical, advertising exercise designed to enable one political party rather than another to retain power; or regain it by winning the next election. Public interest has ceased to be the driving logic of it.

So far from my assessment, the response to deepening recession, continued poverty, social imbalance and other societal ills indicate that some of those in the political sphere are running out of ideas or are still busy playing politics.

This explains why the people sees the current generation of politicians as locusts, hell-bent on draining the country dry before they die.

Fortunately though, despite the fact that a section of the political class and the media continue to appeal to old notions of tribal, religious and social endeavors, reinforced by traditional symbols of sentiments, a majority of the people are beginning to realise that this coming elections will reveal to even the masses, that the bond between citizens and the state is fundamental to democracy; just like the bond between a dog and its owner is built on unconditional love, sustained by diligence and nurtured with trust.

This is why those who are only seeing now as their moment, rather than a national opportunity for stock-taking, should realise that moments pass and so there is no need to continuously put buntings over the people’s eyes.

Let those who are more interested in personal agendas spare us some cringe-worthy pronouncements, writings and spins and instead gain from history lessons. Let them leave behind, political maneuverings and the same tired old style of ideologue, division and worn-out cloth of the past.

The vitriol aimed at opponents need to run out of steam. Those who chose their candidates are also Sierra Leoneans with the right to clamour behind whoever they want.

I believe that rival ideologies should be left to compete for national domination and the people should not be patronised and treated like infants by their political leaders and self-created mouth organs, who fail to appreciate that the Cold War is long gone, and there is no need to make the political arena, exceptionally chilly.

At the heart of a properly functioning socio-political economy, is the basic principle of a determination to buckle down to sheer graft; good governance, rule of law and pure democratic imperatives and not the current bizarre sentiments by commentators and political harlots who, rather than question the rationale of issues that are of least interest to the majority of the people, canvass their continued retention instead.

For those who believe in the dignity of politics and gravitas of governance, I am sure they will agree with me that what Sierra Leone requires at this point of its development is not the suspended animation of the present but the capacity to co-ordinate our human and natural resources in a synergistic way to push the country forward.

While verbal jousting might spice up our politics, we need to appreciate that concrete plans to get our economy moving, our society reformed and our nation’s coherence back on track are issues with more streak of quality.

Consequently, it is not just winning elections that will redress this imbalance or the dubious compendium of a series of impositions upon which foundation the present faulty structure rests.

Rather, it is the bigger revolution of attitude on both the part of the electorate and aspirants to leadership positions, to restore our sense of commitment to a wider and better society.

If we are to achieve the desired progress, we should realise that our politicians in whatever shape or form and their political friends in the media should no longer be allowed to hide behind words or seek justification for trumpeted policies and behaviour in the way they have and are trying to craftily portray them to the gullible masses.

It is clear that most of those who support, or are in the mainstream parties, have also failed to grasp just how ill-conceived their attitude aggravates the already charged situation whereby everybody feels short-changed.

The bitter squabbling between maniacs at either end of the political divide who are mired in a combination of confusion and denial is a reflection of the self-destructive myopia that is one of our gravest afflictions.

After more than half a century of independence and with all the resources that dot the national landscape, this year may just be the beginning of the journey to the new nation of our dreams where the failures of this and past regimes will be turned to greatest opportunities by all eligible voters that cast their votes for the great change we yearn.

But gradually though, as the leaders concentrate on their game of thrones, it is clear that we don’t want a regime whose only answer to the plight and economic challenges facing the nation is to forget to lace its trainers; to do the basics, check the facts, work out the anomalies, and be in tune with the music of unintended consequences as it starts the political equivalent of the hundred metres race.

The electorate can therefore be forgiven for wondering how decisive leadership is going to come from so many unworldly, professional politicians, who refuse to act on the demands of the people for fear of upsetting those who don't live here and those who are unelected but wield enormous power and influence.

As a matter of fact and in an irony of democracy, there is a different set of facts out there which shows that today, life chances have not changed from the depressingly class ridden rich and poor divide. In fact, it is worse.

I believe the reality is beginning to seep through.

No doubt there is a lot of despair in the country but luckily enough there is also a lot of hope.