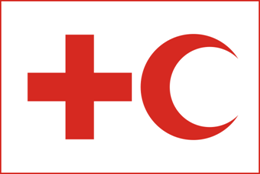 The International Federation of Red Cross and Red Crescent Societies (IFRC) and the Sierra Leone Red Cross Society (SLRCS) are responding to a growing cholera crisis in the capital Freetown and surrounding areas.
GENEVA, Switzerland, August 17, 2012/ — The International Federation of Red Cross and Red Crescent Societies (IFRC) (http://www.http://www.ifrc.org/) and the Sierra Leone Red Cross Society (SLRCS) (http://www.sierraleoneredcross.net/) are responding to a growing cholera crisis in the capital Freetown and surrounding areas.
Sierra Leone's government has declared the cholera outbreak as a national emergency after 176 deaths and 10, 800 cases were reported since January. There has been a spike in reported cases since mid-July and the onset of the rainy season. Over the past 5 weeks, 6000 cases alone have been confirmed. But there are fears that many other cases have not been officially reported.
“This current outbreak of cholera has the potential to be devastating and is proving very difficult to control,” said Amanda McClelland, IFRC Emergency Health Coordinator. “We are particularly concerned by the rising numbers in Freetown which suffers from overcrowding, poor sanitation and lack of safe water access – all factors which contribute to this deadly disease. There have been over 250 patients a day in Freetown health centres in just the last week.”
The IFRC has launched an emergency appeal for 1.1 million Swiss francs to help the SLRCS to strengthen its response against the epidemic.
“The level of funding we have now is simply not enough to handle this emergency”, says McClelland. “We need to mobilize and act now and prevent as many deaths and new cases as possible. To wait until we see the number of deaths in recent outbreaks like Zimbabwe and Haiti is a mistake. This can be prevented and controlled with enough of the right resources.”
Cholera is an infection of the small intestine that can cause acute diarrhoea and vomiting and can kill in hours. People get the infection by eating or drinking contaminated food or water. The IFRC is now concerned that the disease could spread to other parts of the country. Neighbouring Guinea, parts of Mali and Niger have also been affected by the outbreak.
Funds raised from the IFRC appeal will be used to organize awareness activities on good hygiene and sanitation in 4 districts affected by the cholera outbreak (Kambia, Port Loko, Tonkolli and Moyamba). SLRCS Red Cross staff and volunteers, who have been responding to this epidemic throughout the year, will chlorinate wells, and make house to house visits to educate community members on how prepare oral rehydration salts solution. The rehabilitation of water sources and construction of latrines will also be a priority as efforts continue to contain this epidemic. The IFRC and SLRC are working in coordination with the local authorities, the World Health Organization (WHO) and other partners across the affected areas.
An IFRC Field Assessment and Coordination Team (FACT), comprising experts in health, water and sanitation was deployed to the country earlier this week to support the SLRCS.
For more information or interviews contact:
In Sierra Leone:
Patrick Massaquoi
+23276632753
Massaquoipatrick@yahoo.com
In Addis Ababa:
Moustapha Diallo, Communications Officer/West Africa & Communication Manager Ag, IFRC
Mobile: +251 930 033 413 moustapha.diallo@ifrc.org
In Geneva:
Sadia Kaenzig, IFRC Senior Consultant, Health Communication.
Mob. +41 (0)79 217 3386
Email sadia.kaenzig@ifrc.org