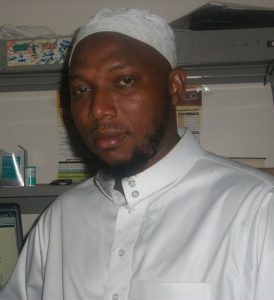 In the name of Allah the Most Beneficent, the Most Merciful

Religious tolerance is one of the great favors from God to our nation Sierra Leone, where Muslims and Christians could be seen living and working together in peace and harmony for national development.

This is a fundamental principle in Islam that no Islamic scholar will deny, but being falsely alleged on me in both the New Citizen and New Vision newspapers after The United Council of Imams ended their two day national delegates conference themed: “Islam in Sierra Leone and its challenges in contemporary period” held on 11th and 12th May, 2013, let me make use of this opportunity to share my belief with the people of Sierra Leone on the concept of tolerance in Islam.

Tolerance in Islam is a translation of the widely used Arabic word called: "At- Tasamuh" meaning to allow, or to forgive or to recognize the right of the next person to live. That's the literal or linguistic meaning, but conventionally, tolerance is used to describe the peaceful existence of the three most popular religions in the world (Islam Christianity and Judaism) and for each religion to recognize the right of the other to live and practice its faith without being harmed or hurt by the other, mainly to recognize the common feeling they all share as human beings regardless of colour, race, tribe, or faith.

The fact remains that if we all look at one another we'll see how alike we all seem to be as human beings created by one God through one man (Adam) and one woman (Hawa) Eve. And that the differences in colour and tribe have its own objectives designed by the creator Himself, not by anyone of us.

The Glorious Quran has called upon all of us to share this common feeling when it says:

"O mankind! We have created you from a male and a female, and make you into nations and tribes, that you may know one another, verily, the most honourable of you with Allah is that (believer) who has At- Taqwa (piety). Verily Allah is all knowing, All aware". Al-Hujurat: 13

Islam has ever since built it's civilization on the basis of tolerance, it never discriminated against the religions that preceded it, nor did it stood against the different ideologies and beliefs that existed, but instead, its slogan has always been:

"Announce the good news to my slaves, those who listen to the word (of Tauhid) and follow the best thereof, those are the ones whom Allah has guided and those are men of understanding". Az- Zumar 17-18.

Because of this, we find among the basic principles of civilization on Islamic tolerance the following points of understanding:

1- That all the religions of the sky originate from one source; Allah said:

2- That all the Prophets were brothers and they all came with one message, and we must believe in all of them. Allah said:

"Say, (O' Muslims) we believe in Allah and that which has been sent down to Abraham and Ishmael and Jacob, and to the Asbat (the offspring of the twelve sons of Jacob) and that, which has been given to the Prophets from their Lord, We make no distinction between any of them and to Him we have submitted". Al- Baqarah 136.

3- That one must not be forced in to a given faith, but rather through persuasion and conviction. Allah said:

"There is no compulsion in religion; verily the right path has become distinct from the wrong path". Al-Baqarah 257.

4- That all places of worship must be honoured and respected, and effort must be made by all to protect and preserve them. Allah said:

"Had it not been that Allah checks one set of people by means of another, Monasteries, Churches, Synagogues, and Mosques, wherein the name of Allah is mentioned much, would surely have been pulled down". Al-Hajj 40.

5- That the differences between people must not lead to enmity and to the fighting and killing of one another, instead they must cooperate together to enjoin what is good and prevent the evil. Allah said:

6- That the differences in religion must not prevent the enhancement of benefits and mutual cooperation in other works of life. Allah said:

7- That in the case of any differences between the religions let them argue it out in a better way. (i.e. free from violence) Allah said:

"And argue not with the people of the scripture (Jews and Christians), unless it be in (a way) that is better (with good words and in good manner, inviting them to Islamic monotheism)". Al-Ankaboot 46.

8- That insulting other people's faith is strictly prohibited, Allah said:

"And insult not those whom they worship besides Allah, lest they insult Allah wrongfully without knowledge". Al-An'am 108.

My good people, these are some of the principles that formed the basis of Islamic civilization, and that was how it first appeared to the world as a religion that does not discriminate other religions or drive away non Muslims from areas of work and social interaction.

This tolerance thereby became one of the doctrines of Islamic civilization ever since the Prophet Mohammad laid its foundation.

In fact, if we go back to the history of Islam, we'll find hundreds of examples of such tolerance. When the Prophet migrated from Makkah to Madinah, he met a great number of Jews in there, the first thing he did among the affairs of the state was to sign a treaty or covenant with the Jews, in which great honour and respect was given to the Jews, "the life of the Jews must be protected" it stated. And both Jews and Muslims must work together to fight any invaders from outside.

The Prophet had Jewish neighbors, he used to offer them gifts and receive gifts from them. When the Christian delegation came to him from Ethiopia, he lodged them in his Mosque and served them himself, He said: "These people were once generous to our people, so I want to serve them myself".

He once allowed a Christian delegation from Najran to do their worship in his Mosque, and when they requested a dialogue with him on Islam, he argued them in a very friendly and polite manner showing them a great deal of tolerance.

Not just the prophet was like this, but even his successors like Umar bin Khatab exercised a great deal of tolerance to Christians in Egypt and Jerusalem when he conquered these places.

This is the spirit of tolerance in Islam which governed the societies that were formed on the basis of Islamic civilization: that we must live together, accept one another, be kind and generous to ourselves regardless the differences of faith, appearance behaviour and other values.

This tolerance comes from our recognition as Muslims of the following values:

1- The dignity of the human being

2- The basic equality of all human beings

This is the Islamic concept on tolerance which I believe in and have been calling for, and this what I will say "yes" towards, thereby supporting the President Ernest Bai Koroma on his “Agenda for Prosperity” which needs a great deal of religious tolerance.

However, this does not mean the mixing of faiths, where one can be a Christian and a Muslim at the same time or a Sunni and Shite and Ahmadist at the same time, and the essence of the Makeni conference was to highlight the main differences of faiths between sects so that people will learn about their faiths and the faiths of others, and it is the right of everyone to learn about the existing faiths in the world. Today, we have Christians who are specialists in Islamic studies, and in order to be objective in this contemporal world we need to have basic knowledge on so many things. A subject called: Comparative religion is being studied in so many universities today in the world, but the problem lies in the fact that people don't want the truth to be said, so that they will continue misguiding others under the umbrella of Islam.

Note: The Author is a Sierra Leonean academic Doctor who spent 18 years at the renowned Islamic University in Madina Al-Munawarah. He holds PHD distinction with Honours in the studies of ‘AQIDAT’ (Islamic Faith).