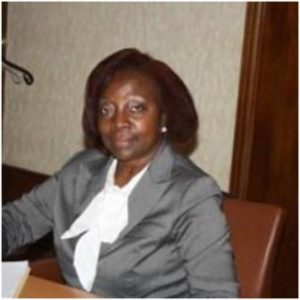 The Sierra Leone government, through the Ministry of Foreign Affairs and International Cooperation on Thursday, June 21st announced the immediate suspension from office of Madam Sabainya Lamboi-Bandamoy (in photo), Honorary Consul-General of the Republic of Sierra Leone to the Kingdom of The Netherlands.

According to an official Memo from the office of the Director General in the Ministry of Foreign Affairs and International Cooperation, she’s been suspended from office for “alleged financial malpractices in Sierra Leone”. The Memo further directed the supervisory Embassy in Brussels to effect the suspension immediately.

It could be recalled that since the appointment of Madam Lamboi-Bandamoy over two years ago, she’s been enmeshed in series of financial malpractices ranging from failure to give proper accountability on consular issues like the sale of visa stickers, Attestations and most recently, a reported case of duping the Sierra Leone Chamber of Commerce.

Sierra Leoneans in The Netherlands are therefore advised to cease transacting any business with her.