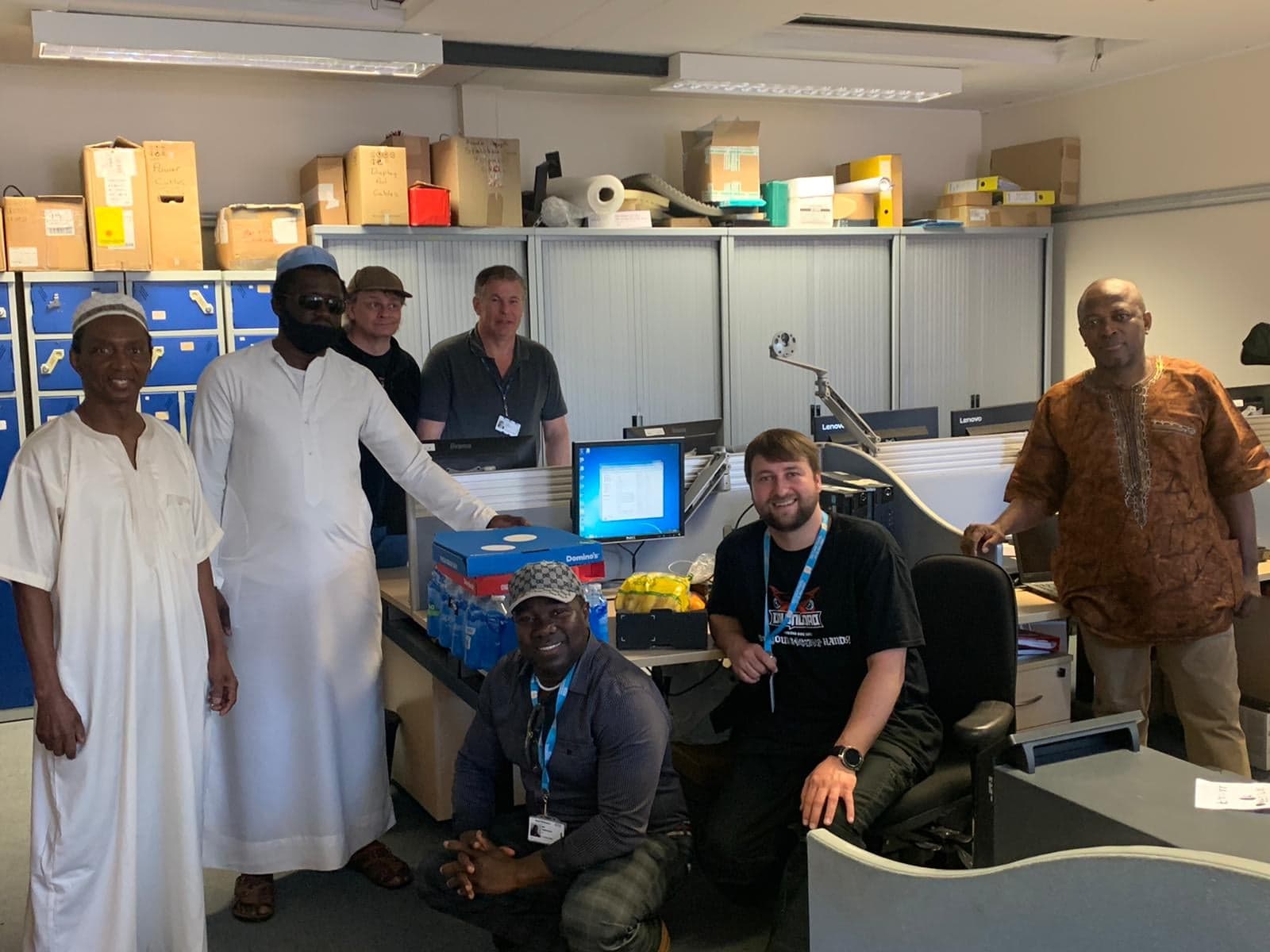 The Sierra Leone Islamic Association (SLIA)-Reading branch paid a courtesy call on staff at The Royal Berkshire Hospital on the 7th May to donate gifts of food items. The association, which has long-standing relationships with many local organisations in the County was represented by a cross section of the executive body. The gifts which included food items like pizza, fruits, water, cakes and many more were presented ,on behalf of the association  by the Chairman Shebora Kamara He was accompanied by Unisa Sankoh (Social secretary), Mohammed Momoh Bangura- (Assistant Social secretary) Ibrahim Sorie Jalloh (Financial secretary) and Mamadu Kakay, a very prominent member of the association.

During his presentation, the chairman stated that the donations were made in the spirit of the Ramadan period, which is one of the five pillars of Islam; to give zakat. He reiterated the essence of Ramadan and the tenets that are enshrined in the religion. He stated that Ramadan is not only a period of abstinence, but also a time to be thankful to Allah for his bounties. He also stated that Ramadan is the time to relate and empathise with those that are less fortunate. He said that the Holy month is a period for Muslims to reflect on our deeds and relationships with one another.

In addition, he said that Ramadan allows the Muslims to acknowledge and realise what it means to be in need. The Financial Secretary, Mr Jalloh also emphasised that kindness from Muslims should be exercised to all and sundry, irrespective of their religion, race or otherwise. He said that this is one of the very important teachings of Islam; to help others in time of need.  Mr Mamadu Kakay, a prominent member of the association chipped in, that “blessed is the hand that giveth and the hand that taketh”, and that the period of Ramadan is a blessed month for all Muslims to give a helping hand to their neighbours.

Mr Unisa Kamara, the Social secretary who was also present for the occasion noted that in spite of the corona pandemic, which has seen mosques and other places of worship closed, Muslims are expected to continue their worship and exercise the teachings of the Holy Quran. He noted that this period has been very difficult for Muslims as well, especially as members have not been able to congregate during the Iftar times; to break fast.  He said that over the years, the members have always met for prayers; but that it has been difficult this time because of the pandemic.

The occasion was graced by the presence of Mohamed Bangura, Assistant Social Secretary, who works for the Trust also stated that the gifts were a token of recognition and gratitude by the SLIA, to all the health care frontline workers for their selfless sacrifices to the nation.. He said that such sacrifices made are in line with the teachings of Islam.  He noted that the association aims to foster good relationships and play active roles in diverse ways in the community.

Receiving the gifts on behalf of the department, staff expressed their appreciation for the effort. In response, the Chairman spoke about the association as an active organisation of the local communities, and that it aspires to play a vital role among Muslims in particular and the community at large. He acknowledged that the majority of its members are immigrants who have settled well in the local community. He further urged all members to feel as part of the community and contribute in various ways to promote cohesion and better understanding of the diverse community.