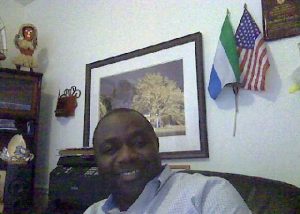 In an unanimous decision, a three-judge panel of the Court of Appeal of the State of California First Appellate District – Division Four agreed Thursday, February 7, 2013 with the trial court that Mr. Iscandari failed to fulfill the “effects test” as laid down in a 1984 decision by the United States Supreme Court in a case called Calder v. Jones.  The Calder effects test requires intentional conduct expressly aimed at or targeting the forum state in addition to the defendant’s knowledge that his intentional conduct would cause harm in the forum.  Therefore, in Mr. Iscandari’s appeal California courts could not properly exercise jurisdiction over Respondents.

It is not clear whether Mr. Iscandari’ strategy solely relied on the Long-Arm Statute, a legal provision that allows a state to exercise jurisdiction over an out-of-state defendant, provided that the prospective defendant has sufficient minimum contacts with the forum state.

The crux of the matter, according to court documents is the New People Online Newspaper published a series of articles in May 2008 that discussed Mr. Iscandari’s handling of an Arizona wrongful death case, including his management of settlement money and expenditures he incurred while in Sierra Leone.  The articles were critical of Mr. Iscandari’s professional ethics.

In response to the first article, Mr. Iscandari contacted the editor through the link to the e-mail address featured on the Web site, and requested a retraction.  NPN reported on the letter to the editor and in the article put out a call for Mr. Iscandari’s documents or statements that would disprove the authenticity of the initial report.  In a later news story appearing in a November 2008 column titled “Ariogbo Speaks,” the writer stated:  “Ariogbo wants the whole world to avoid the lawyer turned 419 scam artist like a plague.” 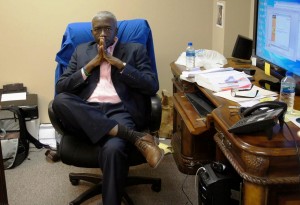 Attorney Iscandari filed a lawsuit in April 2009, alleging causes of action for libel, false light, and intentional and negligent infliction of emotional distress against NPN a Georgia corporation that operates an online newspaper accessible throughout the world over the Internet; Mr. Kallon, a Georgia resident, chief executive officer and majority shareholder of NPN; Dr. Muana, a Texas resident and professor at Texas A & M University, periodically reviews articles for the NPN and Dr. Mustapha a professor of comparative politics and Mr. Mannah a resident of New York.

In disposition, the three-judge panel concludes the trial court correctly determined no defendant was subject to personal jurisdiction in California, and service of summons was properly quashed.  We affirm the order granting respondents’ motion to quash.

The appellate court decision in favor of NPN now leaves Attorney Iscandari two options: he can either take his case to the California Supreme Court or to the 9th Circuit – a US federal court with appellate jurisdiction over 13 district courts including California.

Mr. Iscandari did not return calls to his cell phone or to his Law Offices in Oakland, California seeking comments on the appellate court’s affirmation.

Meanwhile, during a phone interview late Friday with Mr. Kallon from Acworth, Georgia in the United States where he said he is on a 4 day visit with his family – he vehemently denied published reports that he plans to file a lawsuit “I’m not going to comment on whether to file a lawsuit or not against Alieu Iscandari to recover legal fees.  And, I am really not going to comment on the article in NPN that says otherwise.  I no longer write articles for that paper anymore.  If I was to sue him, I wouldn’t let him know in advance because I am not going to reveal my strategies,” Mr. Kallon cautiously said.

Mr. Iscandari’s refusal and his ‘blatant face book’ post announcing that he did this specifically to get us to spend money is equivalent to malicious prosecution for which he could have been disbarred to practice law in the state of California.

“Lawyers like Alieu Iscandari and the Iscandari’s of the world are the kinds of people that give the legal profession a bad name and a bad reputation.  Using his ‘office people’ when they don’t have to pay any other lawyer to do their work so they abuse the system.  Please ask him how much money he earned last year and how much taxes did he pay?”