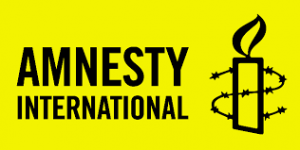 Sierra Leone: Ebola Regulations and Other Laws Must Not Be Used to Curtail Freedom of Expression and Assembly

Now that Ebola cases are reducing and schools have re-opened, the government should immediately review the State of Emergency provisions and ensure that only provisions strictly required to fight the Ebola epidemic remain in effect. Rights to freedom of expression and peaceful assembly must not be unnecessarily or disproportionately curtailed

The call comes following an increase in arrests of opposition members, bans on

peaceful protests and an unwillingness to tolerate dissent that has heightened following the removal of former Vice President Samuel Sam-Sumana on 18 March. Even though cases of Ebola have sharply reduced in Sierra Leone, State of Emergency measures have been increasingly used alongside other laws to stifle criticism, some of which are thought to be linked to the removal of the Vice President.

On Sierra Leone’s Independence Day, 27 April, 15 members of the main opposition party, Sierra Leone People’s Party (SLPP) and a Senior Officer from the Human Rights Commission of Sierra Leone, were arrested in Kenema (East) and are currently on trial. There are concerns about excessive use of force by the police with several people injured. A march organised by the Sierra Leone Association of Journalists on Independence Day in Freetown was also banned. Eight days earlier, 10 people were arrested for protesting outside the US Embassy, while in March a meeting of the Bar Association was broken up. In contrast, assemblies and events held by the governing party have been allowed.

In November 2014 a journalist was detained for 11 days for criticising the Ebola response, and in April 2015 eight people from Kono were detained for six months without charge following disorder linked to a suspected Ebola case. Last month a man was charged with insulting the President after having forwarded a Whatsapp message he did not author. In all of the cases, apart from the latter, State of Emergency powers were cited as reasons for police action.

All restrictions on human rights under the State of Emergency and other laws must be in accordance with international law and standards, and not be arbitrarily or discriminatorily applied. Certain rights, such as the right to a fair trial or prohibition against ill treatment, cannot be derogated even during a State of Emergency. The focus must be the fight against the Ebola epidemic and not stifling of dissent.

Amnesty International calls on the government of Sierra Leone to urgently review the State of Emergency provisions and to ensure that everyone can exercise their rights to freedom of expression and assembly in conformity with international and regional human rights law. The organization also calls for an independent and impartial investigation into the allegations of excessive use of police force in Kenema on Independence Day.

On 27 April 2015, Sierra Leone’s Independence Day, 15 people were arrested in the city of Kenema following a protest at the office of the Sierra Leone People’s Party (SLPP). Witnesses described how police fired teargas into a crowd of about one hundred people and how people were beaten with canes. The police later stated the arrests were carried on under the State of Emergency provisions prohibiting public gatherings and claimed they had refused permission for the protest to be held.

Following the protest, the chairperson, Ella Goba, and Public Relations Officer, Dawson Kuyateh, were then arrested and beaten when they went to the police station to enquire about the persons detained.

Photos confirmed by witnesses show that her injuries included a swollen face, a black eye and wounds to her arms and back. Mr Kuyateh’s lawyer stated that he had wounds on his neck and head.

The Senior Regional Officer of the Human Rights Commission, Hassan Yajah, was also arrested and reportedly beaten at the police station as he sought to intervene. On the same morning he spoke on the radio about a recent Human Rights Commission press release that raised concerns about the discriminatory application of the State of Emergency.

The 15 SLPP members and the Senior Regional Officer of the Human Rights Commission were charged with 11 counts under the Public Emergency Regulations (prohibition of public gatherings), the Public Order Act and common law. They were refused bail on 28 April and again on 1 May, despite the defence lawyers making an application on medical grounds as many of the accused were in pain following their injuries. They are still detained in Kenema prison and will appear in court again on 8 May.

A march planned for Independence Day, 27 April, in association with the Sierra Leone Association of Journalists, to launch the Women’s Leadership and Participation in Zero Ebola campaign was banned. The Sierra Leone Police withdrew permission a day before stating that they had received information about groups planning to join the march to protest about non Ebola matters, which are not allowed under the State of Emergency provisions. 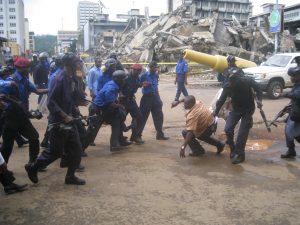 On 19 April, 10 people – many SLPP supporters – were arrested three days after holding a peaceful march outside the US Embassy. Protestors were singing the country’s national anthem and displaying placards concerning the Vice President’s removal as well as concerns about mismanagement of Ebola funds following a critical report by Sierra Leone’s Auditor General. The march was dispersed by the police who took down names of the organisers. The protestors understand they were arrested under the Public Emergency Regulations provisions, which ban public gatherings. They were detained for three days and then released on police bail. They have to report back to the police on a regular basis.

A meeting by the Bar Association at the Law Courts building in Freetown on 20 March 2015 was disrupted by the police. Reasons given include because the meeting was not Ebola related and also because the meeting had extended past 6pm. Many lawyers feel the reason is because they were about to vote on whether the President’s act to remove the Vice President was unconstitutional. One lawyer was arrested as he left the Law Courts singing the national anthem and holding a placard with a group of lawyers, and was released a few hours later. A subsequent Bar Association meeting was refused permission to be held by the police.

Closing space for freedom of expression and assembly

Sierra Leone has been grappling with the Ebola epidemic for the past year which has claimed over 3,800 lives. The President declared a State of Emergency in July 2014 and passed the Public Emergency Regulations 2014. By-Laws for the Prevention of Ebola and Other Diseases were also passed by the Ministry of Local Government, including a ban on public gatherings. This was aimed at enabling the government and its partners to more robustly deal with the Ebola outbreak.

In a context of the decreasing Ebola epidemic, some concerns over increasing restrictions on freedom of expression and peaceful assembly have emerged. The Vice President, Sam-Sumana, was expelled on 6 March 2015 from the All People’s Congress (APC), the political party currently in power, whilst he was in self-enforced Ebola quarantine. The President sacked him on 18 March and appointed a new Vice President. Sam-Sumana has petitioned the Supreme Court to block his replacement from carrying out his duties pending a final ruling on the legality of his dismissal. The court has still not made a decision but a wave of protests followed, particularly in the diaspora, raising concerns about the constitutionality of this action and perceived mismanagement of Ebola funds.

Amnesty International has previously expressed concerns about the increasing restrictions on the right to freedom of expression and peaceful assembly over the past few months, through use of the State of Emergency and other laws. These rights are enshrined in Sierra Leone’s Constitutions and other regional and international human rights treaties to which Sierra Leone is a party, such as the African Charter on Human and People’s Rights.

On 23 April 2015 the Sierra Leone Human Rights Commission put out a press release raising concern about the discriminatory implementation of the Public Emergency Regulations 2014, particularly Section 15 which derogates the Right to Freedom of Assembly and Association. They observed that some groups have been allowed to assemble and express their views but others have been denied an opportunity by the Sierra Leone Police. They also urged Parliament to review the State of Emergency regulations given the reduction in Ebola cases and the reopening of schools in early April 2014.

Amnesty International had previously highlighted the situation of two women and six men from Kono who were detained for six months without charge under an Executive Order by the President following an alleged riot relating to a contested suspected Ebola case. A further five men were detained under the same Order between February and March 2015 in relation to the same incident. Constitutional safeguards, such as review of their detention by an independent tribunal, were not followed. The two women, were released on 12 April, following civil society activism, whilst the eleven men were finally charged on 21 April after a habeas corpus application was filed. It is thought a reason behind these arrests is because they are thought to be supporters of the former Vice President.

Amnesty International also previously highlighted the case of journalist David Tam Bayroh, who was arrested in November 2014 for comments made on his programme regarding the government’s response to the Ebola outbreak. He was shown an Executive Detention Order signed by President Ernest Bai Koroma, which accused him of incitement. He was detained for 11 days and released on bail. Other journalists state they practice self-censorship following this incident.

The government has reacted harshly to criticism from citizens as well as the media. Mamoud Tim Kargbo was charged with five counts under the Public Order Act 1964, including defamatory libel, for forwarding a WhatsApp message critical to the President although he did not author the message. The trial began on 8 April and is still ongoing. He has been detained in Pademba Road Prison for almost a month as his several bail applications have been refused. In another case, Ansumana Bangura was sentenced on 22 April 2015 to 6 months imprisonment on two counts of threatening language and public insult and provocation under the Public Order Act. He is supposed to have insulted the President in public and in the view of a police officer