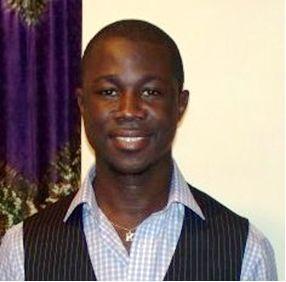 It has been an embarrassment both for our country and the highest offices of the state, yet our vice president Sam-Sumana told Cocorioko Newspaper in an interview that "Since the press conference this morning, I have received over one thousand calls and texts from jubilant people congratulating me". So the question is: what were they congratulating him for – the EMBARRASSMENT? And for Dave Kloeber, the greatest political blunder in the letter was that Dave ONLY disassociates himself from the contents of Mark Heiligman’s open letter published by the New People Online Newspaper and not the email correspondence from Mark, on his behalf to Pres. Koroma dated 27th September 2010. In essence the full content of that email correspondence in 2010 had the APPROVAL of Dave Kloeber. Similarly, even when Mark wrote his second letter dated 23rd July 2012 apologizing to our President, he deliberately fails to apologize for that 27th September 2010 email nor does he retract the specific allegation in the email regarding the $34,000 loan for run-off elections.

The reason why that personal email to Pres. Koroma is so crucial is because it categorically states the purpose of the $34,000 loan “Lastly, you (Pres. Koroma) may remember speaking directly with both myself and Mr. Kloeber after Dave had sent a loan for $34,000 to you and Sam, IN ORDER TO HELP YOU PAY FOR THE RUN-OFF ELECTION for which you thanked us PROFUSELY”. So if Dave approved the purpose of the $34,000 run-off loan in the email of September 2010, how on earth can he by inference disassociate himself from a restatement of the same purpose of the loan in Mark’s open letter to the New People newspaper? Come on Dave, you may have access to dine with our politicians because of the loans you give to them but Sierra Leoneans are NOT stupid.

Funnily, in Dave’s letter to V.P Sam-Sumana dated July 24th 2012, he conspicuously and deliberately fails to comment on the purpose of the $34,000 loan rather Dave cunningly codes the purpose of the loan by stating that the borrowed $34,000 was being “utilized accordingly”. The truth is: we all know what Dave meant by “utilized accordingly” because the email of 27th September 2010 that Dave instructed Mark to send to Pres. Koroma stated it was to pay for the run-ff elections.

So why does the purpose of the $34,000 loan really matter? It really matters because the receipt of the cheque of $34,000 from Dave Kloeber as a loan for the 2007 run-off election contravenes sec (19) subsection (1) of the Political Parties Act 2002 which deals with funding of a political party as stated “The SOURCE of funds of a political party shall be LIMITED to contributions or donations whether in cash or in kind of persons who are entitled to be registered as voters in Sierra Leone”. Therefore, the obvious question is: in 2007 was Dave Kloeber entitled to be registered as voter in Sierra Leone? The answer is NO. And the loan was definitely a source of funds for the APC to fight the run-off elections.

Equally, from Dave Kloeber’s letter, he seems deliberately trying to exonerate our President from the $34,000 loan by stating that he lent the money to V. P Sam-Sumana. However, he seems to have forgotten that in the September 27th 2010 email, Mark sent on Dave’s behalf to Pres. Koroma it was stated that “Dave had sent a loan of $34,000 to you (Pres. Koroma) and Sam, in order to help you for the run-off elections” and further the email reveals Pres. Koroma spoke DIRECTLY to both Dave and Mark on the phone about the receipt of the loan for which Pres. Koroma thanked them PROFUSELY.

Most significantly, it is safe to suggest that even Pres. Koroma acknowledged the receipt of the $34,000 loan for the run-off elections in an email reply to Mark by Brian Gilpin, the Personal Assistant to President Koroma, on Thursday, 7th October 2010 in which Brian was directed to acknowledge Mark’s email correspondence of the 27th September 2010 and states “the contents of which are WELL NOTED”.  So if Pres. Koroma never had any direct communication with both Mark and Dave as APC spin doctors claim and he never received the $34,000 loan for run- off elections in 2007, why did Pres. Koroma fail to direct his Personal Assistant, Brian Gilpin, to include in the reply of 7th October 2010 that Pres. Koroma did not REMEMBER having a CONVERSATION on the phone with both Mark and Dave and that the President did not REMEMBER receiving a loan of $34,000 from Dave to pay for a run-off elections? Rather, Brian wrote in the reply to Mark in the email of the 7th October 2010 that “The allegations made therein are being investigated and further correspondence would be addressed to you in due course”. But the obvious issue is: the paragraph in Mark’s email relating to the $34,000 loan for run-off elections and a conversation on the phone with Mark and Dave were allegations DIRECTLY AGAINST THE PRESIDENT. So how was our President going to investigate the allegations against himself?

Interestingly, Dave Kloeber was wrongly briefed by the APC operatives before he wrote his letter, so in his letter as opposed to Mark, he acknowledged that the Vice President had paid back the company the $34,000 loan. But sorry Mr. Dave Kloeber, the issue in sec 19 (1) is not whether the President and/or V.P Sam-Sumana has paid back the run-off loan rather it was whether it was used as a source of funding for the elections and definitely it was as indicated in the email sent on your behalf on the 27th September 2010. The spirit of sec 19(1) of the Political Parties Act 2002 was to safeguard against foreign investors, foreign business leaders and foreign companies like yours not to exert any influence on our national elections either through campaign contributions in the form of loans or donations which will determine the outcome of the elections against the will of the majority voters which happened in the 2007 election results. Therefore, by receiving the cheque in 2007 from Dave, a foreign business man, Pres. Koroma and/or V.P Sam-Sumana may have violated the spirit and letter of sec 19(1) of the Political Parties Act 2002.

Amazingly, to escape the embarrassment the official position of the minister of information was not to deny the receipt of the loan for the run off but he was more interested in telling us that a mere $34,000 would not bankroll an entire presidential elections in Sierra Leone. Yes, we know that but in the email to our President of 27th September 2010, the $34,000 was ONLY for the run-off elections and NOT the ENTIRE presidential elections. Hence, such a loan would have been used for transportation for extra APC party polling agents in the South and East; more refreshments for APC party polling agents in Freetown; printing of extra campaign materials and the list goes on.

Similarly, when the Minister, the Vice President and other APC operatives are claiming that this whole diamond transaction saga and run-off loan embarrassment have been the work of the opposition, you can’t help but laugh. This is because the APC seem not to understand that the work of a responsible opposition is to expose and hold the government to account on matters which involve high degree of PUBLIC INTEREST. For instance, in 2006 in the United Kingdom, the greatest political scandal which undermined Tony Blair and hastened his resignation as Prime Minister was the LOANS FOR HONORS which concerned political donations to Tony Blair’s party by business people for peerages. The person who prompted the investigation by the Metropolitan Police in the UK into the scandal was an OPPOSITION MEMBER OF PARLIAMENT of the Scottish National Party, Angus MacNeil. So that is the work of the opposition anywhere in the world:  exposing and holding the government to account for the people.

Therefore, as we all curiously wait to see our vice president dragging Mark Heiligman to an international court as reported by a local newspaper, VOTERS will be asking till Nov 17: