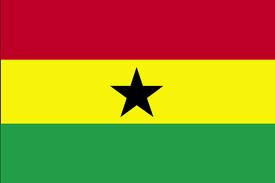 It doesn’t matter if Ghana’s 2012 general elections is a year away; campaigning of some sorts is underway. Democracy-crazy, everyday appears to be campaigning day. The mass media is charged. Character, development issues, policies and programmes jumble easily with foul language and the irrational juju-marabou spiritual predictions. The past veers into the present and the present into the past.

While the unfolding political drama can be entertaining, it is sometimes awkward. The ruling National Democratic Congress (NDC) touts its incumbent President John Atta Mills as honest, and accuses the main opposition National Patriotic Party (NPP) presidential candidate Nana Akufo Addo as once dabbling in marijuana. The NPP sells Nana Akufo Addo as having big development ideas, and charges Atta Mills as visionless.

Despite the universality of all this, it is the peculiar Ghanaian/African cultural sensibilities that disturb the infant democratic process: the appropriation of traditional spiritualists into the democratic politics that is expected to generate development thoughts.

A non-Ghanaian may find it weird to read headlines like “MOCTAR BAMBA: NANA ADDO’S ADVISOR ON JUJU AFFAIRS …Yes, I consult spiritualists in Mali, Nigeria and Benin” or “A Kumasi-based Spiritualist Predicts Atta Mills Will Win the 2012 Elections.” “Sheikh Mallam Musah had prophesized that the current leader of the opposition NPP Nana Addo Dankwa Akufo Addo has not been spiritually chosen to lead this nation after the 2012 elections … According to the renowned spiritualist the NPP will again suffer a painful defeat from the hands of the ruling National Democratic Congress (NDC) come 2012 because the flag bearer is not spiritually ordained to rule the country,” the Accra-based The Al-Hajj newspaper reported.

As expected, the NPP responded, pandering for metaphysical attention. Its national organizer, Moctar Bamba, repudiated Sheik Mallam Musa’s prophesy. Moctar said he has been undertaking “spiritual consultations on behalf of Nana Akufo Addo which shows that Nana Akufo- Addo will win 2012 elections.” The spiritual consultations, Moctar disclosed to shocked Ghanaians, took him to some West African states such as Nigeria, Mali and Benin.

The leaks may seem like some sort of spiritual playact to score political mileage in a vastly superstitious society but some members of the political parties do consult and spend large amount of money on traditional spiritualists and prophets to determine whether they will win elections or not. And where appropriate, elaborate spiritual rituals are undertaken to turn predicted lose into win.

Whether false or not, both the NDC and the NPP are deliberately tapping into the mind-set of gullible Ghanaians, who are stuck with the spiritualists, and, like their politicians, find it difficult to extricate themselves from such absurd believes. The political spiritual battle between the NDC and the NPP is seen in the spiritual imageries that have quietly been projected by the Atta Mills presidency over the past three years. The effects are dramatic and intoxicating. The NPP occasionally counter it but the game rolls on, fast heating up as the 2012 general elections approach.

Dominic Nitiwul, the NPP Member of Parliament for Bimbilla, created a row recently when he alleged that “President John Evans Atta Mills was helped spiritually to win the presidency by a “magic ring” he wore during the 2008 elections.” Since becoming President, Atta Mills’ obsession with spiritualists is an open secret. Despite Dominic Nitiwul, with MBA and LLM degrees, expected to be exceptionally rational in dealing with juju-marabou spiritual issues, plays-on, pandering to the irrational juju-marabou spiritual sports. The popular Nigerian spiritualist, Temitope Balogun (TB) Joshua, founder of the Lagos, Nigeria-based The Synagogue, Church of All Nations, plays the spiritual game well with President Atta Mills.

Like Sheikh Mallam Musah, TB Joshua is alleged to have prophesized that candidate Atta Mills would be President of Ghana during the 2008 presidential election. Superstitiously, candidate Atta Mills visited TB Joshua before the 2008 presidential elections in Lagos. Like Grigori Rasputin, the Russian mystic who had immense influence on the Russian Emperor Nicholas 11, TB Joshua is said to have powerful control over Atta Mills, helping him participate in the political spiritual sports.

The NPP, bent on wrestling power from Atta Mills and his NDC, isn’t joking. In Moctar Bamba, the NPP is playing the political spiritual games with the NDC. Such excessive concentrations on the spiritual games have made scientific opinion polls less listened to. Few scientific opinion polls are independent; most are conducted by the political parties. Like the spiritual predictions, each poll appears coloured by where the polling organization is coming from. Each political party disagrees with any poll that doesn’t favour their forecasts.

As an African development watcher, the preposterous Ghanaian political spiritual bickering, short of higher debates on development from the political class for Ghana’s progress, leaves me concerned.