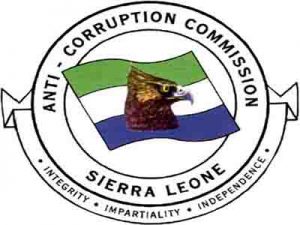 Mr. Joseph Kamara, Commissioner of the Sierra Leonean anti-graft agency, recently made a presentation at the Commonwealth Regional Conference for heads of anti-corruption agencies at the Zambezi Sun Hotel in Livingstone, Zambia.  Mr. Kamara’s presentation was said to be versatile as he was able to present the complex nature of corruption in Africa, using Sierra Leone as an undeniable example, in a very terse but comprehensible manner.  His ability to identify some of the causes of corruption which include poor condition of service in the public sector was also commendable.

However, what left Critique Echo with more questions than answers is Mr. Kamara’s claim about the police and the Sierra Leonean judiciary in the following sentences:

"I lost a case of 57 counts due to the revision of my salary when the judges' salaries were not revised. So they found a way to send a message, they did not strike, and they did not write a petition or press statement but the message was received," Kamara said.

"In Sierra Leone, police officers get US$25 and a bag of rice costs US$ 20. When statistics were conducted, the police ranked as the highly corrupt institution and I became a target. They stopped me one day and started asking the driver for his licences and insurance; when he produced them they asked for the passenger's driving licence," he said.

Mr. Kamara Sir, is it true that judges at the Sierra Leonean High Court are deliberately miscarrying judgments in cases charged to court by the Anticorruption Commission as a way of expressing their anger about poor condition of service?

When and against whom were the 57 counts charged?  Who was the presiding judge? How did you know that the judges had intentionally miscarried judgment in this case because you (the ACC boss) are paid better than them?

Why you never made those facts known to the Sierra Leonean mass media and only to reveal them outside the country? You can’t say you were afraid of anything, otherwise you wouldn’t have returned home after the conference in Zambia.

Is it true that Sierra Leonean police officers are paid USD25 a month which is Le 107, 25 equivalent, according to the conversion rate on the day you made your speech in Zambia?