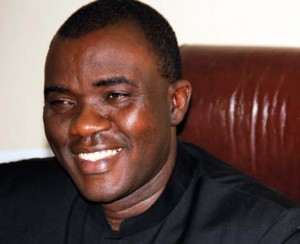 Some Sierra Leoneans have expressed fears that the unresolved allegation made against the new Chief of Staff, Dr. Richard Konteh, of probably using his office as the then Minister of Trade and Industry to acquire a government tractor without due process is about being swept under the carpet. The tractor, which was part of those supplied through a loan agreement between an India company and the government of Sierra Leone for local farmers to upgrade their traditional farming methods, was spotted at Konteh's Makama Lodge Guest House in Makeni where it serves as a tanker supplying water to the building.

Since the news broke out some few weeks ago, several civil society activists and members of the public have raised concerns over the continuous silence of either Dr. Konteh to proffer any explanation on the allegation or the Anti-Corruption Commission (ACC) to cite a breach of its best practices and guidelines on the use of government property.

A local farmer, Usman Kargbo, said it was significant that President Ernest BaiKoroma pay attention to the issue as farmers are still finding it difficult to access mechanized farming instruments such as tractors.He said Konteh should be able to tell Sierra Leoneans whether he was among those farmers who actually applied for the India-made tractors.

"If the president actually wants to address corruption within his government, he should have asked Dr. Konteh to explain to the public what the problem is. As farmers, we want the government to improve on the agricultural sector so that we can have the opportunity to send our children to school and generate enough foodstuffs through mechanized farming," he said.

A trader in Freetown, Hassan Muddy, said several efforts have been made by the government to improve on the standard of farmers in the country and it shouldn't be acts by people like Dr. Konteh that would hinder them.

"Our collective efforts can go a long way in putting Sierra Leone on the map of development. One of the problems responsible for the retrogression of the country is corruption and misuse of office. I am strongly supporting the idea that the

Chief of Staff should come out and make a statement on this matter," Muddy noted. One civil society member who thinks the issue should be given utmost attention is the Executive Director of the Society for Democratic Initiative (SDI), Emmanuel Saffa Abdulai, who said it is an abuse of office for a minister or the Chief of Staff to have kept a government-owned tractor meant for farmers at his guest house.

"It is definitely a case for the ACC," Abdulai said. "I don't know if the investigation is going on but the ACC needs to take it seriously and Dr. Konteh needs to make a statement on the issue."

While looking forward to the ACC regarding the matter, information reaching this medium revealed that frantic efforts are being made by Dr. Konteh and his lieutenants to lessen the pressure on the shady government tractor deal which has become a topical issue among many Sierra Leoneans.

It was reported that top officials of the anti-graft agency, ACC, were on Saturday 9th February 2013 invited by Dr. Konteh to attend his 50th birthday bash as a means to interact socially as well as start a process that would lead to the sealing of a lid on the burning issue.

In-house sources from the ACC said the personal assistant to Dr. Konteh forwarded two invitation letters to the reception desk of the commission last Friday for the ACC Commissioner, Joseph Fitzgerald Kamara, and his deputy, Morlai Buya-Kamara to the lavish birthday celebration at the Sangri-La Hotel and Restaurant by Lumley Beach Road, west of Freetown. Unfortunately credible sources have confirmed that the two personalities did not attend the party as they were both out of the city.

The birthday party went on with five cabinet ministers in attendance and major artists in the country including Alhaji Lamrana Bah aka LAJ of the Red Flag Movement, Mohamed Saccoh aka K-Man and the Freetong Players were on stage for Dr. Konteh.

Editor’s Note:
This is not the first time Dr. Richard Konteh has been named in messy games in President Kroma’s administration.  He was promoted from Deputy Minister of Development to Minister of Trade and Industry amidst series of accusations of gloomy transactions he ordered and supervised in the Development Ministry.   If Dr. Konteh was really competent in serving the nation and innocent of those accusations why the president keeps moving him from one place to the other without any logical explanation? His recent removal as Minister of Trade to Chief of Staff in the president’s office is viewed by many as a brotherly ploy by the president to conceal him from the eyes of the Sierra Leonean voters. Many observers say he still remains untouched by the country’s anti-graft commission due to his blood lineage with President Kroroma.  His newly constructed mansion hanging over Lumley is another prove of his sacredness in president Koroma’s administration.