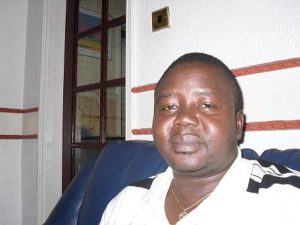 “The limitation of riots, moral questions aside, is that they cannot win and their respective participants know it. Hence, rioting is not revolutionary but reactionary because it invites defeat. It involves an emotional catharsis, but it must be followed by a sense of futility” (Martin Luther King). The worldwide condemnation that greeted the verdict that was handed down to the Russian punk band Pussy Riot has led to a variance in opinion, split along moral, religious and political lines. Just to set the records straight, the band Pussy Riot did not stage any riots, although their name may imply otherwise.

A riot is generally seen as the language of the unheard. As a punk band with such a worldwide following, Pussy Riot can hardly qualify as the “unheard”. The two year sentence that has been handed down to the band members can hardly pass for proportionate, and rightly so, has been condemned by many fans and musicians alike.. One cannot lecture others that they shouldn’t riot but you have to make the means of legal redress available. President Putin may not be an ardent fan of this idea, but there appears to be some legal redress available for such a stance.

The US, UK, and EU have all criticised the sentences as “disproportionate”, while the judge who handed the sentences described their action as “hooliganism” that has been used to offend “the feelings of Orthodox believers and shown a complete lack of respect”. Madonna, the queen of pop, Paul McCartney and politicians among others, have reigned in with their condemnations. Russian opposition leader Alexei Navalny believes that the band members are “in jail because it is Putin’s personal revenge. The verdict was written by Vladimir Putin”. Others like the EU foreign affairs chief Catherine Ashton and the UK’s Foreign office criticised the severity of the sentences.

The German Chancellor Angela Merkel, said that the sentences were “excessively harsh” adding “Today’s verdict calls into question Russia’s commitment to protect these fundamental rights and freedoms”. Amnesty International strongly condemned the court’s ruling, saying it showed “that the Russian authorities will stop at no end to suppress dissent and stifle civil society”. If you needed to see hypocrisy at work, look no further. Thousands of miles away in little known Marikana, in South Africa, 34 people lost their lives to police brutality during a protest. Their crime was to call for a pay rise of about $1000 a month for their hard labour in the world’s largest platinum producer.

South Africa produces 80% of the world’s platinum, which can be used for catalytic converters, electronics, jewellery, flat panel screens, to name but a few. We did not hear these do-gooders shouting their condemnation from their marble plated offices; for to do so will be like biting the hand that feeds them. The silence from the International Community remains deafening. But ironically, when members of a rock band are jailed for what some people see as a desecration of their place of worship, the whole world is asked to declare a month of mourning. Tssh.

In spite of the apparent worldwide condemnation of the sentence, there are many who feel that the initial protest by Pussy Riot was blasphemous, foolish and wrong. We should not forget that it was a brief but obscenity-laced performance, which implored the Virgin Mary to “throw Putin out” that enraged the Orthodox Church (BBC). A recent poll of Russians released by the Levada research group showed only 6% sympathised, while 51% felt antipathy or had nothing good to say about the group (BBC). As the saying goes, there is no bad publicity and you can bet that their next album is set to go platinum; courtesy of their fans attempt to glorify their stunt.

The nonviolent action of the band may have been merely to bring to the surface the hidden tension that is already alive, and even though it may not bring immediate and visible political effect, it is bound to gradually and indirectly, over time, gain in political significance. The distinction between an open violation of the law, performed in public, and a clandestine one is so glaringly obvious that it can be neglected only by prejudice or ill will. At face value, it appears that the Russian system is refusing to acknowledge the dignity of these members as human beings. But let us for a minute stop and consider the rights of others to practice their religion without coercion or otherwise.

If the Pussy Riot band was trying to make a political statement, one would think that they had numerous venues to do so; without infringing on the same rights of others, to worship freely, that they seem to promote. It is one thing to protest openly but another, to do so in a place of worship; which many of its followers consider sacrosanct. To hold their political protest in a place of worship is far from the kind of tolerance that they purport to promote. Broad tolerance in the matter of beliefs is necessarily a part of the new ethics. Their stint might have been humorous, but in as much as humour brings insight and tolerance, so are the irony that brings deeper and less friendly understanding.

This may be farfetched, but let us assume that it was the Chechen Rebels who took their political protest against the Russian authorities into a cathedral; would that have been seen as appropriate? Being a punk band or any band for that matter does not mean that they have a right to reside above the parapet of the law. The world may have shown a great tolerance in support of tolerance, but the action of the band members should not be misguidedly seen as just an act of freedom of speech. Freedom of speech does not mean that I have the right to shout “fire” in a jam packed cinema hall when there is no fire. What the sentence of these girls demonstrates is that the quality of true tolerance is as rare as the quality of mercy.

There is hardly any doubt that the Pussy Riot girls wanted to make a political statement, and like any other citizen, no one would begrudge them for that. However, there are a lot of places that these girls would have staged their protest. There are the Marble, Mariinsky, State Kremlin and Tauride Palaces all dotted around the country; places where their protest may have carried a more political symbolism than in a cathedral. Better still, they could have held an open air concert or released some tracks to draw attention to their protest. Legislations may not start a riot but the right song can make someone pick up a chair. The band, a Russian feminist punk-rock musical collective is known to stage provocative impromptu performances in unusual places, such as on scaffolds, in the Moscow Metro or on top of trolleybuses.

The connection between religion and violence is well documented from time immemorial, and we know that such a connection is not only multifaceted but equally complex. To say that religion has nothing to do with politics is a fallacy; for one can hardly recall any war that did or does not have a religious tinge to it. History teaches us that both have been strange bed mates since time began. From an African perspective, comedians and satirists have always referred to religion, as the harbinger that was used to usher in the colonial masters. There is a common sarcastic punch line; that while Africans were busy reading the bible and inculcating the new religion, others were busy carving up the continent in a dingily lit room in Berlin. That they gave us the bible and took away our gold and diamond; while telling you that learning was better than silver and gold. It’s a joke; don’t get your Kn…..rs in a twist.

Okonkwo summed it up in the novel “Things Fall Apart” that “the white man is very clever. He came quietly and peaceably with his religion. We were amused at his foolishness and allowed him to stay. Now he has won our brothers, and our clan can no longer act like one. He has put a knife on the things that held us together and we have fallen apart”. You wonder what this has to do with the issue in question. For starters, it highlights how some people see the relationship between politics and religion. To all intents and purposes, for the band to use a religious symbol to promote a political idea was itself insensitive and divisive, in spite of whatever political kudos they may have achieved. Man has the tendency to do evil, but when that is done with religious conviction, evil can be so complete.

It is understandable that many feel, me included, that the punishment meted out to the Pussy Riot girls is “disproportionate”. Punk or punk rock may symbolise musical freedom. The Pussy Riot band may have used their freedom of speech, but did they use their freedom of thought as well in this matter? The furore that has accompanied the Pussy Riot band has only demonstrated two important values that are in conflict: the freedom of speech and our desire for healthy campaigns in a healthy democracy. You can’t have both. (D. Gephardt).

Forgiveness is the key to action and freedom. It is like faith; you have to keep reviving it. The practice of forgiveness is our most important contribution to the healing of the world.

Don’t forget to pay your tithes next time you go for confession.