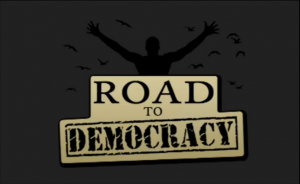 The inception of the United Nations commenced on January 1942, when 26 nations at war with the Axis powers met in Washington to sign the Declaration of the United Nations. But it was not until October 24, 1945, after 29 nations had ratified the Charter that the United Nations came into existence. The founding fathers included the United States, Great Britain, Soviet Union and China, who were tasked as “the four policemen” to enforce peace. The UN was based on the sovereign equality of Member States and the privileged position of the five permanent members. In essence, the UN was formed in response to the two world wars; to deal with insulating the world from such experiences.

Since the Charter itself was based on the compromise between power and law, it was unavoidable that these two contradictory elements or procedures were bound to clash. On the one hand was the international rule of law; a system geared towards collective security guaranteed by the Security council’s enforcement powers, and on the other hand, the authority of the council, which guaranteed the rule of law that is intrinsically linked to the veto power of the permanent members; a privilege which mainly serves their individual interests as opposed to those of the collective interests. It is this anomaly and contradiction in terms and principle, which the world has come to see, as it is played out in the Syrian Crisis.

The establishment of the UN after the Second World War was purely motivated by the search for a viable system of peaceful co-existence among all states; following the collapse of the League of Nations. The world and the UN have since been saddled with the unenviable task of maintaining world peace. However, what is unfolding in the Syrian Crisis has served as an example of the contradictory nature of the UN set up; the need for collective security vs. the almost absolute veto privilege of the five permanent members.

There is little doubt that what is going on in Syria today is a spill over of what is now known as the “Arab Spring”; a period that has seen whole systems turned on their heads. We saw how it all started from Tunisia, moved on to Egypt, Libya and now Syria. Unlike Libya and Syria, revolutionary changes took place with little or no outside interference when the people rose as one, to demand their rights.  “Non-violent acts exert pressure far more effectively than violent acts, for the pressure comes from goodwill and gentleness” (M.Ghandi). In Libya, there was some intervention from the Security Council, courtesy of NATO, to “protect “civilian life. We all know the end game of that pseudo-intervention and the rest is history.

It was a sad day in the annals of the UN when Kofi Annan announced on 2nd. August that he was quitting his post as the UN Envoy of the Syrian crisis. When he accepted the job, he wanted “to help the international community, find a peaceful solution to the crisis”. He said that “the severity of the humanitarian costs of the conflict, and the exceptional threats posed by this crisis to the international peace and security, justified the attempts to secure a peaceful transition to a political settlement, however daunting the challenge”. Following his resignation from the post, the world is left to ask, whether Syria is on the road to perdition or redemption.

From the onset, Kofi Annan’s attempt to rescue Syria from the jaws of oblivion was a “mission impossible” and was doomed to fail. This was so evident from the complexities of the debacle. His six-point plan that included a cease fire was doomed from the start. Although Annan accepts that “it is clear that President Bashar al- Assad must leave office”, the political will and diplomatic gymnastics that should bring about such an outcome have been riddled with political gridlocks all the way. Vladimir Putin, in his valediction stated “Kofi Annan is an honourable man and a brilliant diplomat, so I regret that very much” (his resignation). He called the events in Syria a “tragedy”; an understatement in itself.

Unlike the situation in Libya or Egypt, the Syrian crisis is fought on many fronts. The opposition to Assad’s government is made up of so many factions, who like the head of Medusa, lacks any focal point. Among others, are the Free Syrian Army, The Istanbul based Syrian National Council, the Council for the Syrian Revolution (a breakaway group from the SNC) etc. In addition, there is growing concern that Jihadists, Al-Qaeda and several opposition groups are muscling in on the apparent political vacuum that is ensuing. It is the involvement of the latter groups, which have increasingly added a fundamentalist discourse that seems to mirror a deadlier image to the conflict. The only common element among these various groups is their common hatred for Assad and their sworn desire to see the back of him. This is where the common ground stops.

The international community appears impotent to rescue the situation. Having paraded itself as “friends of Syria”, the mantra of supporting the opposition seems to have gone relatively cold; courtesy of the involvement of some religiously based groups. To get rid of Assad is one thing, but the question is who or what do you replace him with, when the seeming vacuum is increasingly attracting the attention of “less desirable elements”? The incoherence of the opposition and the fact that the opposition does not constitute an alternative to the regime leaves a lot to be desired. It is this fear that seems to give the international community cold feet; and it is not surprising that condemnation of the Assad regime has been left in the hands of ministers and less known diplomats. The apparent silence is defeaning, and considering that it is an election year in the US, the Syrian question is fast becoming a hot potato.

Reports suggest that the oppositions to Assad have been supplied with weapons by those who claim to be “friends of Syria”, an anomaly and contradiction in terms that is made up of 70 states. How can one claim to be a friend by supplying weapons for the Syrians to slaughter one another? It is like placing a bet in a cockfight and claiming to be an animal lover or animal rights activist. The Arab League forms the bulk of the “friends of Syria”; which many see as a neo-imperial conglomeration of Western nations.  Saudi Arabia and Qatar, as chief proponents of the “friends of Syria” have been accused of arming the Free Syrian Army, while Russia the Assad regime. The lack of a diplomatic agreement to end the Syrian crisis has only kicked up Cold War Dust into the eyes of the Syrian people. They have become the diplomatic pawn on the international chess board, as Russia and China on the one hand, and US and its allies on the other wrestle to promote and protect their interests.

The irony is that those who support the uprising, which is now technically a civil war, do not uphold the same tenets in their backyard. America has been coming down hard on the “Occupy Wall Street” movement. In Saudi Arabia and Qatar, the truncheon, plastic bullets and water cannons have been the familiar language for similar protests. In essence, these so-called “friends of Syria” are saying that protests and uprisings are allowed, as long as “it is not in my backyard”. Saudi Arabia and Qatar do not even occupy the lowest rung of the human rights ladder, but they now feel competent enough to lecture other countries about the topic, while the world turns a blind eye.

Kofi Annan, like Pontius Pilate has washed his hands off Syria. This is not a failure on his part, but an indictment on the UN; all stemming from the contradiction of the collective security vs. the veto powers of the permanent members. It is this contradiction that is being played out in reality, against the background of the UN’s lofty idealism. The battle between idealism and realism cannot be better demonstrated. The UN seems to have suffered from doublethink; the power of holding two contradictory beliefs in one’s mind simultaneously, and accepting both of them.

To all intents and purposes, and far from propagating a doomsday scenario, the conflict in Syria, unlike those in Libya, Iraq or Egypt is bound to roll on for a few years to come. Like Iraq, the breakdown of law and order will continue even after Assad leaves power. Since the uprising erupted 16 months ago, various countries have been seeking leverage over Syria’s political future by trying to establish close ties with potential individuals and groups. While Turkey is playing host to the Free Syrian Army and the SNC, Saudi Arabia, Kuwait and Qatar share kinship with the largest and most powerful clan, the Egaidat tribal confederation.

Other tribal confederations include the Eniza, the Jubour, the Shammar, the N’eim and the Nijris to name a few, which are all courted by prospective figure heads post Assad. Added to this mix are the religious divisions and affiliations that run in the political life blood of Syria. The religious nomenclature includes the Salafists, the Sufi, Shia, and Alawites . There is no doubt that with such religious and tribal affiliations spreading right across the region, Arab Gulf states will try and tap into these dynamics to establish influence. At present, that co-existence appears to be replaced by co-destruction.

Politically, the Baathist regime in Damascus will still have its distant cousins in Iraq, who may loathe losing power in Syria, having done so with the fall of Saddam Hussein. Iran would not be singing hosanna to see the back of Assad, for there is bound to be a regional shift the political seismograph. It is plausible, even from this feeble attempt to paint a political canvas of the Syrian landscape, that the area is interlinked in a complex web of tribal and religious relations. Such complexities have not been aided by its neighbours in the Gulf States, who will unavoidably try and muscle in for political leverage. The people of Syria like their brothers in Libya, Egypt, and Tunisia and elsewhere have been encouraged to rise, rightly or wrongly against their ruler. Unfortunately, they are now left up the creek without a paddle, as they flood their streets with their own blood. How many lives need to be wasted to get rid of one man and his dog?

It is one thing to preach peace, forgiveness and tolerance, and another to practice vengeance, persecution and hatred. We pray that peace will prevail in Syria. Peace has never come from dropping bombs, but from enlightenment. “The survival of democracy depends on the renunciation of violence and the development of non violent means to combat evil and advance the good” (A.J. muste). The use of force is such a poor solution to any problem; it is only employed by small children and large nations. What Syria needs today is more mistletoe and less missile talk; for war does not determine who is right- only who is left. for at the end of it all, the war will leave only three armies: an army of cripples, an army of mourners and an army of thieves.