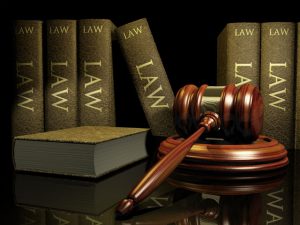 Someone once said that “when you fight corruption, corruption will fight you back”. And that’s what came to mind when I heard/read the report that a key actor in the ‘timbergate’ blockbuster has secured the services of ‘one of the best lawyers in the United States’, to fight his corner and his ‘image’ rights.

Wow! When the tectonic plates start moving, the impact is going to be huge.

So, let those who are watching the hatchet jobs with awe as well as those looking like a pig’s head on a platter at a medieval banquet, realise that their bullshit detector is not only unreliable but their judgement is nothing more than mere aesthetic display.

Obviously, any kid will run an errand for you if you ask them at bed time. So for prodigals squirming on the hook to try and plot the inevitable sequence of events is one of the legacies of our corrupt society.

It may sound perverse, but the scenario playing out goes to confirm my belief that when it comes to corruption, we must reverse the presumption of innocence, because people are now celebrating sleaze from great heights, laughing in our faces and taunting us with their loot and power; daring us to do our worst.

The challenge that has been mounted by the Al-Jazeera documentary and which has subsequently rattled the status quo must therefore be seen as the vehicle for everyone of us as Sierra Leoneans to rise up and fight for the security of the country’s wealth and the very future of the nation. We just have to change the moral compass of Sierra Leone because even this current fresh air, stinks.

Meanwhile, since the ‘timbergate’ epic hit our screens, I have observed with a tinge of sadness and bemusement the melodrama, claims and counter claims this national shame has generated.

And the question that keeps popping up at me is: are those involved, their cohorts as well as those in a position to deal with the issue, with all the seriousness it deserves, having poisoned brains or what?

Has their powerful optimism, air of invincibility, popularity and political clout made them so giddy that they no longer realise that even if it rhymes and give good rhythm, nonsense is still nonsense?

Are our leaders and their gangs reveling so much in the corruption that wealth causes, that they believe that their energy should be expended in pursuit of a goal that moves ever farther away? Clinging to old notions of grandeur and power, are we being treated to the delusion of politicians who have become drunk from the fumes of their greed and treachery?

Caught up in a combination of confusion and denial, the government, by allowing the current scenario to continue and waiting to see how it pans out, has failed to realise that more people than ever before, are aware of and angered by the corruption in the system.

This is why ordinary citizens have suddenly found their voice and are now inspired to discuss the issue, act by act, openly; and have refused to be bowled over by the old tactics of abracadabra in response to any challenge of their leaders’ impunity.

Because no one can convince me or the several honest and discerning Sierra Leoneans watching this movie that the thrash emanating from Uncle Sam’s land, in the guise of a legal threat, does not have the backing of the other parties involved in the comic.

Worse still, I am not a lawyer but the mumbo-jumbo in the published letter makes me want to vomit. It goes to show what those who have been strutting the land like colossus, relishing their status above the rest of us, think of our intelligence.

I am not convinced that the law firm purported to have written that letter has a clue about television production or even saw the said documentary. It probably acted on the hearsay of the client and maybe an edited version of the production; which is why it is trying to be bullish.

What makes me laugh the most however, is this portion of the letter that advises Al-Jazeera: “Your attorney(s), representative(s) and insurance carrier should be notified of this claim and should contact me so that we may attempt to resolve a number of issues involved, in an amicable fashion”

Resolution? Amicably? Claim? Somebody help me out here. I wish I had gone to school when my parents were willing to send me. Is it a scam or what?

Because, I do not understand why, if your client is trying to launder his image will you be seeking a clandestine resolution? How do you demand a thorough, formal retraction of a story that has not been judicially proved to be untrue or ‘libelous’ as you claim. Does he think he is dealing with that depraved organisation – SLBC?

Why did the lawyers not ask their client for the reason he is in the States and not back home, to show he is coming with clean hands to the table? If the issue is being looked into by the Anti-Corruption Commission and our ‘defamed’ compatriot is one hundred percent sure that he has nothing to hide or fear, why is he in a hurry to sue, seek an escape route and is not on ground helping the ACC?

Criminal absurdity, morbid paradox, contemptuous arrogance and low mentality, easily come to mind. How did some of those in the corridors of power accumulate their riches?

Can’t they get it? The corporate shield for personal liability is no longer impregnable. In fact, it has the cheap scent of the petrol station about it now.

This pretension of trying to present an image of ‘innocence’ while on the run; or using proxies to test shark-infested waters, simply amounts to elevating deception to an exclusive art with a combination of self-inflation and social gracelessness in equal measure.

I repeat, no matter what happens, the court of public opinion, especially the chambers of those who are aware of what has been the case in our society before the timbergate exposure, will never be deceived by any legal technicalities that often sends the innocent and poor to jail and rub the backs of the rich and mighty.

However, the mass of hilarity – somebody please pass me the gaffer tape as my ribs are hurting- after reading the letter; was suddenly tempered by the realisation that he who the gods wishes to destroy, they first make mad.

So what is more intriguing is the potential role for the next layer of this carnival of the absurd and this is why barring any dramatic lurch, the illusion of our leaders that they can continue to play on tribal, political and social sentiments is about to be shattered, big time.

Having subordinated national interests to the amoral pursuit of wealth, power and influence, what this ‘timbergate’ drama and the official reaction to it have done is to expose the very decadence that is the robe of kleptocrats.

It also brings us to the role of President Koroma. Sincerely speaking, his reaction (or none) has been as enthralling as a wet weekend.  It is certainly not the voice of a skilful craftsman who lights up a gallery with his technique.

The puzzle worth its weight in gold, is, faced with one great open goals in history, will he blast the ball over the crossbar? Most people would accept such a horror to be a failure of leadership on a grand scale. But he has never admitted accountability.

I am aware that he is against daunting forces who helped him into power and who want their pound of flesh but if he is to bequeath anything to this nation he has to be seen as giving a formidable fight instead of what he is doing now, which is like spiting in the air – it does not go farther than the mouth.  He must have the courage to go the whole hog.

Ghana and Rwanda are two countries where I understand programmes about the level of graft and other expose´ have been aired. As far as I am aware, the leaders of both nations acted decisively.

It is my candid opinion that the major outcome of this episode in our nation’s life is that psychologically, those who rule us and their hangers-on are far away from the present realities. Our politicians and their media megaphones continue to appeal to old notions of primordial sentiments reinforced by traditional symbols of “we are the ones in charge and who have the ‘connections’.
But the truth is that now, the dunghill is stinking; the stench is oozing non-stop and some of us are seeking to change the pit latrines preferred by toilet flies, to cisterns.

Corruption and impunity remain our nemesis and continue to torment us. Have we as a society and a people got the balls to at least get rid of their principalities and powers?