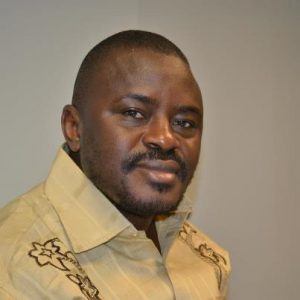 The dust of the funeral rites of the President’s mother is slowly settling down as everything seems to be back on track with the same old politicking and backstabbing. Some journalists, even in the midst of sorrow and grief, try to mimic politicians for whatever must have gone wrong. In a local tabloid, I read about the deplorable state of a street in Makeni that should have been paved and painted, just because the cream of politicians will converge on Makeni Township. What a shame.

This is the mistake we (the people) make about politics and politicians, believing that a leader can renew the country all by himself. Even in the great United States, Barack Obama who touched the hearts of millions of voters cannot do it alone. A President can inspire and help reinvigorate the people, but then you need the lieutenants and sergeants to make the dream operational. A leader may be clear about his dreams but cannot achieve it without commitment from citizens. Democracy is not a vicarious experience. In our current circumstances, the government of the day is in danger of becoming a tool of entrenched lampooning.  It is only the people that can free the government from the clutches of  self-interests, otherwise the future will be hijacked by a combination of greed, self-indulgence and excuse making politicians. In this case, the government will no longer belong to the people, and the people will suffer.

Whether we like it or not, passion only goes partway. Remember Martin Luther King Jr and LBJ, it took both of them, working together as they did, to transform America in the 1960s. So how do these thoughts reflect on  November 17 elections? The citizens of Sierra Leone should insist on presidential campaigns about the present and  future. Some of the candidates’ narratives can have historical dimension about how we got where we are, but the bulk of their story must be about the present and  future. If what the people hear is all about blame or bromides, then change the channel as the people are tired of rhetorics but reality. Haven’t we had enough of literature or history about the APC government over the past four years? If the government is not doing this, it is doing that; the people are tired with semantics. The leaders in this election should be judged on their achievements and not  on sentiments. This is the time the people of Sierra Leone  should elect a leader that is level with the people. The people are tired of seeing moneyed interests dominate the parliament, tired of being taken for granted. The people yearn for leaders who will level with them, not pander to them.

Now is the time for citizens of Sierra Leone to insist on answers to real questions and for the media to serve the public more diligently than they serve their advertisers. Now is the time for follow-up questions and enough airtime for candidates to lay out their programs. Now is the time for politicians to show the country that they are more interested in doing something than in being somebody. In Sierra Leone, there is a difference between a leader and a publicity celebrity. The country has had enough of politicians fascinated with celebrity. At this time of the country’s history, the people need a courageous leader who will serve the public and not themselves, who devise a plan to save the country and fight for it because they know that the well-being of millions of Sierra Leoneans is at stake.

The press used to be dominated by charismatic writers and their influence in the society was felt by all. These days, the profession is dominated by politics, intrigue, ideological posturing and individual atonement. You don’t need to read till the end of some articles or hear reports of some journalists to tell you their lineage. It is now glaringly clearer that, some are jeopardizing the lives of others in a bid to promote their ego. The pen masters have started recalling history, some are clamoring for their downfall by going after others, but what is important today in Sierra Leone and the world is that, whoever plays bad politics to bring havoc on the people of Sierra Leone, the people of the country will never rest until justice is done. Gone are the days when people were brutalized, humiliated and even killed with no justice. Once more, the destiny of the country is in the hands of the people and not foreigners.