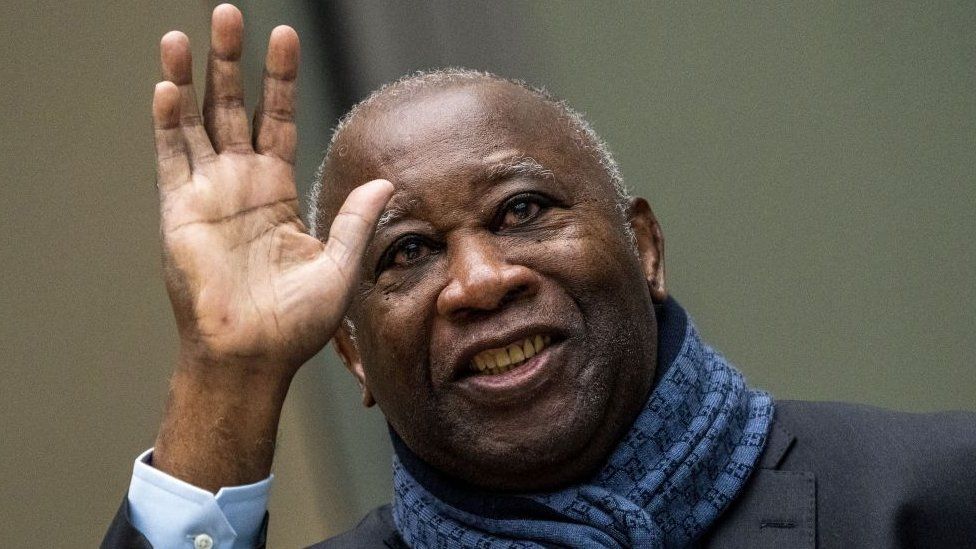 The former President of Cote D’Ivoire, Laurent Gbagbo recently returned to the country after the International Criminal Court acquitted him over charges of crimes against humanity. He was greeted by his supporters, who might mistakenly see it as a triumphant return, likened to that of Jesus’ Palm Sunday. Mr Gbagbo was accused of having his fingerprints and DNA all over “the murder, rape, persecution and other inhuman acts amid the violence that erupted after the country’s disputed 2010 presidential election” (BBC, January,2019). The civil war ensued after Mr Gbagbo refused to accept the election results, leading to the senseless but avoidable loss of over 3,000 lives.

President Alassane Quattara played host to Mr Gbagbo at the presidential palace on Tuesday, telling Mr Gbagbo “I am happy to see you”. You wonder whether the feeling was mutual, considering that his guest’s ten -year tenancy agreement at The Hague had just been terminated; thanks to his recalcitrance to accept a widely accepted election result against his very host. It is no doubt that the front pages of the local papers will be plastered with headlines and photos ops of the wan smiles from these former antagonists. For all its worth, the perceived relief from all Ivorians will be understandable. But the question many Ivorians and other interested parties would be asking is, why did it require the loss of over 3,000 lives, rape, kidnapping, various inhuman acts, and a sojourn to the Hague, just for this eventual handshake and cosmetic bromance? Why did this builder refuse the stone that became the head corner stone? (Psalm 118:22)

Interestingly, like many political landscapes these days, his supporters will be ready to forgive him, and some will say rightly so.  Mr Ouattara said that the turmoil was behind them. But in the interest of national healing and national cohesion, will Cote D’Ivoire not benefit from a Passover of healing virtues? I would not be surprised if a Truth and Reconciliation Commission is implemented. To all intents and purpose, the country might just need a dose of such a process; to ensure that the wounds and pus are expunged from the soul of their traumatic bitterness. Any attempt to whitewash, avoid or brush the regrettable history under the carpet, and without any national extreme unction will achieve nothing but a temporizing effect.

With that said, you would expect that Mr Gbagbo will be contrite in his maiden speech to all Ivorians, for the senseless trip to hell that he put them through. But that would be too easy for the likes of Mr Gbagbo, typical of powered drunk African politicians.  During the joint press conference, President Quattara said that “what is important for Ivory Coast is peace in our country,”. Sadly, Mr Gbagbo’s spokesman Justin Katinan Kone told people “not to make too much” of the encounter (BBC). As if that was not insulting enough, Mr Gbagbo recently announced “that he and another former president – Henri Konan Bédié – were strengthening a political alliance to oppose President Ouattara”.  So, was Mr Gbagbo shaking hands with a clenched fist? Any sane individual with any atom of humanity would prefer to spend their time at the confession box and live on a diet of the Holy Communion, imploring his maker for forgiveness.

Notwithstanding all the atrocities linked to him, what drives men like Mr Gbagbo to still want a taste of the pie? This man is 76 years old and well past his retirement age. But like all or most African leaders, the slightest sip from the well of power leads to a politically drunken stupor. When the maximum two term 5-year presidential tenure of office was promulgated in the recent past, the African continent heaved a huge sigh of relief and widely hailed it as the new dawn of democracy on the continent. While some like former presidents Ernest Koroma and Sirleaf Johnson of Sierra Leone and Liberia respectively honourably but painfully adhered to this principle, we have seen the likes of Alpha Conde, Alassane Quattara himself, and many others circumvent and bastardised the constitutions of their respective countries, just  to maintain their life support to power. So, that is what happens “When plunder becomes a way of life for a group of men in society, over a course of time they create for themselves a legal system that authorises it and a moral code that glorifies it” (Frederic Bastiat).

But what is interesting about politics and especially in Africa, is the paradoxical relationship between the electorates and their leaders. The leaders never fail to convince their respective supporters that they (leaders) are the men of the people. Such relationships are always reminiscent of that between the axe and the forest. The forest was shrinking but the trees kept voting for the axe; for the axe was clever and convinced the trees that because his handle was made of wood, he was one of them. Like Wole Soyinka, a Noble Price Winner once said that “only in Africa will thieves be regrouping to loot again and the youths whose future is being stolen will be celebrating it”. Sounds familiar?

What many would have expected Mr Gbagbo to do is to retire as an elder statesman and serve his country as a reservoir of political wisdom; to help steer it along the path to success.   So, what drives the likes of Mr Gbagbo to extremes of self-destruction? HUBRIS; the excessive pride or self confidence in defiance of the gods; which leads to their nemesis. Mr Gbagbo should be thankful that unlike people like Slobodan Milosevic who died of “heart attack” in his cell before his trial, Charles Taylor, Foday Sankoh, he has apparently got off lightly. But rather than retire, he plans to form an alliance with a former president to stay in the political arena. He might not be so lucky next time, and his hubris, the ego will surely get him his comeuppance. Mr Gbagbo is stubborn, and there can be no pleasure to see the stubbornness of the incorrigible nonconformist warmly acclaimed.

But as we have seen all throughout history, no war has ever been won on the battlefield. Battles can be won but not the war. Even with the best of armoury, it all ends at the round table. One of the largest deployments from the largest war machine since the second world has just ended with the “coalition of the willing”, withdrawing quietly from Afghanistan. And some will say, with their tails between their legs, from an ill equipped but well organised and resilient Taliban. Bad news for the world again.  So, what was the need for all the loss of lives, only to return with a photo op of a handshake from Mr Gbagbo? It is time Mr Gbagbo realised that that one cannot shake hands with a clenched fist.

Mr Gbagbo may be too stubborn to forget and too proud to apologise. But it is this trait that might just make him a victim of his delusions. But like all stubborn people, you can’t even persuade them for their own good. As they say, “that chicken that doesn’t heed shhhhhh, will heed the stone. We only hope that peaceful Ivorians wont pay the price this time.

Go get you vaccine. Vaccine dae save life.