The First Lady, Mrs Fatima Bio has been in the news, and some will say for the wrong reasons. Others are inclined to roll their eyes and say, “here we go again”. President Bio has been absent from the local scene for the past three weeks. He was first pictured landing at an airport in Lebanon. But that has not stopped the wagging tongues about the reasons for his visit to Lebanon. As usual, his detractors were not short of explanations and reasons for his absence. Some went as far as saying that he was suffering from Covid, and that he had sought treatment in Lebanon. 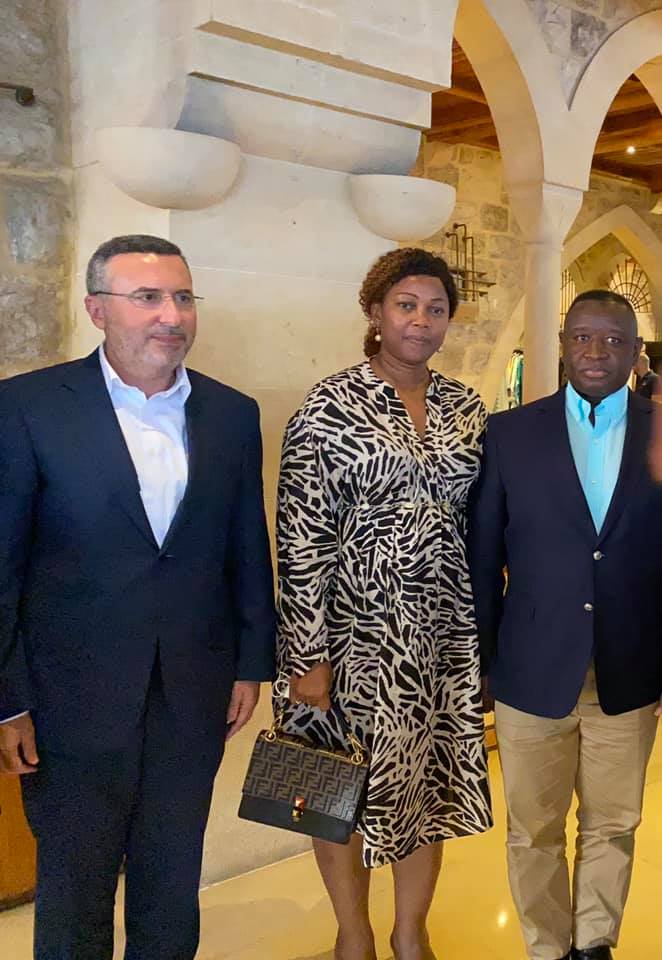 Interestingly, such visits by especially African Heads of States are usually linked to business or aid deals on behalf of their respective countries. That notion was hastily dismissed by sceptics, who concluded that Lebanon was not in the best position to offer any such assistance; considering that the visit was coming hot on the heels of the recent devastation at the port in Lebanon; and which has left the country seeking life support for its financial health. So, Lebanon was not expected to pick out the speck of saw dust in Bio’s eyes when it had a planked firmly lodged in its own eyes.

But as Bio continued to remain incommunicado, the rumour mill has been in overdrive; with some suggesting that he had even sought medical intervention as far as in India. If the stories from the rumour merchants and his detractors were anything to go by, you would be forgiven to think that President Bio was fast becoming your modern-day Mungo Park or Christopher Columbus. So, when the First Lady, Mrs Fatima Bio released a cache of photos showing the family at a dinner table and on honeymoon in Byblos; “one of the oldest cities in the world”, the reactions were predictable. Even when the couple got married, the criticism that followed was unbelievable. At one point, it felt like their wedding was a treasonable offence. Chai

Some have criticised it Fatima’s latest album; arguing that in the midst of the ongoing and apparently never-ending pandemic, sandwiched by an economically asphyxiating situation back home, it was insensitive of the First Lady to flaunt such a contrastingly luxurious life. I am sure that some in the tourism industry would have loved to see her showcase the beautiful beaches of Tokeh or Number Two River as a destination of choice instead, for obvious reasons. Irrespective of the rights and wrongs of her posts, it may be worth looking at the reasons behind the posts. 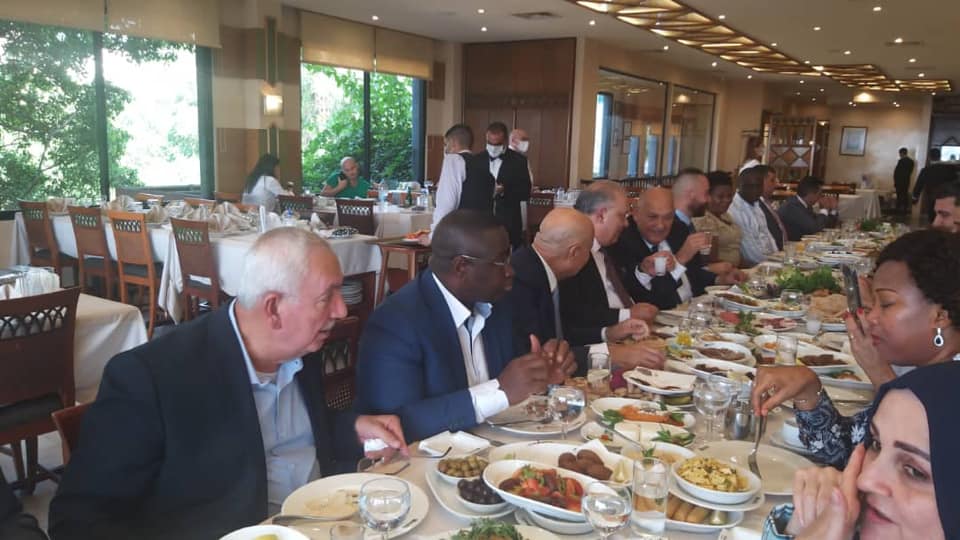 But why does the First lady feel the need to post such pictures? What’s wrong, if any, with her posts? Was there a communication vacuum between the government and the public? Is the public entitled to every aspect of Bio’s Sat nav? If there was a communication vacuum, were Fatima’s posts an attempt to fill such a vacuum, respond to or quell the rumours that Bio’s government had created by the wall of silence? With the rumour mill in full flow, and in the absence of any clarification from the government media, did she feel obliged to step in and bring an end to it. Was this one of those “enough is enough” situations responses? Or was this an answer to her imaginary and real detractors? Does she need to respond?

If any of these carry any semblance of credibility, does that mean that Bio’s communication network is failing the people of Sierra Leone? That is not for me to say, but the implication is that Bio’s government could do itself a favour by forestalling such potentials. It is obvious that Whether the government communicates or not, rumours have become our country’s main cash crop.  But equally, the vacuum created by a failure to communicate will quickly be filled with rumour, misrepresentation, drivel and poison. You cannot do anything to stop it, but one can do a lot to reduce the preponderance of this. Some say its about transparency. I am not sure about that, though.

By any standard, Fatima’s honeymoon is supposed to be a private affair. Like anyone else, the President and his family are entitled to a private life; irrespective of their public roles. However, it is up to Maada Bio, and especially Mrs Bio to decide what’s private and what’s for public consumption. So, when she publishes photos of her honeymoon; what some would consider a private occasion on social media, there should be no surprises to see the gloves coming off from her critics. When you lie with dogs, expect fleas; some will say. 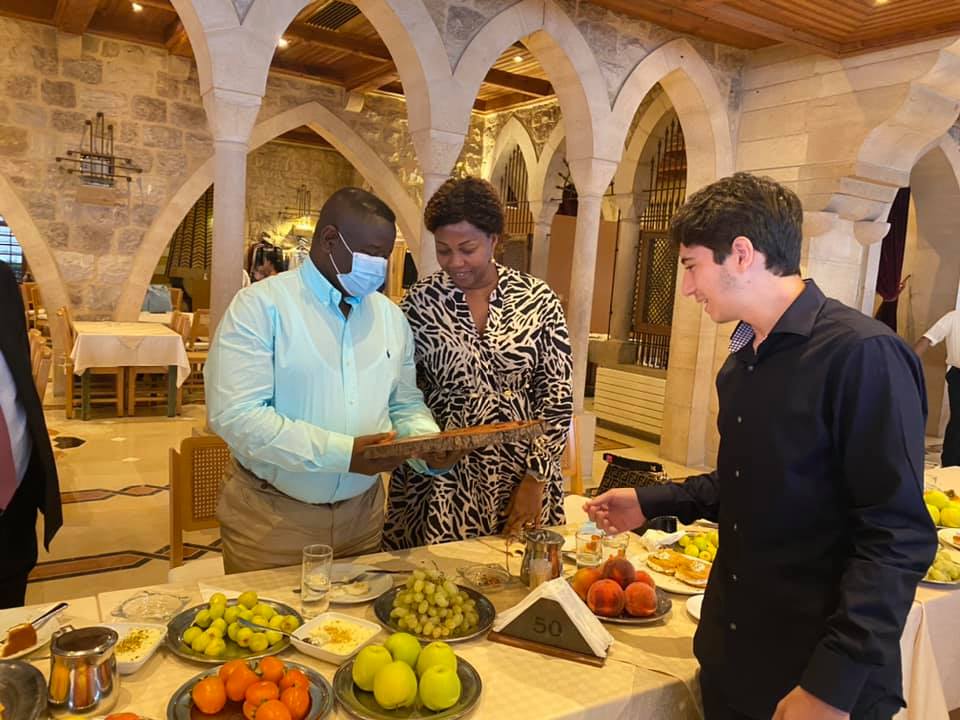 But again, are we saying that because of her position as First Lady, she is disqualified from having a social life? Should her position be a hindrance to a social life; especially in this day and age? She is human, and young enough to participate in the social aspects of society. Unfortunately, her dual position is bound to draw attention, sometimes undeserved from her critics. Some will say it comes with the territory; damned if you do and damned if you don’t.

So, was the criticism that the First Lady was insensitive to post her honeymoon photos on social media justified? You be the judge. By my reckoning, irrespective of her right to a private life, there is an expectation of political correctness in the circumstances. Against the backdrop of a struggling economy, laced with what feels like a terminal case of poverty, many would say that such a decision was contextually unwise. Fatima has to accept that as a result of her position as First Lady, there are so many things that she would want to do, but  can’t or shouldn’t. She needs to accept that she is now in a gold fish bowl, and every tweet, post, action or nuance is subject to the kind of scrutiny that you are I are thankfully insulated against.

When the average man is not sure of where the next meal is going to come from, such posts don’t make for good reading; and they may hardly garner the expected “likes” on Facebook. It’s a natural phenomenon, and others might see it as a “bring laugh na behrrin house”moment. But with social media virtually running our lives these days, politicians should be wary of the associated pitfalls. Most of Donald Trumps controversies, criticisms and the inner workings of his mindset have been translated via tweets and other social media communication. Some will say, no news is good news. But again, it can be a question of communication management. No matter what the content of the information is, timing can make all the difference.  Many rise and fall by the click these days; and there can be no one more vulnerable from the dark side of social media than politicians.

There is no question that Fatima occupies an enviable position. The expectations from her can sometimes be inhumanly, practically unachievable. But as she plays with the changeover switch between her public and private life, the hope is that she would do so with some expected sensitivity and diplomacy. On the other hand, common sense though not common should prevail, and the public should see Fatima first as a human being, with feelings, desires, strengths, weaknesses and all the fallibilities we all share. Her role does not make her any more or less human than you and I. Some might want to recommend a crash course on diplomacy; the art of telling others to go to hell and they look forward to it? We know that Mrs Bio can be allergic to political correctness; what you see is what you get.  And some really struggle with that. But it is entirely up to her, to decide what’s private and what’s public about her life. It can be difficult to eat your cake and have it back.

Keep safe and your distance.