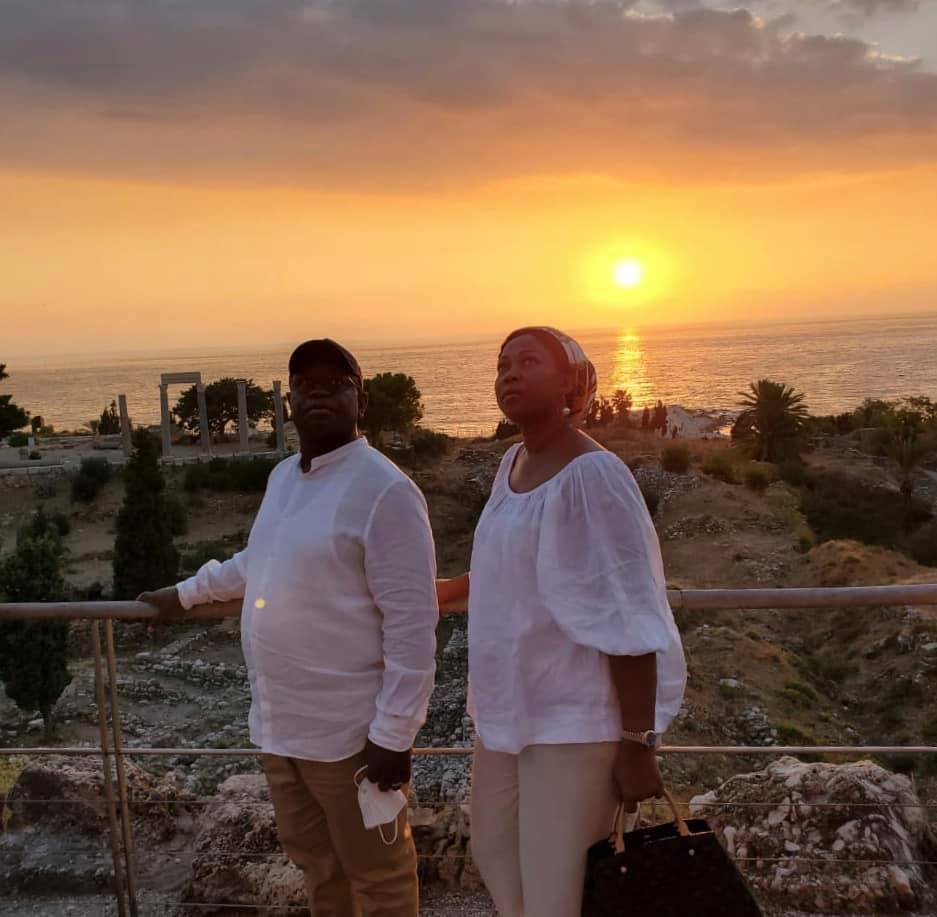 When Meghan Markle married Prince Harry, became the Duchess of Sussex and joined the privileged class of British royalty, little did she know that with such membership to such protected species came responsibilities and hazard warnings.  The tribulations, discriminations, recriminations and scrutinization’s of such a packaged life turned out to be far removed from the fairylands of a faraway fantasy land. So, when living in the fishbowl became too high a price to pay in exchange for her sanity, she bolted the land of Phantasia, with her Prince in tow. Giving up such privileges is not a decision that anyone would make lightly. But that is exactly the excruciating decision Prince Harry and Meghan had to make, between living the life of private citizens and that of a public owned specimen. The price was too high to pay. They chose the unthinkable.

Her Excellency, the First Lady of Sierra Leone, Fatima Bio has been thrust into the public domain; thanks to the ring on the fourth finger of her left hand from President Maada Bio. But her roles as the First Lady and public figure have been the subject of conversation in both the social and political circles; thanks to the duplicity of her position. While some see and judge her as a mother, a wife, and an individual in her own right, others see her through the lens of her role as the First Lady; with all the inherent expectations and standards that come with it. It is therefore not surprising that Fatima’s every move, speech or utterance attract forensic examinations from various circles; with some labelling them as politically motivated.  You be the judge.

The controversies and admirations she attracts are not surprising. Thanks to her political affiliations, she is bound to divide opinion not only across the political spectrum but also the social strata. What brings her position glaringly under the spotlight, is the propensity of her critics to judge her in comparison to previous First Ladies of the nation. Some see previous First Ladies like Rebecca Stevens, Hannah Momoh, and most recently Sia Koroma as yardsticks to calibrate Fatima’s role, position, utterances and behaviour. By implication, those who do so seem to suggest that these previous First Ladies were the models, standards and blueprints by which the Office of the First Lady should be conducted. Perhaps, there is manual at State House for that, which implicitly negates the right to individuality. Others take their comparisons to faraway places like Michelle Obama, Mrs Macron and others across the African continent.

Rightly or wrongly, it is understandable that in the absence of “an idiot’s guide to be a First Lady”, it is natural that certain unwritten and unspoken standards and expectations come with the position. But in making such comparisons, it might be worth looking at some parameters that may or may not contribute to giving credence to such comparisons. For starters, there is a big difference in the genres and generations under considerations here.

While the past former Ladies, apart from Sia Koroma, belonged to pre-millennium era, Fatima Bio is slap bang right in the middle of this genre of the millennials.  Currently, our lives are literally lived out on social media and the internet. Is it any surprise then that like many others in the public eye, Our First Lady is just a click from our living rooms, or on the palm of our hands?  Unlike her predecessors who lived in relative obscurity, Fatima like many in her generation would struggle to resist the allure of the information highway. Having recently turned 40, some would say that she qualifies for that age group that find social media attractive. In comparison, she could be the youngest First Lady in our history. Steady. I am talking about official First Ladies, not sidekicks. Furthermore, the past First Ladies did not even have the benefit of mobile phones; not to mention the internet and its attendant social media. Get my drift?

But just like other renowned political leaders and social influencers, social media has become the umbilical cord between them and the electorate. The First Lady may not be an elected politician but carries political clout by virtue of her matrimonial vows. President Obama, Boris Johnson, Joe Biden, and many more have used it to boost their electability; not forgetting the likes of Trump, Putin and others various ways. What is undeniable is that the electorates the world over are now closer to their leaders, thanks to social media.

It is therefore not surprising that Mrs Bio has used social media and other forms of this technology, not only to communicate with the country, but also connect with her band of followers. Judging by the contents and messaging on her social media platforms, there seems to be a targeted audience in her sightlines; imaginary or real. Sounds like it is this targeted audience that serves as the driver for her posts, and as such seemingly tear up the rule books.

But the First Lady’s recent posts on Instagram and Facebook have drawn sharp criticisms from a good section of the society. In celebration of Leone Stars’ qualification for AFCON 2022, an Instagram post showed her leading a dance troop. Some saw her as a true fan, while others thought that it was too undignified for a First Lady. It is such posts and utterances that her critics have used to tag her with bringing the Office of the First Lady into disrepute. You be the judge.

It does not matter where some may stand on the matter. The office of the First Lady, like many other public offices carry a measure of decorum and dignity. But we have seen the likes of Barack and Michelle Obama, and many other world dignitaries engage in light-hearted fun. Michelle once engaged in a dance routine to promote fitness with underprivileged children. Her appearances on The Ellen DeGeneres (the comedian) show have been nothing short of comical. Those who have watched Obama’s White House Correspondents Dinners would be forgiven to think that Barack Obama was the hired comedian act and not the President for those events. Try YouTube.

While some would conclude that such is common in other societies, are the First Lady’s social media posts a shock to the system? Or do the reactions she gets from her posts more deeply rooted in some cultural or psychosocial persuasions? Do people see her as “too loud” for a woman in our society? Are these the work of the gender bashing brigade? Is the First Lady re-writing the rule book or prescribing new standards for the position?

Irrespective of your political, moral or social persuasions, is The First Lady’s love affair with social media debasing the position? Don’t answer that. While her critics would answer in the affirmative, there is no doubt that her admirers and supporters would see her as an individual being human like all of us. But as some people flinch at some of Fatima’s social media posts, the question many would be grappling with is whether she has debased the office of Sierra Leone’s First Lady.

As an individual, is she just being herself and original? Is Fatima’s behaviour a sign of the times or re definition of the role of the First Lady? Is she caught up in by or lost in the web (pardon the pun) of the times, information technology and excesses of social media? Is it a demonstration of youthful exuberance, or are we asking too much of someone trying to be human and being themselves? By the way, where can one find the manual on how to be a First Lady?

Interestingly, some have even taken umbrage with the First Gentleman, that despite the raucous criticisms, he has remained tight lipped as the posts continue unabated. While some have said in some social media posts that he neither cares or concerned about them, others see it as her way of saying “those who matter don’t mind, and those who mind don’t matter.  Her admirers would say that this is a question of “allow me to enjoy myself”. But is the First Lady reminding us that “politics is too important to take seriously”?

Irrespective of where you stand on this issue, there is no doubt that some of our First Lady’s posts have been cringeworthy at times. Like everyone else, she has the right to be herself. But the role of the First Lady should be considered a privilege, and as such comes with political, moral and social hazards. It can be difficult to balance the public and private lives attached to such a role, considering human fallibilities. While some may make room for such fallibilities, other would want to see a more balanced and sanitised version of the whole show. Or is this a question of “allow me to enjoy myself”? At what price?

So, who wants to be a First Lady?