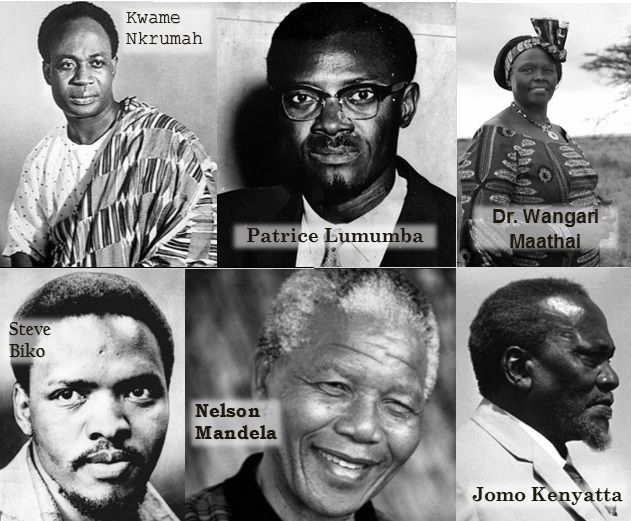 Today marks three months since John Pombe Joseph Magufuli passed away, but like many before him, his death has not passed without the proverbial conspiracy theories. We all know how conspiracy theories can be persuasively plausible, and like Thomas Sankara, Samora Michel, Patrice Lumumba, Kwame Nkrumah and many others, their deaths have all attracted these theories. By some imagination, their deaths have been widely regarded as suspect. Some theories maintain that their deaths were not natural, and that they had all the hallmarks of the dark arts, originating from our imperial masters.

The litmus test to these theories lies not only in their seemingly untimely deaths, but also down to the common denominators that they shared. Many Africans see or saw these men as heroes and nationalists of the continent. They harboured socialists’ views of government, which did not sit well with the capitalist governments. They also imbibed DNAs of Pan Africanism. They occupy a select pantheon of freedom fighters, who did not only fight for the freedom of their respective countries, but also fought to remove the yokes that continue to politically and economically enslave and asphyxiate the African continent.

As a common denominator, these heroes believed that African countries have the world’s resources, enough to make the continent the leader. It was not surprising that Nkawe Nkrumah’s clarion call for the United States of Africa was considered a direct threat to the lifeline of the western world. Under his tenure, Nkrumah embarked on the policy of Africanisation; to provide better career opportunities for his people. Unfortunately, he took his eye off the national realities, when his focus on the unity of Black Africa became his obsession. In addition to developmental projects ranging from healthcare, schools, banking etc, Ghana sank into huge debts. He was deposed in a coup, while on a visit to China, a communist entity.

Thomas Isidore Noel Sankara, a pan Africanist theorist became known as “Africa’s Che Guevara”. In staunch opposition to foreign aid, Sankara vaccinated 2.5 million children against measles, meningitis and yellow fever in a matter of weeks. In keeping with his socialist views, education, wheat production, land ownership, female empowerment etc came to prominence. In keeping with his negritude stance, he opposed foreign aid, saying that “he who feeds you controls you”. He promoted local than foreign industry.

The west knew that they had trouble on their hands when he changed his country’s name from Upper Volta to Burkina Faso (Land of Upright Man) upon taking power. During his reign, infant mortality rate dropped, school attendance increased from 6% to 22%, railway and road constructions increased, etc. Sankara’s policies were dyed in anti-imperialism, with a DNA of debt reduction, averting the power of IMF, and nationalising its resources.  All these did not make good reading for the vultures. Sankara sought the second independence for his country but paid dearly for it.

Patrice Emery Lumumba was another with the Pan African approach to leadership in Africa. Moise Tshombe was heavily backed by Belgian troops to secede mineral rich Katanga from Congo. Patrice Lumumba’s request for a concerted effort from independent African countries at the time; to resist the Belgian backed cessation alarmed the West about the potential of a United Africa. The rest is history with Mobutu Sese Seko taking over.

Like Kwame Nkrumah before him, John Magufuli embarked on a war against corruption, resource nationalism and massive infrastructural developments in his country. He ruled his country on the platform of reducing government corruption, spending and investing in Tanzania’s industries. He was well known for his “anti Covid” stance; believing that it was a phantom disease. With such a stance on a worldwide epidemic, you can bet that his name was not on the Christmas list of many world powers.

Among his many achievements, Magufuli gained worldwide respect as a stalwart statesman for his innovative, ethical standards and vision for Tanzania. He was pragmatic in tackling the numerous social problems he inherited in Tanzania. He worked towards financing economic projects with domestic finance, cutting out largesse, and replaced many employees who worked in cohort with foreign companies to defraud the state by under-declaring the mineral exports. Magufuli’s reign was cut short by his death in March this year, but he will be remembered as proof that you can transform a country in just five years.

Samora Machel became the first president of independent Mozambique in 1975. He had a radical political stance, which he claimed did not come originally from Marxism but the experiences of his family; with his parents forced to grow cotton for the Portuguese  and forcefully displaced from their family land in the 1950s in favour of the Portuguese. His ascendancy to power saw him immediately implement reforms including nationalising land, health and educational institutions, which had hitherto been in foreign hands. He gave support to other revolutionaries fighting against white minority regimes in then Rhodesia (Zimbabwe)and South Africa. He died in suspicious circumstances in a plane crash in 1986.

A close look at these African leaders draws a lot of similarities that at face value, could be dismissed as fantasy land for conspiracy theorists. Firstly, all these leaders had one thing in common: a negritude approach to leading their respective countries. They rejected imperial influence and rule from the West. The majority were not only pioneers but imbibed the DNA of Pan Africanism; the belief in the value, ability, and potential of Africa and its people to be politically and economically independent to run their affair; without the need for breast fed foreign aid or debts. They believed in working with the rest of the world and especially the West, as symbiotically equal partners and not one dyed in some misguided sense of racial superiority, with one holding the begging bowl.

They also believed that the citizens of their respective countries should be the first beneficiaries of their country’s resources; saving them from the resource curse. As a result of these political stance and ideologies, they were tagged as communists with socialist’s views by the capitalist West. There are many schools of thought, who believe that these freedom fighters became red rags to the capitalist bulls of the west. They were regarded as personifications of anti-imperialism and certain death warrants to Western capitalist world domination. Their very existence in power was judged to be unpalatable for the palates of foreign and western capitalist gastronomy. Did these leaders require political enema to flush them out of an already constipated bowels of the cold war?

On the flip side, and despite their valiant ideals and policies, hidden underneath the veneer of their Pan Africanism lurked the spectre of authoritarian rule. Even with the best of intentions, their critics and especially political opponents saw them as potential despots bent on creating personality cults and a culture of fear in their countries. Some viewed them as abrasive enough to bulldoze any opposition in their way. Magufuli was fondly known as “the bulldozer” of human rights, whose patience for LGBT rights, freedom of speech and his crackdown of political opposition and civil society groups left a lot to be desired by his critics. Like his fellow freedom fighters, they conversely looked at issues like LGBT rights, freedom of speech and many other issues as the trojan horses for foreign interference and influence in their countries. They regarded these as a direct affront to Africa’s ancestral heritage of values that are now threatened by the nauseatingly perceived notion of “everything black is bad”, and that even Jesus and the Angels were/are white.

But interestingly, Africa has the unenviable record of having the longest serving heads of states. Ironically, none of these negritude leaders fall in that bracket. John Magufuli (2015-2021), Thomas Sankara (1983-1986) Kwame Nkrumah (1957-1966), Samora Machel (1975-1986) etc. On average, they ruled less than a decade. The issue becomes glaringly obvious when you compare it with the longevities of leaders like Paul Biya (45 years- Cameroon), Teodoro Obiang (41 years-Equatorial Guinea) Yoweri Museveni (35 years-Uganda), etc. I wonder why “Black Heroes die So Soon”?

Meanwhile, Zambia’s founding father Kenneth Kaunda, and one of the last freedom fighters for African independence passed away yesterday. Among others, he would be remembered for his book, “Zambia Shall Be free”. May his soul rest in peace.