In his opening remarks, the Provincial Secretary, Mr Mohamed Sheik Kargbo who doubled as chairperson of the occasion, welcomed all and sundries and expressed his sincere gratitude and appreciation to the Konjo Community for being unanimous about development in their own locality. He further thanked the staff and management of YAD for crafting such an innovative project for the Konjo community. He then assured them of his blessings and unreserved support. 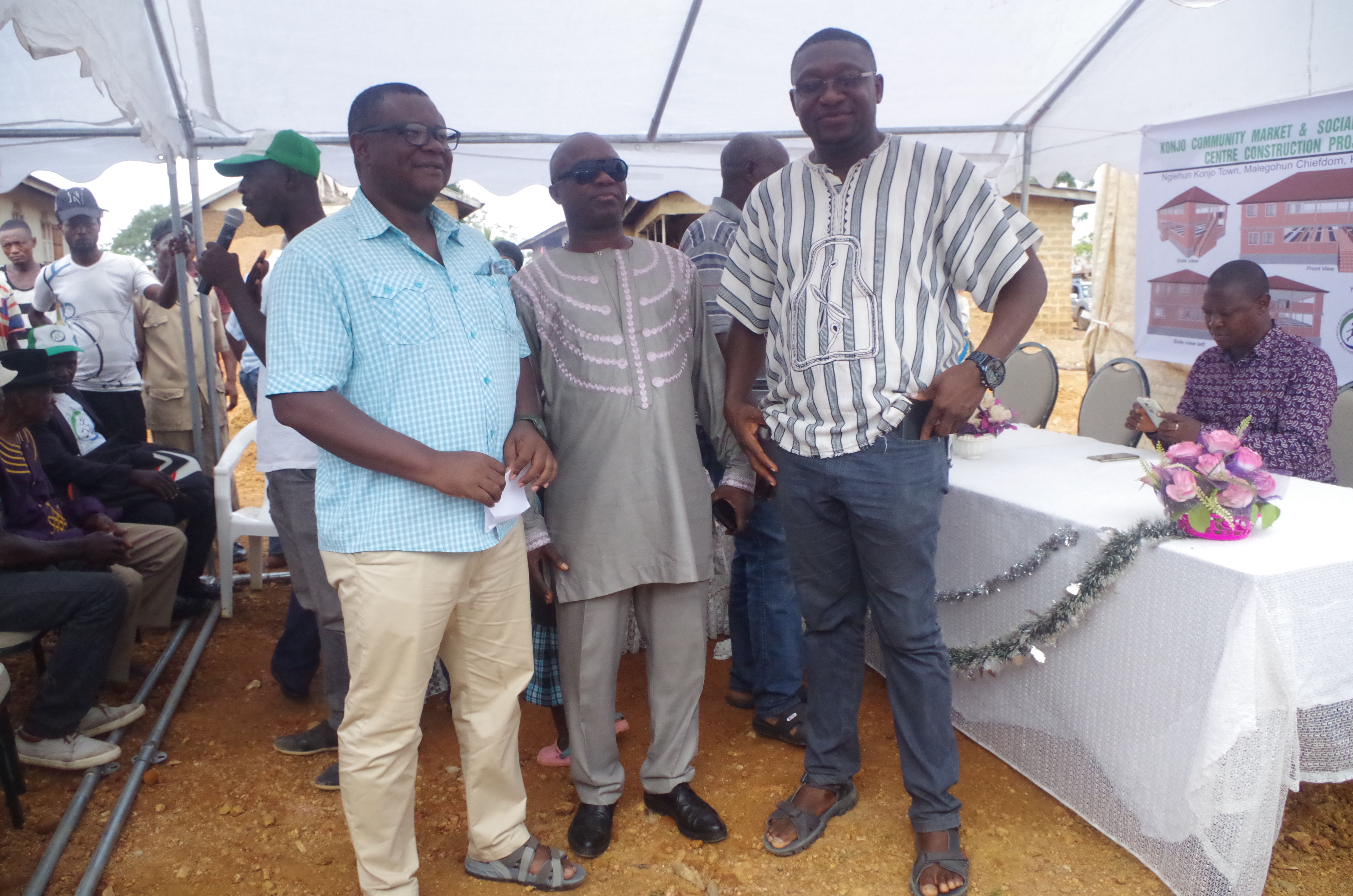 Presenting background of the project, the Programme Coordinator, Othman Sheriff explained that the project is co-funded by Fambul Tik, YAD and BMZ of the Government of Federal Republic of Germany and the main objectives are to trigger socioeconomic development for women, forester sociocultural cohesion and peaceful coexistence mong the youth, hence to solidify peace, democracy and good governance in Malegohun Chiefdom in general and Konjo community in particular.  He further revealed that the project entails a market hall which will be located on the ground floor, a community mobilization hall located on the top floor, 10 KW solar package, a PA system and series of capacity building sessions for the youth who shall take over management of the project facility in order to ensure future sustainability.

In her response, the Paramount Chief, Madam Salay Satta Gendemeh thanked the staff and management of YAD, assuring them of her commitment to provide then the necessary emotional and moral supports throughout project implementation. She further thanked the district administrators and other distinguished personalities for their endeavour to participate in what she called “a ground-breaking occasion” in her chiefdom.  “It has always been my desire to see YAD and Fambul Tik turn to Malegohun chiefdom with their development projects. Therefore, today’s occasion is a dream-comes true” she stated.  She further called on the youth and leaders of the Konjo community to provide YAD and its technical team whatever support they might require to expedite project implementation. 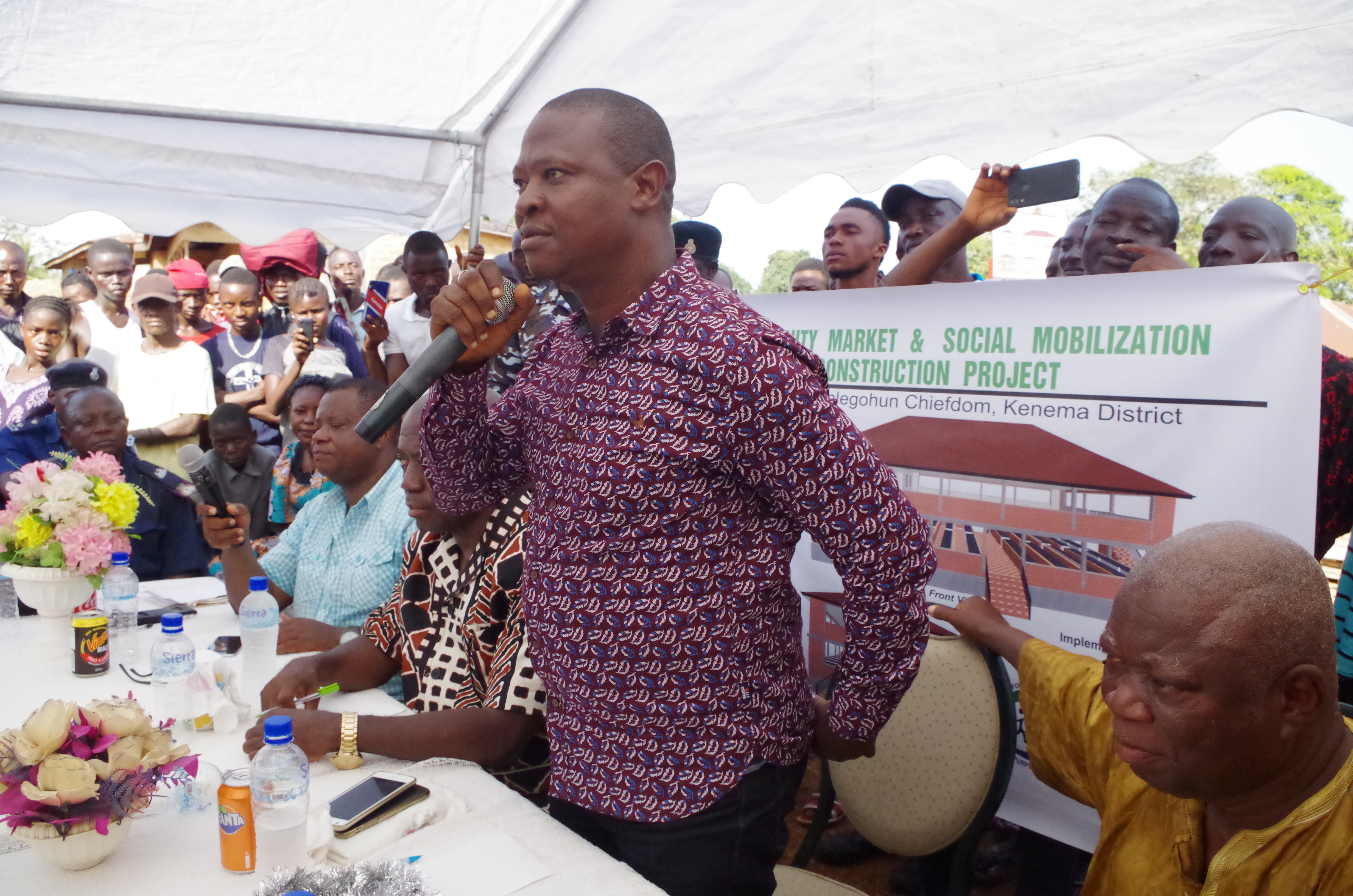 Speaking on behalf of the Kenema District Council, the Governor of Kenema District Council, Mr Mohamed Sesay expressed sincere thanks and appreciation to YAD and the Konjo community for initiating such an innovative project, adding that “district councils are responsible for all development activities in every district; therefore”, he said, “this project is intended to complement our own efforts, which is why we won’t allow anyone to undermine it”.  He further assured YAD and the Konjo community of his unwavering support throughout project implementation, hence it’s in firm conformity with and solid support of President Bio’s New Direction agenda.  Governor Sesay concluded his lengthy speech by advising the skilled labourers who have been contracted to implement the project, to maintain their own respects and integrity while staying in the project community. 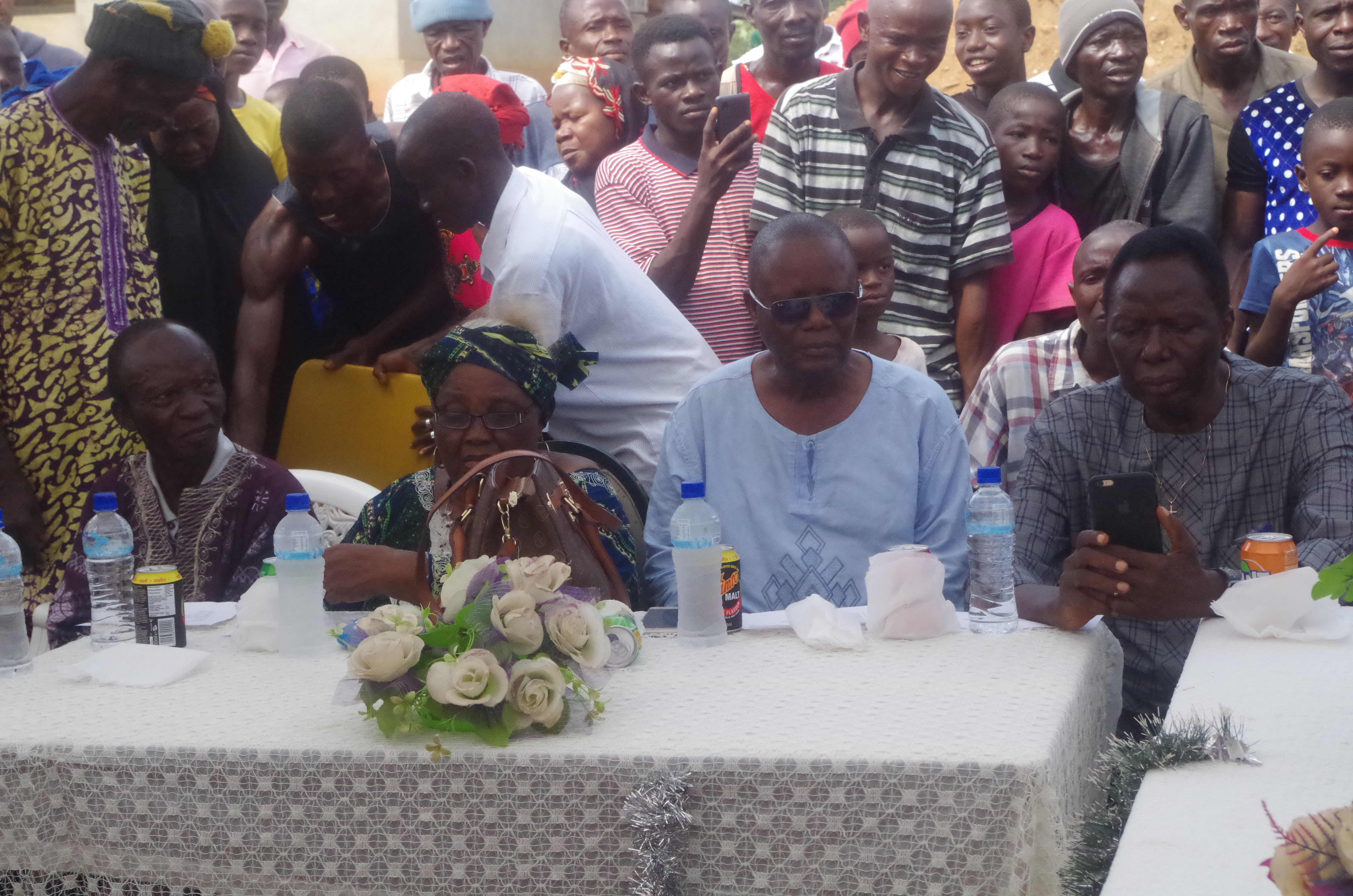 Upon his arrival, though a bit later than expected due to unavoidable schedules, the Resident Minister – East, Hon. Andrew A. Fatorma buttressed the words of previous speakers. He then remarked that “it has been rumoured that some misguided individuals in the Konjo community have been trying to jeopardise this project”. “I must hasten to warn them that they should stop forthwith; no man born of woman can stop this project, because it’s the voice and desire of the Konjo community, which is why I’m giving it my supports and blessings” he reaffirmed. 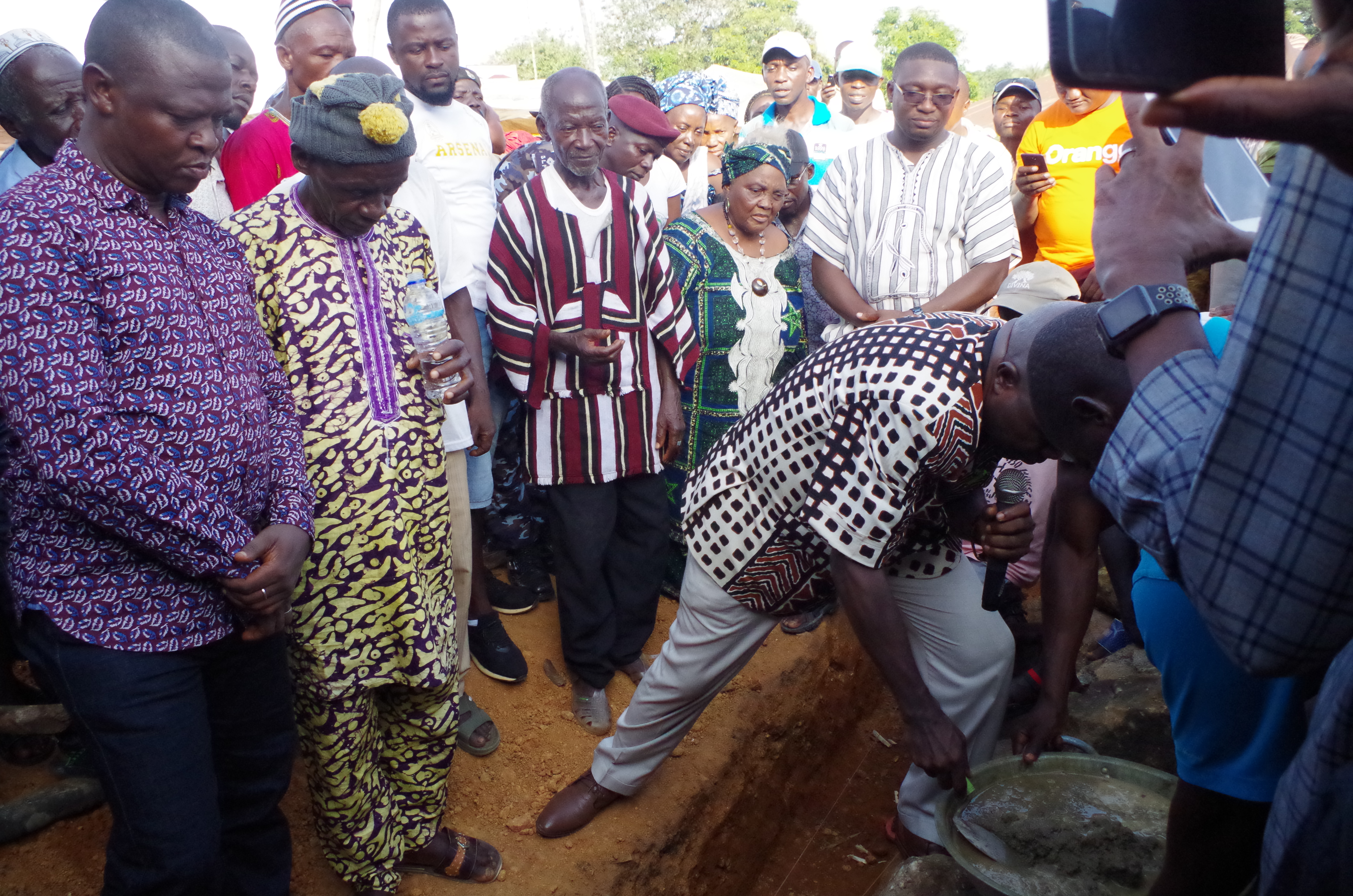 Hon. Fatorma then advised the implementing agency and beneficiary community to put in place stringent accountability and transparency measures that can ensure future sustainability of the project.

Upon pouring libations before scooping the first concrete, Hon. Fatorma advised the youth to remain law abiding and peaceful citizens so that they can live longer and tell the stories to their own children.

Share this on WhatsApp
About CEN 720 Articles
Critique Echo Newspaper is a major source of news and objective analyses about governance, democracy and human-right. Edited and published in Kenema city, eastern Sierra Leone, the outlet is generally referred to as a level plying ground for the youths, women and children.