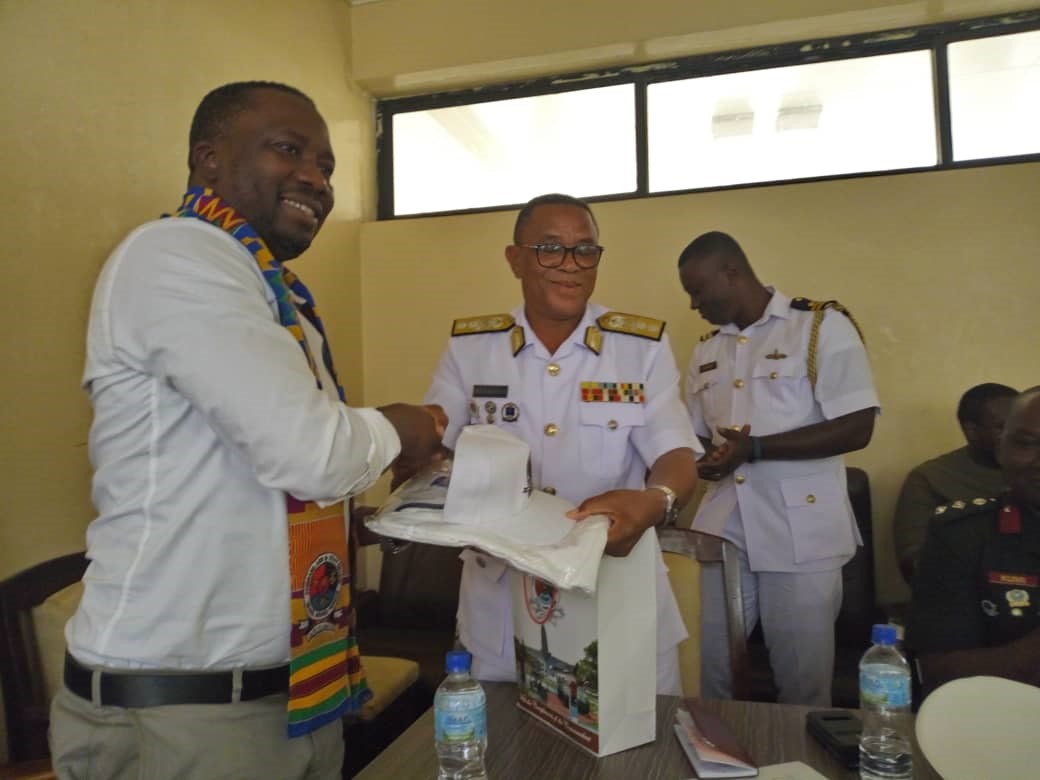 Receiving thirteen (13) students and six (6) instructors from the rank of Major, Colonel, Lieutenant Colonel and General, the Minister said he inherited a huge challenge in the youth sector but his focus was to change the thinking pattern of the youth towards governance and their country in particular.

“With my team, I have been able to design and develop a lot of programmes and projects that will help address the problem of youth unemployment,” he said, whilst describing the situation as a ticking time bomb.

Outlining his Ministry’s vision in line with the UN Youth Strategy, he said the Ministry has the Youth Commission and National Youth Service (NYS) designed to empower and capacitate the youth to be self-reliant in society. He said even those who are not graduates will be absorbed in the Car Wash and Youth In Entrepreneurship Projects.

He used the occasion to urge African leaders to see African youths as partners in national development and not bag carriers.

The Permanent Secretary, Ministry of Youth Affairs-Andrew Lawrence Sorie heartedly welcomed the team and said most of those projects have just been developed.

He described some of the projects as quick impact projects intended to have an immediate effect on reversing the growing unemployment rate and to bring back dignity to youth.

The Permanent Secretary emphasized that President Bio’s focus on youth uplift mentality is geared toward empowerment today and positioning for the future.

“This is what visionaries do,” he concluded, and assured that they will fully implement those projects in line with the President’s New Direction administration.

Speaking on the need to foster inclusive and sustainable development agenda for Africans,  the team leader from Ghana, Moses Kwadzo Beick-Baffour, said, “I am very much impressed with your leadership style and I am sure if these projects are well implemented, it will be able to cushion the unemployment gap in your country.”

He admitted that Africa is faced with a lot of challenges and those challenges would continue to have security implications if left unattended. That,  according him, needs vibrant political will from African leaders.

Commending President Julius Maada Bio’s leadership, Major Souleymane Ousmane Salifou from Niger said their stay has been successful with an impressive hospitality from the host country.