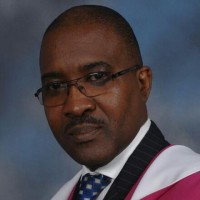 Following President Koroma’s assent to the Constitution of Sierra Leone (Amendment) Act of 2013, one of the members appointed on the Constitutional Review Committee,  Dr. Omodele Jones, has tendered his resignation from the committee because, according to him, “the process is fatally flawed”.

Dr. Jones was appointed by the Minister of Justice to serve as founding promoter of the Inclusive National Conversation for Economic, Cultural and Constitutional Competitiveness upon the formation of the review process by President Ernest Bai Koroma later last year.

In an exclusive interview with a local leading newspaper (Awoko) at his FJP Development and Management Consultancy office situated along Liverpool Street in Freetown, Dr. Jones said that the Constitutional Review Committee was identified by the President as a “priority”, and that he was fortunate to have been one of those appointed to serve in the process that is “expected” to provide us that which will enable this country develop, since “our lagging behind as a nation for the past sixty years.”

Dr. Jones observed that he had anticipated that “the process was going to be independent, and should serve the national interest” which he said, he “so dearly believed.”But, he went on, “I have found out just when the committee has started it work, that the government and Parliament rushed through to make an amendment on the constitution without consulting the committee or writing to state why they were doing it”.

According to Dr Jones, this “Is a clear breach of the trust that was placed by members such as me when I accepted the appointment.” He went on, “It is very critical” adding “We must be able to rely on those who govern us to live up to their words because we are a divided society of many different interest groups. If we do not trust each other we cannot go forward. This country has been going backward because we live in a state of lawlessness, of distrust; and no proper economic development can happen if we do not trust each other. You will not do business with someone who you do not trust”, he asserted.

The development strategist therefore said that, “It is important that our leaders lead by examples. President had made it very clear and quite correctly in his first term that we should change our attitude to ensure that honesty, transparency and trust-worthiness become part of how a Sierra Leonean should behave, if this country is to develop”.

He said, “The government told Parliament to change the constitution without reporting to the committee or given us any good reason why they did it. Therefore, there is a breach of President’s statements on attitudinal and behavioral change, and has basically undermined the confidence I have in the process. The process is now clearly flawed”.

The business consultant said, “Why should I invest two years of my time in that; I am a mere human being. I only have short time to live. I therefore cannot invest my time in a process that I know is a waste of time because, it is obvious that there is no confidence one can have, when already at the beginning the committee is being undermined by those who actually appointed it. So it is a waste of time”.

Dr. Jones maintains, “I am confident that the way I have seen the committee start to operate, and the way I have seen things happening, it will not bring any good fruit to this country.  In ten years time, If God gives me more life to live, you will tell me again that whatever comes out of the Review Process is not going to make no difference in the lives of Sierra Leoneans”, he professed. He mentioned that he did not consult any of the committee members on his resignation because, he says, “I did it from my own conscience. Everybody has his own reasoning. I examine my own conscience, my own knowledge on the Review process and many other issues, based on which I resigned”.

He said that “if the review is properly done and people actually look at the problems that we have, and bring out scientific evidence of what solution should be, then this country can move forward a great way. We may likely not see anything good happen in the review because it is obvious that the powers that be have vested interest. Therefore, an ordinary citizen like me cannot influence that because they have all the powers. So let them carry on”.

However, he said, there are many ways in which we can engage with the people; with the government in other quarters while the process is going on “to make my contribution in the interest of the country.  We need to overhaul the process and put it in a system that will serve this country better”.

As an expert, Dr Jones said, “I have what I feel I could have brought to the review. It is then for the rest of the committee to decide what they think I could have done when I was there. I believe that I have enough knowledge and experience, and what it takes to develop a country. My research that I did is in national competitive strategy; i.e. how countries can actually develop. That is my area of specialism. And with my knowledge, I believe I would have provided serious contribution to develop this country.”

He reiterated that “the committee itself now has been fatally undermined by those who set it up. And therefore, my contribution cannot be useful in that area. I will make it outside”, he suggested, adding “since I have examined the actions of those who appointed us. It is clear that they cannot rely on what they have said. They said one thing and they are doing another. The benchmark of the review process should have been: trustworthiness, honesty and integrity”.

Dr. Jones concluded saying, “The interventions in the review process explain why we are so poor in this country. People cannot live up to their words.  We cannot be trusted beyond how far people can see us-a concept which has permeated the entire society, making it a national problem. It is very serious!” he muttered.