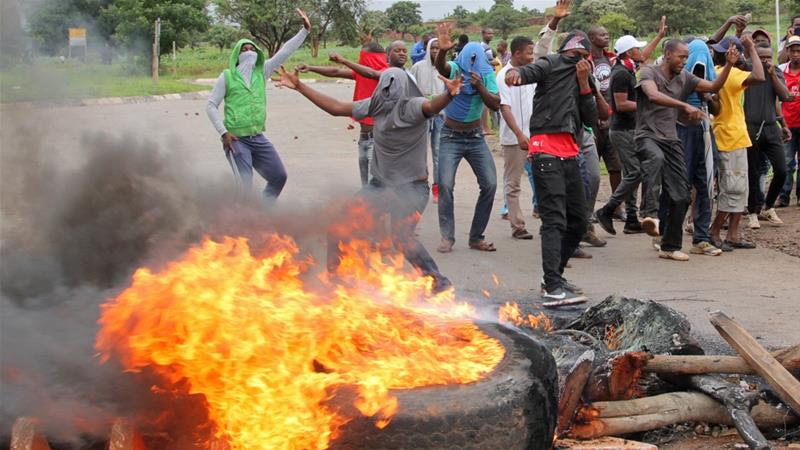 The gunshots started raining down the streets of Harare on 14th November, 2017, and by the 21st, Emmerson Mnangagwa, the then former Vice President and former trench mate of Robert Mugabe made his first intervention by calling on his former boss to stand down. But as Zimbabwe came to terms with what seemed like the unthinkable, a military coup, Emmerson Mnangagwa emerged as the unnatural successor to Robert Mugabe, who had reduced his fellow Zimbabweans to a mere serfdom existence to unimaginable levels. The rest is history.

The fanfare that greeted the removal of Mugabe was seen by many as a breath of fresh air and the dawn of a new era. Interestingly, with Emmerson at the helm, the untethered outbursts of jubilation were misguidedly seen as jubilation for Emmerson. In reality, Zimbabweans who took to the streets in jubilation were just too happy to see the back of Mugabe. This was not in any way a red-carpet treatment or welcome for Emerson. As we all know, Emmerson was one of the main cogs of Mugabe’s political engine room. He was fully enmeshed in everything and anything that was wrong about Mugabe’s rule and Mugabe’s Zimbabwe for the past 4 decades. So for others to expect a different political menu on the table was not only wishful thinking that bothered on the psychotic, but also a wish for hell to freeze.

It is a popular saying that the leopard never changes its spots. Mnangagwa’s ascendancy to the coveted throne did not bring any hopes for change from the trained political minds that have been through the mill with Mugabe. Emmerson was an embodiment and personification of the proverb, “that you cannot pour new wine in old bottles”. It was just a matter of time before he showed his spots again; which lends credence to the adage that “no matter how well you swim beside a crocodile, he is still not your brother”. It is no wonder, that this man is notoriously known as the “crocodile”.

The  Zimbabwe Human Rights Commission, like many other independent observers at home and abroad has said that the “Zimbabwe police are incapable of dealing with the current violence and are therefore using “brute, excessive and disproportionate force in most circumstances thereby causing avoidable loss of life and also worsening the situation”. The President has since blamed the MDC opposition party for all the violence and ills that continue to handcuff the long suffering masses to near survival existence. He continues to blame Mugabe’s regime for the current ills of Zimbabwe. He may have a point, but was he not one of Mugabe’s trusted lieutenants until recently? Was he not a fruit of the poisoned tree? The president would want you to believe that the recent violence and crisis has nothing to do with his recent increase in fuel duty.

Like many other African and developing countries, a massive chunk of the continent’s  respective country GDPs is harnessed from remittances from their citizens in the diaspora. In his desperate bid to get more money from the back of the sofa, Mnangagwa’s government has embarked on imposing a 2% tax on all such money transactions. This is like saying that Zimbabweans are going to be taxed on the hand-outs they receive, courtesy of the philanthropic and God fearing generosity from their family members. So Zimbabwe is now the first country to levy “beggar’s tax”. These guys have no limits to the level of depravity they are ready to sink in. If one needed any proof that these politicians have the conscience of a chainsaw, one needs look no further. These are the kind of people who would unplug your life support machine to charge their phone.

The situation in Zimbabwe is a really sorry sight. For a country to tumble from its height as the “bread basket of Africa” to a mere basket case is very disheartening. During the pseudo elections that were held following the coup cum not a coup by some military officers, Mnangagwa’s campaign slogan was “Zimbabwe is open for business”. There were high hopes that  it will lead to a new wave of international investment and aid to allow the country to pay off some of its massive external debt, estimated at $18bn (£13.8bn).  With arrears of about $1.8bn, it makes it hard to obtain further loans; and it is becoming difficult to see how Zimbabwe can extricate itself from this economic quagmire.

The problem that is facing Zimbabwe is one of trust. You would expect investors, and especially the farming industrialists from the west to flock back to Zimbabwe, following the removal of Mugabe. But why are they not coming back? This is a question of trust. Mnangagwa was a major axle in the drive shaft that propelled Zimbabwe into this downward spiral. He was part of the machinery that presided over the displacement and removal of industrial farmers, during what was misguidedly called a land reclamation reform. With such a backdrop, how would you trust such an individual that he would be different from policies, for which he was one of the chief architects?  People know that the apple never falls far from the tree. Mnangagwa is the fruit of the poisoned tree.  What has really happened in Zimbabwe is a change of driver; the vehicle remains the same old tattered and battered political locomotive on its death throes; and Zimbabwe deserves better. You can’t trust people with “crocodile tears”, pardon the pun.

Zimbabwe remains potentially wealthy in resources. But these resources need capital to bring them to fruition. This means that investors are presently the only life support mechanism for these changes to take place. But how can these investors trust, the leopard with its spots, or in this case the “crocodile” with its tears? There is a massive vacuum of trust that is collectively now becoming the albatross around the neck of my Zimbabwean brethren. What Zimbabwe needs is a total overhaul and surgical removal of the old guard. And I am not preaching violence or otherwise, but by democratic means of free and fair elections.

Zimbabwe needs a massive soul searching. The whole system needs a serious political recalibration; as it cannot continue to sleep walk itself into oblivion. In a country today where the toilet roll is more valuable than its currency, Zimbabwe stands on the precipice of an abyss. And this is saddening, considering the country’s mineral wealth. Some will say that the country needs divine intervention. Far from that; it needs life support machines for some serious economic transfusion.  As Zimbabwe blindly tries to feel its way out of this mess, the hope against hope is that, its citizens will find a consensus to walk again; because it has been crippled by Mugabe and his cohorts.