Latest headlines
A headline in “Awareness Times” newspaper caught my eye the other day; “SLRSA meets with Stakeholders over Ban on RHD”. Words like “stakeholders”, “Capacity”, “sensitise” among others, have become the palm oil with which policies, agendas, programmes are eaten in Sierra Leone today. These are some of the most overused terms you are bound to be bombarded with, any time you have a brush with anything to do with the government. Dr. Ernest Bai Koroma’s government embarked on the “Agenda for prosperity” during his 2nd term in office. He has rightly or wrongly, had his fair share of criticism. In the mix of all these, his government has made some inroads into some of the programmes that he set out to do. A lot has been done with regards to the road building projects, the solar lights and many others to name but a few. Kudos.

The Human Resource Director, Joseph Dauda who chaired the ceremony on the 26th August, reportedly stated that “the ban on right hand drive vehicles was postponed due to the Ebola outbreak and the unavailability of parts to change right hand drives to left”. If such a statement is not self-damning, I wonder what is. There is this notion that the idea to ban right hand drive (RHD) vehicles in Sierra Leone is primarily driven by safety concerns. The report stated that “madam Alice Pratt recalled that the change from right hand drive vehicles to left was effected on 31st march 1971” and that the presence “of right hand drive vehicles lead to an increase in accidents”. Yes I remember well, when we were told “na for waka saful saful, na for go na you right hand…..” No one would deny that RHD vehicles increase the RISK of accidents. But to summarily conclude that RHD vehicles are somehow largely responsible for the increase in accidents is the kind of opinion you get only in Poda Podas. The SLRSA would like you to believe that it has just invented the wheel by banning RHDs.

It is a universally known fact that 90% of road accidents are caused by human error. These include drunken driving, driver fatigue, aggressive driving and distracted driver, as just some of the usual suspects. But it sounds like the SLRSA has a unique scientific way of collating its own data that is unlike world surveys. If we agree that human error is responsible for 90% of vehicular accidents, and we should, let’s look at how that sits with the Sierra Leone situation. How many “drivers” who have driving licence that have never dampened the walls of the SLRSA driving test office?. Do we still conduct driving tests as a requirement for a driving licence? How many drivers can correctly interpret road signs and if so, how many follow them? How many drivers even drive without a qualified driver’s licence? As for the Okadas, don’t even mention it. If only the SLRSA will find the time to check, it will conclude that most traffic accidents in the country today are caused by Okadas. But it is easy to blame it on RHD scapegoats.

During my sojourn to Freetown a few years ago, I was pulled over by a traffic police officer at the four way intersection by the main post office in Freetown. I was driving across the intersection from Tower Hill towards Government Wharf. My crime? He told me that since I was driving across/through the intersection, I was supposed to use my hazard lights to show that I was not making a left or right turn. And that was coming from someone you would expect to know traffic road signs and signals. The last time I checked, hazard lights as it implies were warning signs to warn of hazards around or ahead of the road. 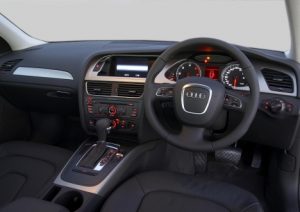 It must be said that making provision for the conversion of RHD to LHD sounds like a good plan on paper. But why did the SLRSA not ensure that the parts and facilities were in place before going ahead to implement the ban? It goes without saying that banning these vehicles has caused a lot of problems for many people. Imagine a taxi driver with a second hand car having to fork out millions of Leones to convert his vehicle, when the value of that same vehicle may not be worth that amount. So how is he going to pay his child/children’s’ school fees when he has been made jobless by the ban? It is obvious that Sierra Leoneans in the UK feel marginalised by this ban; and that also has its financial implications. The role of remittances from abroad to families and friends in the coffers of the NRA and the overall economy of the country cannot be emphasised here.

For a start, where is the data to back up this statement? The SLRSA has always made this bold statement without presenting any known data to back this up. Are we saying that any time an accident is investigated; our traffic officers even bother to take a rain check on the position of the steering column of the vehicle/s involved? If so, let’s have the proof. Does the SLRSA know that a vehicle never hits a tree except in self-defence? Many would conclude that the ban was rightly postponed due to the Ebola outbreak. That was during our hour of need and it was a wise decision to do; as we could do with every help that was available. But some would question what Ebola had to do with traffic. Or was it a question of not staring at a gift horse in the mouth? Britain is one of the key donor members to Sierra Leone. As our colonial step-fathers, it was obvious that would come to our aid in our hour of need. With Britain driving on the left with RHD vehicles, would it be that donated vehicles were too good a gift horse to look in the mouth? To say that the ban was postponed because of “the unavailability of parts to change right hand drives to left” says a lot about how much thought and planning went into such a major policy by the SLRSA. You would expect some foresight on the part of SLRSA, to prepare for what seemed to take ages to implement.

What would I do if I were the Minister of Transport and Aviation in Sierra Leone?

I would ensure that we have enough garages with the right tools and expertise to safely convert all RHD to LHDs before implementing the ban. I will allow the importation of RHDs but on condition that they are NEVER driven on the roads of the country. This means that all imported RHDs are driven on low-loaders or other vehicle transporters from the docks and straight to a garage. To facilitate this, the importer will have to prove by way of document that arrangements have been made by a government accredited garage to carry out the required conversion before a vehicle can be allowed to clear customs and excise. I will also ensure that the EXTRA 40% levy that was in place for all RHDs are implemented, but refunded after a converted vehicle has been vigorously tested for safety by SLRSA and according to SLRSA standards. It is only when all these standards have been achieved that the vehicle would be licensed to be on our roads. Not that I am asking for your votes; not this time though.

This will not only ensure a boost to the employment rate, but will also swell the government’s coffers and drive towards our much trumpeted “Agenda for prosperity”. On the jobs front, it will give rise to more garages that will be required to handle the rate of conversion. Many of our youths may just find a vocation in their lives, instead of engaging in crime. Sierra Leoneans in the UK would help their friends and families with some source of income and by so doing, teach them how to fish rather than give them fish all the time. The government of Sierra Leone needs to take a closer look at this issue. Banning RHDs is not the answer to our road traffic accidents; it is just a step. If that was the case, drivers from Britain would not be allowed to drive in France, Germany or USA, etc. Come to think of it, the SLRSA is just barking at the wrong tree, and this is the kind of noise you can only associate with Poda-Poda talk. In the absence of any data to back up the notion, many have been left to conclude that the banning orders were as a result of protecting some vested interests. You be the judge. If anything, this policy is an accident for our “Agenda for prosperity”.

Don’t forget to switch off the headlights before you close the garage.