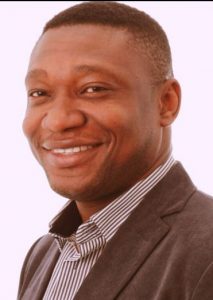 I’m a Muslim to the bone and can read Quran without a hiccup but I find it disgusting and unimaginable, the way and manner poor African women are being treated by Arab families in the Gulf region and all intellectual pieces that are aimed to downplay or undo the negative effects, including the recent publication by the Sierra Leonean Embassy in Kuwait, are baseless.  The fact of the matter is that the oil-rich families are taking advantage of the appalling economic situation of the poor African women to rob them of their basic human rights, which is in sharp contrast to the Islamic doctrine preached by Islamic evangelists.

Though the idea of contracting young women from poor countries across the globe to serve as home servants and nannies for wealthy families in rich countries has so far brought tremendous opportunities for many poor families in Africa, South America and Asia, but I strongly question the actual philosophy behind the scheme.  Personally, I hate the scheme because I view it as another form of gender stereotyping, as it logically tells me that (only) women can serve as maids and nannies. Though it’s natural that only a woman can conceive and deliver a child, but there is no good justification to the culture that compels only women to serve as cooks, babysitters and home cleaners. Those jobs can be done by anyone, with or without a beard.

In Germany for example, foreign nannies are called “Au-pair Mädschen” and I have seen many families importing them from poor countries to help nurse their children. But the violence and slavery associated with the scheme in the Middle East is unimaginable for a normal European. Of course, there might be some cultural misunderstandings, language barriers and differences in human behavioural patterns, but the act of physically manhandling including raping of a poor woman simply because she is vulnerable to you, is a clear demonstration of lack of modern civilization. The stories of Arab families maltreating African women is no longer a news because every poor country in the region has a lamentable version. So the million dollar questions are: why are the African governments still allowing their valuable women to fly to the Middle East in the first place? If they are forced by poverty to go and work there, why are they going without proper contracts strictly monitored by their embassies in the region?

One terrible thing I learnt about the Gulf immigration policy during my stay in Egypt and Israel is the Kafala system. Kafala meaning sponsorship in Arabic, the system grants endless power to hosts families and institutions over temporal immigrants including students and domestic workers. The governments issue residence permits to the hosts/sponsor, which grants them (the host/sponsor) the right to invoke it without consulting anyone. This policy might make it easier for the government to monitor immigrants but it deliberately forces the poor immigrants to answer “yes sir” to the hosts/sponsors throughout their stay in the region. I saw employers in Dubai keeping their employees’ passports and originals of valuable academic documents. This is the same situation in Saudi Arabia and Kuwait. They live with their employees more of a slave and master relationship. As long as this policy remains unchanged, the Gulf countries shall ever remain dangerous for a foreign domestic worker.

Unfortunately, all the proposed actions highlighted by the Sierra Leone Embassy in Kuwait never mentioned anything about prosecuting perpetrators, compensating the victims and totally banding the entire maid-trafficking scheme. The Sierra Leone government, as far as I’m concerned, is doing little or nothing to stop the Arab employers and human-traffickers who imported our potential wives and sisters only to be enslaved, brutalized and raped by some barbaric Arabs in the Gulf.