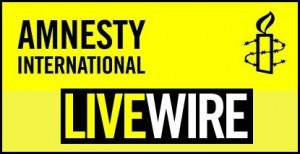 The Acting Director of Amnesty International in Sierra Leone, Mr. Solomon Sogbandi, says the group is working to make sure the Government of Sierra Leone abolishes the death penalty in the country.  “So far, the government has put a moratorium on executions and that is a step in the right direction,” Mr. Sogbandi says. "To us, the death penalty is unconstitutional and a violation to the right to life, as it says in the Universal Declaration of Human Rights."

However, recent news reports that executions were held in neighboring Gambia last week have raised his concerns about what that may mean for Sierra Leone.

The Gambia outlawed capital punishment decades ago, but President Yahya Jammeh re-instated the death penalty in 1995.

"Today it is happening in The Gambia, tomorrow it could be Sierra Leone," Sogbandi said.  "You can't tell because it was initially abolished, but reintroduced with Jammeh coming to power so we can't tell.  Now we have government saying it does support the issue, or is in favour, but if we have another that may not support it, it then becomes difficult for Sierra Leoneans."

Amnesty is not the only organization concerned.  City of Rest is a Freetown-based mental health organization that focuses specifically on care for youth and adults.

The Project Coordinator, Mr. Joshua Duncan, estimates at least half of the prisoners in the country may be suffering from mental illness. He says providing better mental health services would be more effective at reducing crime than having capital punishment.  Mr. Duncan also recommends more education for those working in the mental health field.

"And also include in training courses of nurses certain aspects well enough to cater to those suffering from mental illness, so we'll be able to attend to them," said Mr. Duncan.

He acknowledges with only one psychiatrist in the entire country, The Gambia has a long way to go in that regard.  But the public can also play a role. Mr. Duncan says there is still a stigmatization towards mental health and that also needs to change.

"You might be a victim one day, so let's not neglect those who have been challenged with mental health," he added.  "Let's put our resources together so as to be able to help them and help our country."

The government says it is doing its part. The Attorney General and Minister of Justice, Mr. Franklyn Kargbo, says that after the country's elections on November 17, the government will abolish the death penalty.

"First of all you will notice no executions have taken place since Dr. Ernest Bai Koroma took up reins of government," Kargbo noted.  "Secondly, in 2009, 2010 he [commuted] all death sentences to life imprisonment.  It is now government policy that the death sentence now operates as life imprisonment… [We are taking these measures] until such time as we can amend the constitution and laws so [the] death penalty can be taken off our books."

But Amnesty's Mr. Sogbandi worries that if the All People’s Congress (APC) Party is not voted back in, that could change.
And so during the first week of September he is going around to all the political party leaders asking them to sign an agreement with Amnesty stating that they will abolish the death penalty if elected.

"They are going to sign what we call ballot paper, a paper that will tell us they are committed to key human rights issues," Mr. Sogbandi said. "After the elections, we are going back to say you were committed to A, B, C, and D, so the death penalty is one of those issues we want people to be committed to."

Mr. Sogbandi notes several African countries have recently taken measures to abolish the death penalty, including Benin and Togo.  He hopes Sierra Leone is another country that follows through.