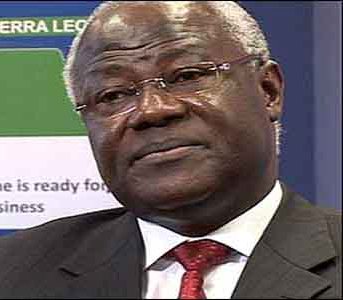 The recent exposure of the utterly depressing deeds of the APC government has forced international institutions and governments to raise eyebrows at President Koroma’s interpretation of democracy. It has also galvanised many Sierra Leoneans both at home and abroad to question whether President Koroma is a ‘fit and proper’ person to lead the country beyond November 2012. Under President Koroma’s leadership Sierra Leone has experienced the worst international media coverage since the civil war; the five-million-dollar consignment of weapons to be used against civilians, the timber scandal by Al Jazeera, the American Congress’ concern over unrelenting corruption and drugs, the UK Channel 4 and a further Al Jazeera coverage of the flouting of fishing regulations and the apparent lawlessness and illegitimacy that underpins it, the expulsion of the UN representative, and the brutal attack on communities, all in the space of eight months have gravely damaged the integrity of his government.

State-induced poverty, and crime and distasteful intimidation by government agents against opposition members and activists are a distinct aspect of President Koroma’s intension to drag the country back to the war years. Early this year the President bought five million dollars’ worth of arms and ammunition to be used by the recently expanded paramilitary wing of his security forces against civilians in the forthcoming November elections. The purchase of arms is intended to intimidate, harass, and enforce ‘victory’ in November, a very worrying sign for those who adhere to true democratic values and human rights.

Many who saw Sorious Samura’s piece on Al Jazeera could only fidget in disbelief at the bragging of the Vice President’s henchmen about their capacity to pull strings of connection and favour in return for dollars. President Koroma, having his government exposed this way, is intending to use brutal means to subject and silence his own people.

Naively, or rather ill-advisedly, those media people in Sierra Leone who were supposed to know better, jumped on a vain ‘patriotic’ gravy train by attacking Sorious Samura, a renowned international journalist, with unrestrained rage for telling the story as it was. It was out of sheer irrationality, and perhaps self-denigration, that certain sections of the national media condemned Sorious Samura as unpatriotic. Those politically aligned media personalities that claim to be patriotic by not publishing what is eating the country are only doing so at the command of their patron saint, President Koroma. But a true patriot is someone who defends his country against his government. Anyone who does the opposite is as despicable and bigoted as they come.

My fear, like many sane Sierra Leoneans, is the current direction the country is taking under President Koroma’s leadership. Through self-exposure President Koroma has publically proved himself to be unjust and openly determined to use force to express his will over the country.

The Rtd Brigadier Maada Bio, having equipped himself with further research work on what contemporary leadership is all about, is currently perhaps Sierra Leone’s most ardent and astute political leader since independence. His appointment of the influential Kadi Sesay is a masterstroke of a deft politician who has literally split the Northern vote into two, thereby rendering APC impotent at home. This skilful gesture is also the first time a woman has been appointed to the role of running mate, a beautiful conduit for female support. He has clearly deviated from Sierra Leone’s old politics that he was once part of. If Rtd Brigadier Maada Bio does not revert to type, the Sierra Leone political stage is his.

What distinguishes Rtd Brigadier Maada Bio from President Koroma is his capacity to delve deeper and grasp democratic modernity and use it to his advantage. For this reason, President Koroma has no clue what so ever as to how to tackle Bio. Bio is well educated, very well spoken, media literate, and well travelled and presentable. As a result, President Koroma has resulted to using the most rehearsed and dishonourable means of election manipulation by buying weapons for his paramilitary, and removing a key international eye, Michael von der Schulenburg, who was the UN representative to Sierra Leone.

The expulsion of the outspoken Schulenburg by President Koroma is an attempt to mask, though rather crudely, his intention to disrupt and subdue international scrutiny of the election processes.

In his letter to Lynn Pascoe, UN undersecretary-general for political affairs, Mr Schulenburg wrote, "There can be little doubt, that the decision by the President to force my early departure will be seen – rightly or wrongly – by virtually every Sierra Leonean as an effort to remove a potential obstacle to his re-election and as opening the door to manipulating the election outcome in his favour." Mr Schulenburg also wrote, "I also feel that we should engage the President directly over his sudden flair of hostility towards me before giving in to his request for my departure."

The Koroma administration is in panic. As election approaches APC officials have started taking huge funds from government coffers (funds from government departments and agricultural projects) so as to prepare themselves for life after government should its leadership fall in November. It is very worrying that a country in such economic quandary is remorselessly being stripped bare of much-needed support through state-sponsored thievery. Most national economic rehabilitation projects have either come to a standstill or are moving at a very, very slow pace; devoid of funds.

Attitudinal change, which became the mantra of the APC government, was only a call to personal enrichment. The government’s failure to curb corruption and ensure food security and youth employment will further contribute to the fall of President Koroma in November.  You have to be insane, absolutely insane, to think otherwise. Many young voters have expressed distaste towards the APC government for failing to fulfil its promise of jobs and food for the unemployed.  Those who depended on the sea for their livelihoods have been made jobless by excessive fishing by foreign companies hired by the APC government. Farming lands are being sold to foreign companies for bio fuel production. It is these jobless communities who have now turned to drugs for sustainable living. They have withdrawn their children from schools because they cannot afford school fees. The rise of gang activities and petty crime in Freetown and other cities is the result of joblessness and destitution. These are the people who will vote in their droves to change the government, and Maada Bio has cleverly tapped into their grievance.

The buying of weapons, hot on the heels of the Al Jazeera timber scandal and Channel 4 fishing documentary about Sierra Leone gives the impression of a remorseless government, and the personal opportunism it accords to its associates. These activities have effectively ranked Sierra Leone as one of the worst places on earth to live.

UK’s Channel 4 documentary showed a different angle to this fishing scandal by revealing the impact at community level; the extreme poverty suffered by coastal dwellers whose livelihoods are depended upon it. Those who once provided food, medical care and education for their families are no longer able to do so.

These foreign documentaries exposing incompetence, bad governance and illegitimacy in President Koroma’s government are enough to convince the international community and us Sierra Leoneans that the time has come for him to leave.

James is Sierra Leone’s human rights activist and journalist; you can contact him at:
James.fallah@fsmail.net

You can also read more about James’ work and interview with Mancunian Matters: