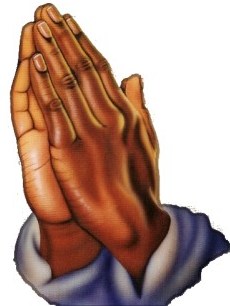 Our President’s move to declare a week of prayer and fasting is most commendable as the God factor is inexplicably relevant to the destiny of a nation. In any case, amidst this clarion call for the hand of God upon our nation below are my concerns:

The Word of God declares in 2 Chronicles Chapter 7 verse 14:
“If my people which are called by my name shall humble themselves, and pray, and seek my face, and turn from their wicked ways; then will I hear from heaven, and will forgive their sins, and will heal their land”. KJV

What Governor Clarkson actually did in the colonial era in his prayer for Sierra Leone is what is being replicated in our days through our sitting President, who has declared a week of prayer and fasting for Sierra Leone. Whenever we seem to be under stress as a nation, there is a call for prayer and fasting. We saw this happen in the days of Siaka Stevens, Major General Joseph Saidu Momoh, Captain Valentine Strasser, Alhaji Dr. Ahmad Tejan Kabbah and now President Dr. Ernest Bai Koroma.

Why is it that prayers have not worked for us as a nation? It is either because we do not really know the God we are calling upon or we have been operating in utter hypocrisy and deception. Indisputably, turning away from our wicked ways is an obligatory pre-condition for God to interfere in the affairs of our land. The problem of Sierra Leone is that of idolatry, plain and simple. The two officially recognised faiths/religions in Sierra Leone practise strict monotheism (i.e the Oneness of God).

Whereas Muslims have as their article of faith the “Kalimatu Shadath”, “La illa ahila lahu…”, -there is no other God but “Allah”, the first commandment in the Old Testament that was given to Moses on Mount Sinai says, “I am the Lord thy God…..thou shall not have no other gods before Me.”(Exodus 20:2-3). Jesus himself declared in the New Testament “……Hear O Israel, the Lord thy God is one Lord” (Mark 12:29).

If we consider Freetown to be a microcosm of the nation of Sierra Leone, there are more secret societies in Freetown than schools, mosques and churches.

The path that Sierra Leone is now threading on is that of institutionalised idolatry fully supported by politicians. Eastern Paddle has not only been supported covertly by the political class, but most of our leaders have come out openly to process in the streets in what has become an acceptable norm in the name of culture.

Fellow Sierra Leoneans, the above mentioned group-style is not of Sierra Leone origin. They were imported from Nigeria and most of them have disappeared when there was an ignition of nationwide God-consciousness supported by the political class.

Herman Cohen a former American Secretary of State for African Affairs once said:
“A people get the Government they deserve”. When the youths who are tomorrow’s leaders actively engage in secret societies and their attendant rituals rather than academic pursuits in this computer age, then we should expect that to be reflected in our quality of leadership.

I have deliberately not mentioned what goes beyond Waterloo and the peninsular villages because the situation is not even better; Freetown has portrayed the national picture.

Dear readers, the word of God says, “righteousness exalts a nation but sin is a reproach to any people (Proverbs 14:34). I was monitoring one of the meetings of the Republican Party in the United States of America, the meeting eventually metamorphosed into a prayer meeting. The last utterance in a presidential speech of every American President is, “God bless America” and the inscription on the United States Dollar Note is, “In God we trust”.

The Prophet Elijah said unto the Prophets of Baal at Mount Carmel, “How long shall you wrestle between two opinions? If God be God follow him.”

Let us stop fooling ourselves. As a nation, we should make a quality decision marketed and supported by those in governance to either continue serving devils and promoting secret societies and cultism or face the painful consequences or turn to the only true God that hates idolatry and its appendages and see our country healed, saved and blessed.

In closing, here is a summary of an event that once took place in the Federal Republic of Nigeria. One day, it was announced in Nigeria that there was going to be a meeting of the World Council of Witches in Nigeria. Archbishop Benson Idahosa (of blessed memory), knowing the disastrous consequences of such a meeting and the spiritual pollution that it will cause his country came out and in a risky venture and declared that such a meeting should not hold.

When the President of the Council of Witches was interviewed to respond to Arch Bishop Idahosa’s opposition to the meeting, he (The Chief Witch) proudly retorted, “Not even God can stop us.” The ensuing war of words attracted wide media coverage and Archbishop Benson Idahosa and the President of Witches were put on live debate on TV.

After some antagonistic exchanges, the President of the World Council of Witches backed down and the meeting was annulled. Since that day the Federal Government promulgated that no Nigerian is permitted to practise witchcraft. And this constitution is on record in the world as the only constitution that takes position on a sensitive spiritual position.

Can our leaders openly take a position as to whether Sierra Leone stands for God and God alone, and Not God plus something else?

Your Excellency Dr. Ernest Bai Koroma here is a question for you: When you would have served the years God has ordained for you as President of Mama Sa Lone, what will you be remembered for?

May God help us!