Armed robbery has become another terrifying development in Sierra Leone over the years.  Still staggering to extract itself from the ash and debris of decade long civil war, the country is currently facing diverse socioeconomic and political problems ranging from greed, corrupt, regional and tribal based system of governance, to weak economic fundament, high youth unemployment, poor health facilities, acute rural poverty…. the list is endless.  Most citizens, especially the youth, are unable to afford their daily bread due to lack of proper education, skilled knowhow and job opportunities in the localities they live.  Apart from mineral miners, such as African Minerals or Sierra Rutile who can sign unfair contracts with the central government wich allows them to extract precious gravels and ship it out of the country without showing us what it actually contains, there are very few investors out there who would like to invest their money in a country that is still tagged by global leaders as violence prone.

Conflict and development education tells us that the above are proximate and catalysts of violence in every part of the world. It’s like a time bomb, liable to detonate at any time, if situation remain unchanged. Brutal armed robbery is one of the signs that security situation has reached the tipping point, a point of no return. A responsible government should have started acting against this long since.  As armed robbery exacerbate across the country, it has now become clear that the ordinary citizen has lost confidence in the law enforcement and judiciary system as recent evidences show that some of the arm robbers are either aided by the police or are police themselves. For example, on Friday, 3rd February this year, armed robbers were overpowered by the national army in Pujehun town, Sothern province, only to the dismay of the general public that some of the robbers arrested were police personnel.

It’s long overdue for a serious government who feels responsible to protect the ordinary citizen to start putting in place mitigating measures to avert possible uncontrollable consequences. Sadly enough, that doesn’t seemed to be the case in Sierra Leone as our leaders are more interested in ruling the people than protecting them.  As we gradually walk to the poll, they are now busy cataloguing unfulfillable promises without any intention to deliver them. Human security is one of theme… 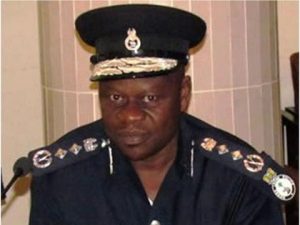 Of course, armed rubbery is not an isolated issue because it’s happening in many other countries, particularly post conflict countries where arms and ammunitions have been proliferated for decades.  But to learn that the rubbers have now started attacking business houses during business hours in broad daylight in the country’s administrative capital of Freetown, has made it more frightening than ever before, as it clearly shows that human security has deteriorated very rapidly in the country. This is a sign of speedy reversal and negative changes in our hard won peace and democracy.

Another sign that our country has reached the tipping point of violence is the manner in which the youth and police respond to the scenario. We all know that the robbers were armed and they have the tendency to kill whenever they face any resistance.  We also appreciate the “civil courage” demonstrated by the youth in trying to hunt down the perpetrators. But there is another worrisome aspect of it which the government shouldn’t overlook:  mob and retributive justice. Encouraging the youth to kill and chop off the robbers limbs like sacrificial animals and display them in the social media is the highest degree of lawlessness in a country where majority of the population are still traumatized after a protracted bloody civil war. Dismembering a human being, even your sworn enemy, is a crime against humanity and is prohibited under international human right law. This is unacceptable in a civilized society and the police shouldn’t condone it.  I couldn’t publish a pictorial review of the scenario because the graphics are extremely disgusting and I view  publishing them as glorification of the crime.

In as much as we are terrified by the robbers and we welcome every effort to hunt them down, we shouldn’t forget the fact that a ricocheting bomb could target its firer. Using the youth vigilantes to fight the situation is a double edged dagger that could cut the user without any mercy. As we see those illiterate and jobless youths acting in such a ferocious manner under the watchful eyes of the police, what can the police do if we see one of them stab someone else tomorrow over common discordance?

In yesterday’s incidence, the youth took the law into their own hands by conducting mob justice in a very cruel manner and we are celebrating it right now because they did it in the interest of the community. But sooner or later, we shall start referring to them as ravenous beasts when they defend themselves against the police.  For example, when the youth defended themselves in Kabala town, police shot and killed them like rats. When disgruntled youth torched down the paramount chief’s residence and expensive community infrastructures in Moyamba district, they were referred to as enemies of peace.  When young students protested in Bo city against indefinite closure of Njala University, they were shot at again by the police, leaving two dead. This simply tells us that the youth are not the best tools to fight violence. If the government expect the youth to be law abiding, it should stop exploiting their aggressive and violent nature.

The central government should put in place a better mechanism to curtail armed robbery and protect the ordinary citizens under the ambit of the national constitution.  Depending on mob or retributive justice is not a durable solution.