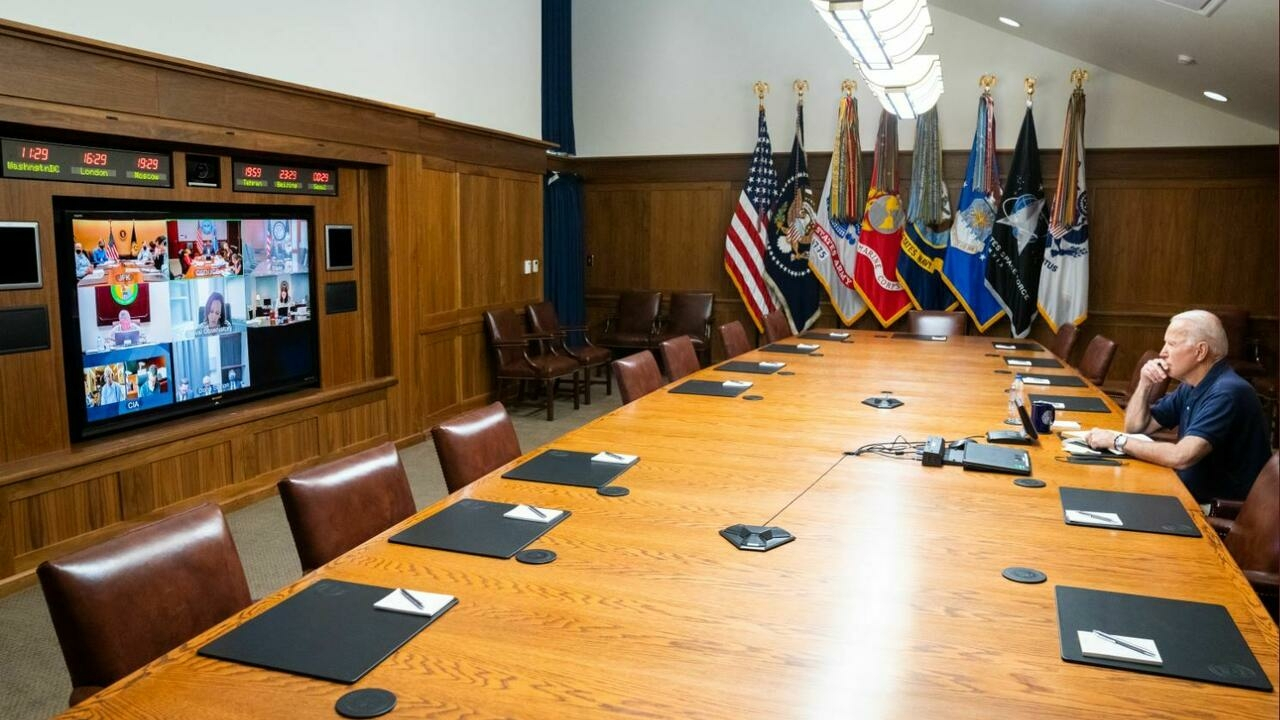 There is growing anger for the way Afghanistan has fallen back into the hands of the Taliban. It is not surprising that most of the anger has been directed at the US, the self-proclaimed universal saviour from the “uncivilized” world. Many see the withdrawal of foreign forces from Afghanistan as the sole reason for the Taliban takeover. Unfortunately, the GOP and many others are blaming Joe Biden for this catastrophic collapse that is unfolding before us.

This has not stopped former President Donald Trump to get on his high horse and peddle his habitual lies about the withdrawal. How soon have people forgotten Trump’s mantra of “America First” Let us take a walk back into the timeline for this “disastrous” outcome? Long before Biden became the 46th President of the USA, under the “genius “former President Trump, “the United States Armed Forces were scheduled to be withdrawn from Afghanistan by August 31, 2021, concluding the Operation Freedom’s Sentinel and NATO’s resolute Support Mission”. After invading and occupying the country in 2001 following the 11 September attacks, the resulting war became the USA’s longest military engagement.

A peace agreement titled the “Agreement for Bringing Peace to Afghanistan was signed on February 29, 2020, one full year before Biden was elected president. According to the agreement signed by former President Donald Trump’s administration, American and NATO will withdraw ALL regular troops from Afghanistan. In exchange for this, the Taliban pledged to prevent Al-Qaeda from operating in areas under Taliban control and nesting in the country. That was the condition for the withdrawal hatched by Donald Trump’s administration. The deal was supported by China, Pakistan, and Russia, and unanimously endorsed by the United Nations Security Council. The Trump administration agreed to an initial reduction from 13,000 to 8,600 troops by July 2020, followed by a full withdrawal by May 1, 2021 if the Taliban kept its commitments. But today, everyone is blaming Joe Biden for an agreement that was rubber-stamped even before he got the Democratic nomination.

What should be worrying everyone is whether the Taliban will keep their promises. Despite the selective amnesia that the GOP and others are employing, the “fall” of Afghanistan should serve as a lesson to many. The adage that he who fights and runs away lives to fight another day comes to mind. The Afghanistan conundrum proves that might is not always right and that winning the war is one thing, the battle is a completely different case.  The universal anxiety that has gripped the world is perfectly understandable, and this is based on historical knowledge about the Taliban.

There is no question that their brand of Islam bothers on the extreme and barbaric. But twenty years of friendly fire and power-sharing between several Western-backed governments and the Taliban is bound to induce some changes. To all intents and purposes, any Taliban government would one way or another yearn for international recognition. The Taliban would know full well that they would need to loosen some of their ways to achieve this. That is where cultural and political horse-trading will come to play. Despite the anxieties, we should not forget that the leadership of the Taliban has changed over the years. Many would hope that the current leadership will be slightly toned down. Never underestimate the power of inculcation that comes with years of co-existence.

Interestingly, Donald Trump has been calling for the resignation of Joe Biden. I am struggling to decipher January 6 from the Taliban take over. One is fighting to take back its country, and the other to tear its country apart. If anything, the GOP should be ashamed of preaching democracy to the Taliban. In case some Americans become amnesic, January 6 took away any of their professorial merits to preach governance to anyone. Some people are wondering why their troops should be fighting radicals in faraway lands when they have their very own brewed in house.

But what does the Afghanistan scenario teach us. Firstly, it shows that any change that abandons its culture is bound to fail. Change should be inculcated. It should be evolutionary and not revolutionary. It shows that war changes nothing. When Osama bin Laden and his band of terrorists attacked America, the response was to invade Afghanistan, which was the honeycomb of Al -Qaeda.  When America and the Coalition of the Willing invaded Afghanistan, it was universally seen as a just war and rightly so. The sole purpose was to root out and destroy all elements of Al-Qaeda in the country.  It was never about occupying and ruling the country. This day was always going to come; the time to pack up and go home. But when was the right time? Was there ever a right time to leave?

Twenty years down the line has seen thousands of lives lost and billions spent to keep us safe. Bin Laden was killed, and Guantanamo is still occupied. Thankfully, since the war on terror was launched, there has been a lot of innovations and improvements to tackle this scourge. There have been pre-emptive strikes, drone wars and tougher security checks to keep us safe.  We have given up a lot of our freedoms, a small price to pay to safeguard our security. Although this is no reason for complacency, the amount of security improvements have led to some nullification of the threat from Al-Qaeda.

But the amazing thing about all this is the GOP’s response. When Trump signed the tenancy agreement for the White House, he promised to “End the forever wars”. It was Trump and Pompeo who gave the Taliban power, legitimacy, and 5000 of their captured members, just so that he can claim he “negotiated peace” in Afghanistan. He negotiated with the Taliban without the involvement of the Afghan government. It is so interesting that hot on the heels of the capitulation of the Afghan central government, the GOP removed every evidence of their proclamations and dealings with the Taliban from their website.

Throughout his tenure, he disparaged the intelligence of service members and asked that wounded veterans be kept out of military parades. He was quoted as saying that Americans who died in wars are “losers” and suckers”. During his four-year stint, he took America out of five significant international agreements. They include the Paris Climate Agreement, Trans-Pacific Partnership, UNESCO, The Iran Nuclear Deal and The United Nations Human Rights Council; all in the name of “America First”. When did Trump become so caring and concerned about the fate of the Afghans under the Taliban? When did he become concerned about women’s rights? When did foxes start voting for the welfare of chickens? Do Turkeys vote for Christmas these days?

Amidst the universal anxieties, the Taliban have since made declarations and promises in their first press conference. They have promised amnesty, ensure diplomats and aid workers to work safely, allow female medics to continue their work and girls to remain in school. They have promised women’s basic human rights, and to be active in society “but within the framework of Islam”.  It is understandable if many think that a leopard never sheds its spots, which is the source of the world’s anxieties. As we see female journalists interview Taliban leaders on TV, volleyball being played etc, it is early days. We all hope that they will keep their promises.

So, what have we learnt from the Afghan experiment? All governments lie, to take their countries into wars. It shows that might is not right. This experiment shows that cultural change cannot be achieved by revolutionary means and that any change that abandons its culture is bound to fail. Change should be inculcated evolutionarily within a culture. In trying to change Afghanistan, it should be done with the expectation that we can make it work or make it better. It is not about the strongest or most intelligent, but who can best manage the change. If the turbulence in Afghanistan is to be addressed, it should not be treated with yesterday’s logic.

Joe Biden can get all the flak vented towards him, but there is no better solution. America and the world had been lodged between a rock and a hard place. In war, there are no winners, only survivors. May the souls of those who lost their lives in this war, rest in perfect peace. In the heat of this current debacle, it may seem that they died for nothing. History will show that they died for a good cause. Only time will tell.