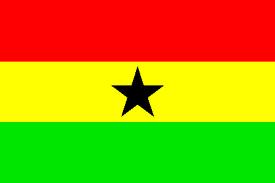 The “City Forum on Culture and Development,” a policy orientated venture held in Accra to openly strategize the African culture for African progress reveal the increasing attention being given to the African culture.. For almost 50 years, the African culture, either because of colonialism or bad intellectual savvy by African elites, has not been purposely appropriated for policy development and bureaucratization.

Overtime, it has made Africa shamefully the only region in the world where foreign development paradigms dominate its development process to the detriment of its tried-and-tested traditional values. This has had psychological implications on Africa’s progress. A situation that makes African elites, as the central directors of Africa’s progress, not only rationally fragile but morally flimsy.

Aware of this missing link in Africa’s progress, an enlightenment campaign is under way in Ghana. Driven by the mass media, some religious leaders and some academics, it seeks not only to advocate for the appropriation of African culture in policy development and civil service but also the refinement of the inhibitions within the culture that stifle progress. The prominent Ghana Academy of Science and Arts, among other credible institutions and non-governmental institutions, recently trained Ghanaian journalists about how to deal with inhibitions within the Ghanaian culture.

The reporting of incidents of traditional believes in witchcraft as the cause of death, vehicle accidents, diseases, conflicts, and other existential challenges are on the increase Ghana-wide. The journalists undertake such schemes in analytically comparative ways against the emerging democratic tenets of freedoms, the rule of law, good governance, social justice, human rights, and equality.

The Accra culture forum, with UNESCO as some of its prominent participants, said it aims are to “strategize on ways to put the cultural and creative industries at the heart of Ghana's national policy agendas by exploring development policies, funding modalities and programming approaches.” That’s a good proposition and positive start. But missing here are traditional institutions, the main sources of deep and practical cultural knowledge, as the sounding board to review the place of the Ghanaian/African culture in progress. And while the creative industries, despite not fully tapped for progress, is well known in Ghana’s/Africa’s development process, the core culture as the hub of policy development tool is still insubstantial in the larger thinking of Ghana’s/Africa’s progress.

George Clifford Owusu, of the Accra-based Daily Guide, part of the journalists in the forefront of Ghana’s enlightenment campaigns, in a report of the Accra cultural conference, quoted the United Nations Conference on Trade and Development data that says “cultural creative industries grew at an average of 8.7% annually.” But George Clifford Owusu did acknowledge, as the Ghanaian enlightenment movement have said, that “culture is not mainstreamed into development policies.” The implications are that Ghana’s development policies are unrealistic and do not reflect the Ghanaian/African developmental reality.

Unlike Japan, the management and organizational contents of Ghana/Africa existence is still tremendously Western despite huge African cultural values such as South Africa’s ubuntu, “I am because we are,” that could be appropriated as management tools that fit the African moral, psychology and environment.

Also welcomed by the on-going enlightenment movement is “enhancing the knowledge of public authorities, private sector institutions and representatives of civil society about the unique characteristics of the cultural economy.” More than anywhere the Ghanaian/African bureaucracy, as the sense, eyes and ears of the African people and their struggles, needs radical overhaul to reflect Ghanaian/African ways of life. The African bureaucracy doesn’t reflect the real African and the mechanisms of the continent’s mainstream development process. And this has impacted on the private sector that is supposed to be influenced the public sector. Though the long-running African authoritarianism is responsible for this climate, Africa’s emerging democracy is quickly changing this, as the Accra cultural forum, under Ghana’s democratic dispensation, show.

In mainstreaming the Ghanaian/African culture into policy development and bureaucratization, the informal sector would be empowered and refined as one of the key drivers of progress.

The Accra City Forum on Culture and Development exposes how democracy is opening Ghana/Africa from all fronts for progress. This is powered by the unprecedented technological and social change across Africa. The Accra forum should finally stay pertinent and react to Africa’s developmental challenges, and seriously help improve the living conditions of Africans in the long term.