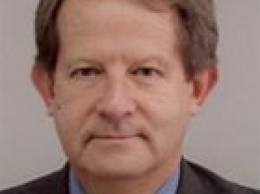 The Secretary-General is grateful to Mr. von der Schulenburg for his excellent service as the head of UNIPSIL, which has contributed to the peace-building and development priorities of Sierra Leone.

Mr. Toyberg-Frandzen is well qualified to support the efforts of Sierra Leone in achieving its peace-building and development priorities.  Mr. Toyberg‑Frandzen has served as the Acting United Nations Resident Coordinator and United Nations Development Programme Resident Representative in Yemen and as Resident Coordinator and Resident Representative in Bosnia and Herzegovina.  He has over 30 years of senior-level experience working with the United Nations in Bhutan, Iraq, Nepal and Turkey.  He has acquired extensive experience in management and leadership of programmes in development-related areas.

Born in 1950, he holds a master’s degree in business administration from Aarhus University in Denmark.  Mr. Toyberg-Frandzen is married.