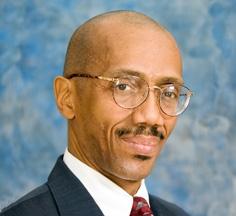 What is different for Black Chicago children two weeks after a grueling, internationally-watched, hard-fought strike than two weeks before the strike?  By most accounts, Black children will go back to the same schools they attended before the strike with few difference-making improvements.

There is an old African proverb: When elephants fight, it is the grass that gets trampled.  When big cities and school boards fight with teachers’ unions, it is the children who get trampled!

Here are the shockingly abysmal educational, social and economic realities for Black children in Chicago:

·        The Chicago Public School system has the highest suspension, expulsion and arrest rates of Black students anywhere in the world.

·        In 34 of 104 Chicago high schools, less than 10% of CPS students met or exceeded Illinois State Standards in math and reading on the    2011 Prairie State Achievement Exam.  Those schools were predominately in Black communities.

·        In 52 of those 104 Chicago high schools, less than 15% of CPS students met or exceeded Illinois State Standards in math and reading on the 2011 Prairie State Achievement Exam.  Those schools were also predominately in Black communities.

·        After the agreement between Chicago and the teachers’ union, the city is expected to close between 80 and 120 elementary and high schools in the near future, mostly in Black communities.

·        Chicago has become the murder capital of the world for school-aged Black males.

·        One out of three Black males born in America after 2001 will be incarcerated in prison or jail.

Black children are not being adequately prepared to successfully compete globally or to participate in any meaningful way in the 21st century.  While Black parents may be relieved  that Black children are back in a structured learning environment, how can we truly celebrate a resolution that fails to significantly benefit Black children?   Black people will not rest while this educational genocide continues to decimate the Black community.

It is time for Black parents and Black communities in Chicago to strike a blow for all Black people across America and across the world.  We must take over the education of our children.  We must occupy the schools!

We must take the control of the education of our children from charter schools, public schools, private schools, corporate schools, city administrations, unions, school boards, voucher proponents, elected officials, foundations, businesses, school reform organizations, the media and any other entity that fails to put the best interest of Black children first.

Black people should not be distracted by settlement “wins” in  this round of the vicious battle between the City of Chicago and Chicago Board of Education versus the Chicago Teachers Union and supportive local and national unions.  Rather, let’s be concerned with who lost.  Black children lost and will continue to lose unless Black parents and communities rise up and take control of the education of Black children

Share this on WhatsApp
About Othman Sheriff 348 Articles
Born and raised in Kenema district, eastern Sierra Leone, Othman Sheriff began practicing journalism during his school days as a youthhood hobby. With a bachelor's degree in mass-media and communication, and a Master’s degree in development and peacebuilding, Sheriff is the Editor-in-Chief and CEO of Critique Echo Newspaper. While tirelessly using journalism as a tool to place his country’s socioeconomic and political landscape under a magnifying glass, Sheriff is deeply involved in community development projects. Over the years, Sheriff has formulated and implemented billions of Leones worth of development projects with funds from Europe and USA. He is chiefly focused on community infrastructural development and economic resuscitation projects, fostering interethnic, interreligious and sociocultural cohesion among the young population in Kenema district. Sheriff is a member of many international peacebuilding initiatives including the United Religious Initiative (URI), International Association of Educators for World Peace (IAEWP), Intercultural Leaders Network and Youth Solidary Fund program of the United Nations Alliance of Civilization (UNAOC)