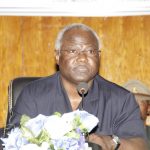 President Koroma said his government strongly believes that there must be in existent a professionally trained, well funded and efficient security sector in Sierra Leone.

He made the call while delivering a keynote address during the launching of the Second Security Sector Review at the Miatta Conference Centre Youyi Building Freetown, where he admonished various heads of the security sector to create an enabling environment for the successful implementation of the “Agenda for Change”.

In acknowledgement emerging challenges within the changing times and new threats, he said new policies and strategies should be formulated to capture a new wave of security threats.

President Koroma said the periodic marginal exercise has always been used to maintain the preparedness of the country’s security sector, and it is more important to review the sector as “we come closer to the 2012 elections so that the forces will be able to provide security”.

He said a comprehensive security exercise will enable the country to device realistic mechanisms and his government is mindful of the fact that conducting credible elections would raise the profile of the country especially in the rebranding process.

President Koroma noted the prudency for the security actors to be fully prepared to handle vital matters, whiles calling on sector to conduct a comprehensive national security study, focusing on public understanding of the responsibilities of the security sector.

Chairman of the programme, Secretary to the President, Mr. Emmanuel Osho-Coker spoke of the importance of the review process and described it as essential to the conduct of the sector, adding that the occasion was held to address security challenges.

Mr. Coker said it is government’s core responsibility to address, improve and evaluate the preparedness of the security sector, and reiterated that the review process is being organized around series of workshops with ministries departments and agencies across the country.

These, the Secretary to the President added, will promote the collaboration of justice and development. 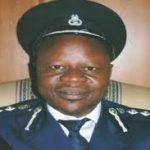 Measuring the nexus between global and national security sectors the Inspector General of Police, Francis Munu said the review of the sector is a step in the right direction for the development of the country.

“Life has become more complex, more vulnerable, more demanding, and more stressful and criminals no longer have respect for international boundaries”, the IGSLP observed, saying; the benefits of the exercise acquired will be to know what to do, and how to do it.

He said the exercise is aimed at carrying out a holistic review of the security sector and is considered to be a precondition of development, thus called for inclusive involvement. 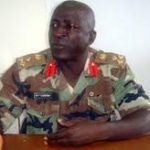 The Chief of Defence of the Republic of Sierra Leone Armed Forces Brigadier Yira Koroma said the RSLAF holds the security sector to a high esteem in line with rehearsals and trainings, which is why it works as a team in the execution of its duty.

He plead with government to further raise the moral of the work force of the army and called for the inculcation of better attitude to enable personnel fully participates in national security programmes.

On behalf of the civil society Festus Minnah reassured government of their total support to the security review process.