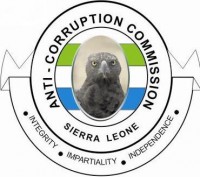 The long awaited suspense as to what will be the fate of the officials of the National Revenue Authority (NRA) and Ecobank Sierra Leone who were convicted by Justice M. A. Paul of the Freetown High Court No. 1 on the offence of conspiracy to defraud the state, was yesterday brought to an end as the trial judge handed down custodial sentences.

Before the start of the matter the court-room had been filled by family members, sympathizers, co-workers, police officers, journalists all anxiously waiting to hear the sentences.

According to the Judge, all their jail terms go back to 12th July 2013, which implies that they have already spent nine months in prison.

Upon the pronouncement of their sentences, the sixth accused persons cried along with relatives who were sitting at the back of the court while the Judge read out the sentences.

In reaction to the Judge’s decision, Counsel Eke Hallo way disclosed that the decision was draconian and that the trend of imprisonment should be a form of rehabilitation rather than punishment. He further opined that they will appeal against the decision within twenty-one days as the judgment was not based on the evidence before the court.
Counsel Reginald S. Fynn, the lead prosecutor a

t the Anti Corruption Commission, (ACC), explained that first timer does not mean the crime being committed is not serious, for as long as it has to do with corruption, drastic measures should be taken against corrupt officials. He stressed that the ACC will not condone, treat or tolerate corruption in the country.

He maintained that the Judge gave his verdict based on his experience and attitude towards corruption, adding that he was impressed with the Judge’s decision on the offence of unexplained wealth, which is very new in the legal system in relation to corruption as Sierra Leoneans should be celebrating for the success of the Commission.