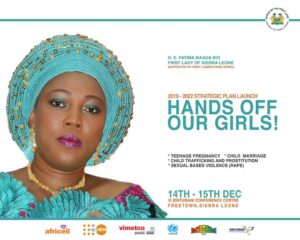 Corruption has always been and will continue to be a permanent universal feature in our lives. In Sierra Leone, irrespective of one’s political affiliation, we all agree that corruption is not only prevalent, but also one of the diseases haemorrhaging our economic lifelines. But that is where the similarities end; for how corruption is viewed, tackled, labelled or otherwise depends largely on who you speak or listen to. Some glorify it, others condemn it. Interestingly, the condemnation or glorification is usually gauged by political persuasions. One man’s corrupt act is another’s good will gesture. Regrettably, despite the universal ravages of the pandemic, and in defiance of the gravitational pull to lift ourselves out of poverty, we boldly enjoy the unenviable accolade of being one of the poorest countries in the world. It is not supposed to be like this; but that’s the way it is.

As the United States of America demonstrates to the world that it is only united in name, we cannot help but see the political and sociological fissures gushing across the country, in the course of Trump’s second impeachment process. Except if one is economical with the truth, there is no doubt that Donald Trump was the chief architect and conductor of the January 6th assault on the Capitol. But despite the facts staring in the face of his Republican Party, the majority of his enablers and by default co-conspirators continue to support him. But there is a price tag for such blind loyalty, as the Republicans will find out in due course. Some people change party for the sake of their principles, and some change their principles for the party. What passes for politics in America today like elsewhere,  is nothing but the conduct of public affairs for private advantage; which sadly are a strife of interests masquerading as a contest of principles.

Politicians generally let you believe that their sole aim in politics is for the good of the country. Among other issues, the emergence of the cancel culture is taking deep roots in our societies today.  By definition, “Cancel culture refers to the popular practice of withdrawing support for (cancelling) public figures and companies after they have done or said something considered objectionable or offensive. [It’s] generally discussed as being performed on social media in the form of group shaming.”. That is what is becoming prevalent in the Western world. Interestingly, Sierra Leone has its very own version of “Cancel Culture”; with a twist.

Any healthy democracy demands an opposition party; not blind opposition to progress but opposition to blind progress. Such rivalries should be built on respect, and respect for excellence; not hatred. Sadly, it is becoming increasingly difficult to deny that the political rivalry that is insidiously finding its way into our national psyche is finding taproots in hatred. With the SLPP and APC as our main political parties, it is now common place that any criticism of one particular party is countered with an example from the other. For example, if an APC supporter accuses the SLPP of being tribalistic in making political appointments, rather than acknowledge, deny or rationalise it, the SLPP supporter will give you examples of how Ernest Koroma was also tribalistic during his reign.

But is that justification? Does that make such an allegation right, or normalise it? Interestingly, this is the approach used by respective followers of our political parties today; as if to cancel each other. That is our very own cancel culture; Salone edition. But if you were looking for the best of examples of the cancel culture I am talking about, look no further than the latest diet from the Anti Corruption Commission headed by Ben Kaifala.

“Sierra Leone’s ACC will investigate the Office of First Lady – past and present for corruption”. That was the headline in the Sierra Leone Telegraph on the 9/02/21. The question that many would like answers to, is why the ACC is planning to investigate the Office of the First Lady? Don’t answer that. It is obvious that there has been an open season on Fatima Bio, the First Lady and wife of the President, Julius Maada Bio. Our social and mainstream media landscapes have been experiencing a deluge of allegations involving Fatima Bio recently. Some of these allege that Fatima was a recipient of $ 3million, $ 789,000 for Hands Off Our Girls programme, etc. It is alleged that these monies were taken from the Consolidated Revenue Fund, but that they were misappropriated to fund the purchase of furniture, electronic equipment, travel tickets, hotel accommodation, wine and dine foreign guests of the First Lady etc.

Let us get one thing straight here. This piece is not aimed at verifying or discrediting these allegations. Until proven guilty, my opinion is on holiday on the matter. Nevertheless, it is imperative that the ACC takes a forensic look into this, for obvious reasons. Firstly, when President Bio launched his New Direction, “the fight against corruption” and “the plugging of leakages and waste” became the cornerstones of his policies, and by extension his presidency. And so, any corruption allegations against Fatima Bio, his wife and the First Lady will smell of the whiff of a political gunpowder; especially to the opposition. Lest we forget, the APC party was self designated as a victim of Bio’s Commission of Inquiry that was tasked to lead the fight. To say that these allegations appear too close for comfort will be an understatement. If these allegations remain unclarified, Bio’s agenda to fight corruption will remain in tatters, we might as well all go home. He may just fall or stand by these allegations.

So, bravo to the ACC for picking up the smell, to investigate these allegations. However, it is the terms of reference of this impending ACC investigation that is proving irksome in some quarters. According to a press release by the ACC, “The Commission wishes it to be known that it had commenced full and comprehensive probe into the Office of the First Lady, past and present. “Preliminary findings show that the entity known as “Office of First Lady” had been receiving Billions of Leones of State funds yearly, spanning 14 years to date”. So, does that mean that the First Ladies of the Late Tejan Kabba and Ernest Koroma will be investigated? At face value, it sounds prudent that the ACC intends to take a long Shylock Holmes-esque look into this. But what many would like to know is why look into this as far back as fourteen years now? When the COI was initiated, which had the bulk of its persons of interest from the opposition party; why were the former First Ladies not included until now? Don’t answer that.

Is this why some think that it is becoming increasingly plausible that the ACC is becoming a sledgehammer for the whims of the government? Will this approach qualify as a prime example of the kind of cancel culture I am talking about? To the lay man, it may sound like “if you want to talk about our First Lady Fatima Bio as corrupt, let us look at all the other First Ladies too.  Tit for tat.  Does that mean that former First Lady Sia Koroma will be investigated? Is that a defence, justification or moralisation of the said allegations against Fatima Bio? For the sake of discussion, does the ACC believe that dimming Sia Koroma’s light would make Fatima Bio’s shine any brighter? Wow.

This is the kind of culture that all well meaning Sierra Leoneans should be wary of. In America today, even when a policy, programme, or otherwise is put forward for implementation, the party opposite will object irrespective of its merit; thanks to the hatred that is polarising them at the detriment of the common good. As a nation, as a country, and as a people, we should pray that we don’t fall into this cycle of hatred. There is an eerie feeling that we are gradually losing the capacity to see the good in others. Let us not allow our politics to become a systematic cultivation of hatred. If we do, our unity will become an organised hatred. Just look at America today and see what I mean.