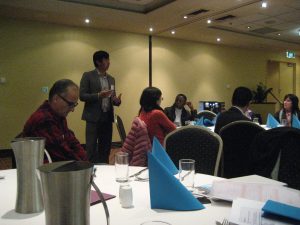 Hepatitis B is real, it affect human beings’ health like any other disease on earth. It kills like any other diseases that one can think of; it can kill just like the current Ebola virus in Sierra Leone, Guinea and Liberia; HIV/AIDS, Malaria or Cholera, because it destroys the liver and cause heart failure, according to research. Therefore, more attention should be given to it by the world stakeholders, especially WHO.

We have heard or read many books and other reading materials on health issues being published by World Health Organization (WHO), especially about many of the world common enemies of human beings’ lives survival, called diseases. For instance, we have heard and also read about the current Ebola virus disease, HIV/AIDS, malaria, cholera and SAS (Respiratory) enough as I said. We also heard and read about their symptoms and effects on human beings health all over the world, especially in Africa and Asia. And a lot of money is being spent on such diseases to save man kinds’ lives. And of course the spending is still going on unabated by world stakeholders through WHO to stop the occurrence of such diseases.

Unfortunately, no or little attention was/is given to one of the most silent and dangerous killer diseases in the world: Hepatitis B disease. This disease is secretly killing thousands of innocent and helpless people all over the world, particularly, Africa, Asia and Austrians. Currently, many countries and their communities are suffering from Hepatitis B disease including the Australian mainstream communities, according to reports.

Hepatitis B is a disease that destroys the liver and causes liver cancer. According to worldwide research, approximately there are 240 million people living with chronic hepatitis B and about780, 000 die every year due to this chronic infection. For instance, about 218,000 people in Australia are living with chronic hepatitis B according to reports. However, about half of them do not know that they have it, because it does not normally show symptoms, the report said. Most of them were born in countries where hepatitis B is common, particularly in Africa, Asia, and pacific, according to research

The report further stated that Hepatitis B is generally transmitted from mother to baby at birth and through sexual intercourse in adults, just like any other sexually transmitted disease. Without proper care and treatment, up to 25% of people with chronic hepatitis B will die from complications of cirrhosis or liver cancer. And itby excessive alcohol and drug use. Therefore, there is a great need for creating community awareness about the danger of such disease to human beings’ health.

According to reports in 2013, by highly inspirational successful Hepatitis B community campaign in the USA, San Francisco Hepatitis B free, in the Multicultural HIV and Hepatitis B Service (MHAHS) called on leaders from the affected communities to come together and form the Hepatitis B Community Alliance, especially in Australia, New South Wales (NSW) to address the chronic hepatitis B issues in NSW. 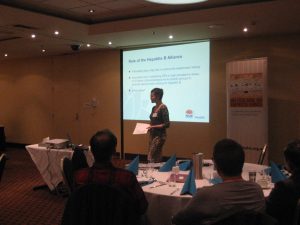 In view of the above, “Hepatitis B Community Alliance in NSW”, which is one of the organisations that are fighting tooth and nail to prevent and promote awareness of Hepatitis B in Sydney,  invited a cross section of leaders of the Sierra Leone community in Sydney NSW, to participate in a Hepatitis B awareness workshop on 17th, June 2015. Among those invited were Mr. Anthony Bee-Conteh, Ms Adama Kamara, Mr. and Mrs. Raymond Bangura on behalf of the entire community in NSW.

Ms Barabara Luisi, Manager for Multicultural HIV and Hepatitis Service did the introduction and welcoming address, while Dr. Jo Mitchell, Director, Centre for Population Health, NSW Ministry of Healthof Australia, did the presentation with using a power point slide. According to Dr. Jo Mitchell, one of the purposes of inviting members of the Sierra Leone community was to make them know more about the existence of Hepatitis B and its effect and also about the existence of Hepatitis B Community Alliance organisation in NSW.

She said that she believe they as Sierra Leoneans would be able to  take the lead in creating awareness in their community about some of the causes of Hepatitis B, its effects and prevention, and to create awareness on how Sierra Leoneans should visit their doctors regularly for Hepatitis B test, especially for clinical treatment. In view of that, she spoke about some of the goals, priorities and actions in dealing with Hepatitis B disease.

She emphasised that many communities, especially in NSW, do not know much about Hepatitis B disease, particularly its effect among African communities. As such, she urged the Sierra Leone community to take the lead in educating their people about the realty of Hepatitis B virus’ causes, effects and prevention.