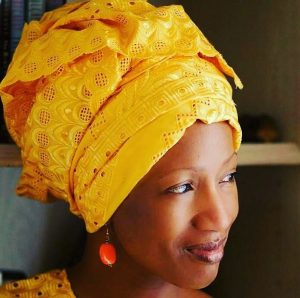 On Monday, February 5th to 10th 2018, Sierra Leone Women are Free to Choose (SLWAFC), a community based organization in Freetown and The National Sowie Council inaugurated its first Female Circumcision Awareness Week.

This weeklong, first in history event – coincides with the 15th International Day of Zero Tolerance on Tuesday, February 6, a UN sponsored day of awareness for the eradication of Female Genital Mutilation (FGM) and Female Genital Cutting (FGC) that proponents say is discrimination and absolute violation of the human rights of women and girls – will bring together the masses of affected women who will speak boldly about the World Health Organization’s FGM/FGC categorizations, exaggerated claims of harm as well as one-sided media representations of FGM in Sierra Leone and globally.

Publicized as an opportunity for open, public dialogue about an area of women’s private lives that has received its share of unwanted global media attention, SLWAFC encourages the press, researchers and interested stakeholders to engage and learn more about female (and male) circumcision’s origins, reasons and meanings as a socio-religious and aesthetic practice that is highly valued in Sierra Leone.

The first Female Circumcision Awareness Week will climax on Saturday, February 10 with a Madam Yoko Festival at the National Stadium in Freetown, a celebration of Soweis or women leaders of Bondo and Sande who are the custodians of the rich, cultural and religious heritage that is symbolized by both female and male circumcision.

“The festival is an opposition to the United Nations dehumanizing, racist and sexist so-called Zero Tolerance for Female Genital Mutilation Day.  Far from the notion of FGM, the theme Mami Na Pawa is a call to all Sierra Leonean women especially members of Bondo to recognize our sacred “radical female ideology” that has been handed down to us by our mothers and grandmothers as we boldly step forward to claim our places in the 21st Century world,” Said Fuambai Sia Ahmadu, PhD an anthropologist, public health consultant/adviser, independent scholar, community leader/activist, founder, executive director of SLWAFC and publisher of SIA Magazine.

I caught up with Dr. Fuambai last week via phone in Banjul, Gambia for this interview on the essence of the First Female Circumcision Week.

So, Tell us about Female Circumcision Awareness Week in Sierra Leone, how did this start?

As you know Dennis, I have been at the forefront of global debates and activism to counter the harmfulness and hypocrisy of FGM campaigns and to help restore the rights, autonomy and dignity of women who support or choose to uphold female circumcision as a religious or cultural practice. In Sierra Leone, this led to the formation of Sierra Leone Women are Free to Choose, to protect the fundamental constitutional and human rights of sowies as well as Bondo women who continue to uphold female circumcision as an important expression of gender identity or womanhood. Bondo is a traditional women only socio-political institution that manages female initiation, circumcision, childbirth and training to be an empowered wife and mother in society. The sowies are the leaders or “owners” of Bondo. The idea of Female Circumcision Awareness Week came in discussions about the negative psychological impact of anti-FGM campaigns and especially the intensification of FGM propaganda that is circulated worldwide around February 6th, International Zero-Tolerance for FGM Day.  We decided that here in Sierra Leone, Bondo women would use this time in early February to show our resistance to the FGM terminology and to raise awareness among our own communities about the pre-ancient roots, cultural meanings and health/aesthetic benefits of female circumcision.

But you know that there are Sierra Leonean women who are anti-FGM activists. What do you think of these women and do you feel they represent the majority of women in Sierra Leone?

Dennis, I’ve said before that I believe all women should have a voice on matters that affect our bodies and our sexual autonomy. I also believe that all of our experiences are valid, so those activists who define themselves as “mutilated” have every right to refer to their own bodies in that way and to tell people about their negative experiences and to seek change. My problem is with those African or Muslim women who boldly lie about their experiences and disparage their own communities in order to gain power to make decisions concerning these marginalized communities or to secure notoriety and a global platform or for money, plain and simple. These women know who they are and we know who they are and they know their free ride will soon be over.  For those affected activists who sincerely oppose female circumcision (and one of them is a long-time adviser of mine), the onus is on them to convince the majority of us that being uncircumcised is somehow better.  So far, they have failed to do so.

Instead, what we are seeing are women from non-practicing cultures – mainly white women and adolescent girls in western countries – imitating, modernizing and popularizing the very surgeries their communities have condemned as “mutilation”.

Many of these FGCS operations – labiaplasty, clitoroplasty, clitoropexy and other clinical sounding procedures – are identical with what WHO has defined as FGM/C.  Nonetheless, white women and girls are exempt from this terminology and their populations are not included in WHO, CDC, NIH and other western sponsored health surveys or reports on FGM.

And I guess this partly answers the other part of your question – no, I do not think that anti-FGM activists represent the majority of women in Sierra Leone.  In fact, I think they speak for a small handful of women at most.  The fact is that the majority of circumcised women support female circumcision just like the majority of circumcised men support male circumcision.  For most of the population of women in Sierra Leone, the term FGM is a huge affront to our identity and an unacceptable insult against us, our mothers and female elders.  I was born from a circumcised woman, who was born from a circumcised woman and so on.  To agree to the term “mutilation” is to cuss not only the private parts of my mother and grandmother but the very source of my life, identity and ancestry.

I understand that. And you speak eloquently about this emotional aspect of the term FGM. But what about the alleged harm of female circumcision? I know we have talked about it before but how do you respond to your critics who insist that you are putting emotions and culture before the health and sexual well-being of innocent, non consenting girls?

Dennis, you know what I’m going to say. You’re a circumcised man and I am sure you did not give consent to have your genitalia cut. And there are risks involved. Some terrible accidents have occurred and innocent boys have lost their lives. FGM activists need to stop singling out African, Muslim or non-western girls and women if they are going to have a valid case concerning the protection of children.

Not only that, I have written extensively about how the purported physical and sexual harms of female circumcision are not medically substantiated.  One of the main articles I point to is titled “Seven to Things to Know about Female Genital Surgeries in Africa” published in the Hastings Center Report in 2012.  This important paper, which is also known as the Public Policy Advisory on Female Genital Surgeries in Africa, is a systematic review of most of the medical literature on so-called FGM. Remarkably, the findings of this paper showed that there was no scientific or medical evidence to support the exaggerated adverse health claims made by WHO and FGM activists.

I’ve seen the colorful flyers for the Madam Yoko Festival – tell us about this and why the focus on celebrating sowies?

Well, we chose to celebrate female circumcision because that is what we women do in Sierra Leone and we chose to honor our sowies in particular because they are the leaders of Bondo and represent the spirit of motherhood, in accordance with our ancestral traditions. We chose to pay tribute to our sowies because they have been viciously disgraced – frankly speaking – by white women importing and imposing their own worldview on women they apparently feel are socially inferior.  Yes, there are black and African women involved in these campaigns but let’s not kid ourselves: It is white women – using the faces and distorting the stories of willing African women – who lobby western governments for money to fight FGM, a concept white women created in the first place.  Why should our sowies be demonized in this game? Why should the women of Sierra Leone and other parts of the world be the pawn of wealthy and privileged white women attempting to further their own political or ideological agendas under the guise of advancing gender equality, protecting women’s rights, children’s rights and other humanitarian pretexts?

You know Dennis, the local and international media hardly question FGM propaganda promulgated by well-respected international organizations such as WHO or the numerous fictitious, recycled stories told by FGM “victims” and “survivors”.  In Sierra Leone, aggressive FGM campaigns such as US based Equality Now and its local proxy, Amazon Initiative, as well as mixed messages from Government have seriously and calculatingly undermined the stability of Bondo and high social status of sowies. This humiliation and intimidation of our female traditional leaders exercising their right to perform legitimate female circumcision has led to a rapid increase in genital surgeries performed on very young children and babies by women lacking the extensive experience and training of traditional circumcisers.  This new trend is endangering the lives of young girls and creating a sense of unnecessary fear and embarrassment surrounding a cultural practice that has been openly celebrated in Sierra Leone and among our neighbors for thousands of years.

Why Madam Yoko? Tell me in two sentences what this name means to you?

Madam Yoko was a powerful sowie during the colonial era who became a great warrior and paramount chief who stood up to and fought against the British. Madam Yoko is the defiant, radical and complex symbol of African womanhood that we choose to celebrate and to make a national holiday someday in Sierra Leone.

At a press conference in Freetown nearly one year and a half ago on September 2016, I made it clear that the newly launched Sierra Leone Women Are Free to Choose would ensure that the flagrant abuse of power and influence by aid agencies and western funded FGM activists have no place in Sierra Leone and asserted that Bondo society and the sowies are here to stay. Female Circumcision Awareness Week is a platform where we can express ourselves as Bondo women and engage with one another as sisters. By collectively rejecting the term FGM and demanding that our Government, donor partners, international organizations and NGOs respect our rights to self-determination and human dignity, we intend to reclaim ownership of our bodies and integrity as adult women. We know we speak for millions of affected women here in Sierra Leone, across sub-Sahara Africa and the rest of world in saying it is time to end the silencing, infantilizing and persecution of circumcised women who support this important aspect of our religious or cultural identity.

If anyone thought that what’s happening in America and especially under the Trump Presidency will only affect America, you better thing again. In the last 10 days, we have seen [Read more]

As President Trump wallows in the dishonourable distinction and honour of becoming the first American President to be impeached not once but twice, the closing speech of Adam Schiff the [Read more]

Trump has finally succeeded in toppling Covid from the charts; months after competing for front page news. The death throes of Trump’s administration has been mired in the infamous “attempted [Read more]