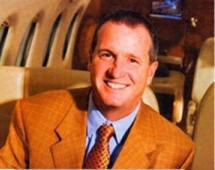 I want you to know that there are going to be criminal and civil charges brought against your Vice President Samuel Samsumana.  The thieving (Obscene words deleted) of Sierra Leone will not be able to set foot in America or Europe without fear of arrest.  The details are not for me to divulge, but suffice it to say that he will soon find himself on a hot seat from which he will not be able to escape.  I know that many of you think that I am insulting the VP by calling him names…but a man's name is his honor and there is no honor in being Sam Samsumana.  I am willing to face defamation of character charges (which carry a very heavy legal consequence in the U.S.) just to let the people of Sierra Leone know that he is a (Obscene words deleted).
I truly wish the people of Sierra Leone all the best in the future…I feel bad that you have been taken advantage of by another corrupt politician.
And to all the journalists out there…do a little investigative reporting…real reporting, not just spewing the crap that comes out of Sam's mouth…check out his compound built next to or near the U.S. Embassy…it cost somewhere between $3,000,000 to $5,000,000 to build.  I don't think he built that on his vice presidential salary.  I will leave it up to you to find out how he "financed" it.
Mark O. Heiligman