Love her or loathe her, the First Lady Fatima Bio is an enigma. What makes it tellingly so, is the backdrop against which her life has been gauged, scrutinised, vilified and equally glorified at various levels. She is the wife of the First Gentleman of the state, and by default the first wife of the state.  But again, we should not forget that she is an individual in her own right, with her own identity, her own views and her own way of life.  That is one hell of a position to be in; which like moths to light, attract attention. This is no attempt to psychoanalyse the First Lady; it takes more than WASSCE to do so. But we cannot deny the fact that she has been involved in some controversies because of her views on certain issues; ranging from national, international and to local. Equally she has championed a lot of good causes, some of which go unheralded in the public domain. It is Ramadan time again. 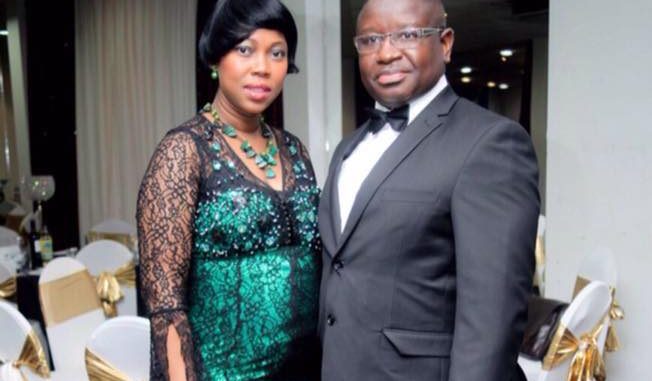 By virtue of her marriage to the President, she becomes a public figure; but at the same time a private citizen like you and me. This kind of identity crisis will not be lost on many people. The expectation to behave like a chameleon, switching between private and public life can be enormous. It is that kind of demand that forms the backdrop, against which the First Lady has been and continues to be judged; and some will say harshly.   So, when Fatima Bio does or says something, it can sometimes be difficult for some people to decipher whether she is in private or public mode. Nevertheless, she is always judged as The First Lady, irrespective of her own personal fallibilities.

However, there is a need to recognise that being a public figure should not deprive one of a private life. Equally, Fatima should also acknowledge and expect that her position, even in private mode will command more critical and forensic scrutiny than you and me. Her position automatically becomes cannon fodder for many people, including the fashion police, the envious, the romantically displaced and of course, the guys on the red side of town. That does not make it right though, but inevitable. It is the unfortunate price that one pays for living in the goldfish bowl.

Those who know Fatima Bio know that she will never shy away from stamping her individuality; irrespective of being the wife of the President. Sometimes, you cannot help but think that she is making some strenuous efforts to come out of her husband’s shadow. What makes this glaringly so, is the fact that her husband’s shyness and quietness is deafening.  President Maada Bio is known to have never complained even when the “Kondor” was late, during his time at the school where “manners maketh man”. Those who know Fatima Bio in Koquima, Boroma and the Kono district environs during her childhood days would testify that she always had the last say in a discussion or an argument.

Although she is the First Lady, but like you and me, she is entitled to her opinion as a private citizen. I know she is of Gambian heritage; so cool it. That does not mean that some of the levels of scrutiny, criticism or otherwise are always deserved. Unfortunately, it comes with the territory; thanks to the fact that her position serves as a default punchbag, even if she sometimes makes a good rod for her own back.

Some of her utterances have been downright embarrassing; coming from someone in her position. She has in the past expressed her views about political issues that you wished were left unsaid. She can be irrepressible and too vocal for some people’s liking; which brings us to the backdrop against which she is unfairly judged at times.

Sierra Leone is genetically patriarchal; a system of society and government that is controlled by men. We have been breastfed on a societal diet that sees women as second class, to be house bound, to cook, clean and be the warehouse of extended families.  Women are designated as generally there to be seen and not to be heard. But things have changed, and the drive for gender equality, the 50-50 initiative, the war against female circumcision, “hands off our girls” etc all symbolise a new dawn of female emancipation in our society today. There is a way to go yet, but a journey of one million miles starts with a step.  These are positive and laudable steps; though in their embryonic stages.

Fatima and other gender activists like Vicki Remoe, Nassu Fofana, Aimee Sheriff and others have been very vocal in this vein. And they have also faced criticisms, but not so much as Fatima Bio. What’s the difference? Don’t answer that.   So, is Fatima Bio seen as too vociferous for her gender? Is she, like her compatriots regarded as a threat to the predominant gender? There is no doubt that she is not like the traditional First Ladies we are used to. How many people know that Pa Sheki’s wife was called Rebecca.? How many people know the name of the late S. I Koroma’s wife? How many even knew the names of most our previous First Ladies? I am not talking about sidekicks, but those that wore the ring.

Looking back, you may agree with me that Fatima is a different breed. She is comparatively young, and you can’t say that she is ugly. Don’t tell Ngor Maada that I said so, but its true. People need to recall that Fatima had a previous life; in one of the most competitive and male dominating walks of life. The entertainment industry is a cut throat affair. She made a success of it, in her own right; and that says a lot about her character. The nation already had a love affair with her from the small screens even before she became Mrs Bio. Those who know her may not be surprised by her sometimes feisty approach to issues. She may not have “go cam” in her vocabulary. But that can-do attitude can sometimes be the paradoxical Achilles heel; if not applied wisely.

Being the First Lady demands a lot of standards to be adhered to; as if a set of syllabuses. She apparently makes more waves in the news than her husband; and those with an overdose of macho chromosomes could find this unpalatable for their political taste buds’ especially inside the establishment. Some may even feel that she is trying to outshine her husband. It is not long before they accuse her of trying to do a Grace Mugabe; because some people feel rubbed the wrong way at times. They see her as the bee in the ointment or a thorn in the flesh that puts the position of First lady into disrepute.

So how do you solve a problem called, Fatima Bio? Fatima is not a politician, but a politician by association. Politicians are expected to be politically correct, which is not in her DNA. The truth in politics has become an insult these days, and clear language a mark of insincerity. But her position means that diplomacy and political correctness should form part of her diet. Fatima should learn diplomacy; the art of telling someone to go to hell, and they look forward to it. Telling the truth can sometimes be regarded a revolutionary act.

In a recent release, she compared herself to other First Ladies around the world; that she is the ONLY First Lady who does not receive WARDROBE ALLOWANCE. What drives our First Lady to make such pronouncements? Does she need to respond to every criticism, every hint (inch), every provocation? Where are the handlers for the PR and communication machinery? Does she even listen to them; if any? She needs to understand and be aware that those with political scalpels are always at the ready to take a scalp, each time she falters. She could do well to deprive them of an excuse or the oxygen to do so. Is there a need for some adult supervision or self awareness here?

Remember that the wife of the President is the President of all wives. Do you know the common denominator among the following? Prime Minister Jacinda Ardern (New Zealand), Chancellor Angela Merkel (Germany) President Tsai Ing-wen (Taiwan), by Prime Minister Katrin Jakobsdottir (Iceland) Prime Minister Erna Solberg (Norway). They are all female leaders who have handled the Corona Virus better than all their male counterparts combined. Are you thinking what I am thinking? Hmmmm

So Nnathorma, always continue to be yourself; by not being yourself. Choose your battles wisely. I am all for universal suffrage, women’s rights, 50/50 or phone a friend. And Fatima has championed a lot of women’s causes and those of the underprivileged. This is not an attempt to silence you, or a balance sheet of a psychoanalysis. It is not a noise-cancelling journalism. I am sure that the majority acknowledge, applaud and appreciate your fight, among others for the fairer sex. But liquids also do find their levels. Do what you do best and leave the rest to the rest. You can’t keep a good woman down; I know. Fatima deserves our respect; she is our First lady. And to those who have an eternal angst against her, remember that we cannot afford a society that empowers the deranged.

Don’t forget to wash your hands, avoid handshakes, maintain your distance, drink your lemon grass and honey, but don’t forget to turn the lights off when you leave the room.