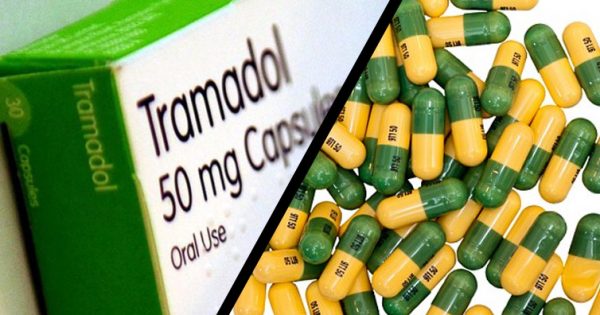 Tramadol is an opiate analgesic prescribed for the treatment of moderate to moderately severe pain. It works by changing the way your brain and nervous system respond to pain. There is an erroneous notion that being a milder form of opiate, the drug is not addictive. As a nation, we should not bury our heads in the sand and pretend that we don’t have an epidemic on our hands. Our youths today are dependent on Tramadol; full stop. Tramadol dependence, like any other drug can develop after continued use and this can lead to addiction. There is no doubt that people can be in denial about their dependence on drugs. Sometimes, the last person to recognise their dependence on drugs is the user. There is a psychological slant to this, and this is chiefly because the user uses the drug as a means to an end. As long as the drug is serving its purpose; irrespective of the generic purpose for which the drug was manufactured in the first place, it is sometimes difficult to convince the user of their dependence and the inherent dangers of their addiction. To the drug user, it works for them and that is all that matters. They are more often than not, the last person to admit or acknowledge their addiction.

According to the British National Formulary (BNF), the usual dose for adults (17 year or older) is 50 to 100mg orally every 4 to 6 hours as needed for pain. In some cases, patients may not need rapid onset of the analgesic effect. In such cases, it is advisable to take an initial dose of 25mg orally once a day initially. This can be titrated in 25mg increments every 3 days to reach a dose of 25mg four times a day. This can further be increased by 50 mg as tolerated every 3 days. The maximum dose is 400mg per day. In most cases, it can be individually titrated in 100 mg increments every 5 days to an effective dose that minimizes adverse reactions; with a maximum Dose of 300 mg/day.

But as we all know today, our youths are taking more than the 400mg daily dose as required. Our youths are taking this medication primarily to “GET HIGH”. Because the drug can become habit forming, abusing the drug occasionally can quickly escalate into a serious addiction; as tolerance develops and you need more of the drug to “get high”. We know that there is a psychological dependence on drugs whereby, users may start to have compulsive cravings for the drug. Where this is evident, most users feel like they need the drug to cope with the stress of everyday life, with its “ups and downs”. This is not aimed as an excuse, but with the unemployment rate in the country, among other things, and especially among the youth, one can effortlessly find zillions of causes for stress.

There are a lot of symptoms to indicate dependence on Tramadol, and this can include sweating, panic, nervousness, nausea, vomiting and uncontrollable shaking/tremor. It can also include muscle spasm, runny nose, sneezing, cold chills, diarrhoea, cough, difficulty sleeping and even pain. In very rare occurrences, it can lead to hallucinations. The list is not exhaustive here and the symptoms can vary from individual to individual.

There is no denying that the youth of our nation are in the grip of this epidemic. The epidemic is an open secret to all. Sadly and regrettably, indications are that this is not at the top of the tree of agendas. How much is being done to tackle this epidemic? How much media exposure is given to educate our youths on the dangers of this drug?

It will be erroneous to conclude that Tramadol is the only drug of choice that is destroying our communities, or specially the youth. We are aware of the presence of other drugs like Cocaine, heroin and most predominantly Cannabis. Comparatively, Tramadol may not be the cheapest of all. However, it is the most accessible. Unlike cannabis, tramadol is legal and can be legally bought over the counter. But if such a medication has proved deadly for our youth, is there anything that can be done to stop this epidemic? There is no doubt that this should be a national concern that requires nationally collective efforts to reduce, if not eradicate this new craze or menace from our society. The big question is; how do we address this canker worm that is slowly eating into our next generation?

For starters, we need a robust form of education. There is no doubt that some of our youth engage in this killer behaviour among other things, by peer pressure. It is now becoming the requirement to be with the “in crowd”. Sadly, they have limited or no idea about the inherent dangers. What we need is a robust system to educate our communities about these dangers. The cliché that knowledge is power comes to mind. The state of our health system is no secret and this was vigorously tested by the ill-fated Ebola epidemic. We are traditionally a self-prescribing nation. It is very easy to turn up at a pharmacy and buy anti biotic medication, saline drip or other treatment options, without prescription. In most cases, these medications are bought on the advice of our untrained, unqualified and uncertified “doctors” (Pepper Doctors”). You shudder to think of the consequences.

It is obvious that some medications could and should be available over the counter, and these include analgesics. But where such medications present clear and present dangers of misuse and the attendant dangers of addiction, is it time to regulate such medications as controlled drugs? Should we classify Tramadol as a controlled drug that can only be sold with prescription? Many will see the wisdom in that but again, will that generate another cash cow for our pharmacists and prescribers? You can never underrate the wisdom of some people to circumvent the law. I am aware that designating Tramadol as a controlled drug could potentially unearth serious unintended outcomes. At this point, it is difficult to generate a definite solution to this problem. But that is no reason why we should not attempt to address the problem; when the dangers and its effects are precariously staring us in the face.

We see our youths engage in crime and other unsocial behaviour; just to satisfy their cravings. Robberies, burglary, looting, prostitution, and many other vices are on the rise. Illegal drugs and crime are inextricably linked. Tagging Tramadol as the main culprit will be a fallacy, but we cannot underestimate its impact. It is now a common occurrence to see our youths in zombified and trance like states on our streets. We see them struggle to string a couple of sentences without the evidence of drooling. As a nation, are we going to ignore this epidemic because this is only prevalent with the lower echelons of our society? Are we going to ignore this because “it hasn’t affected my family?” It will be foolhardy to make those conclusions, as we will all feel the effects one way or another. This is a generational thing. These youths will grow to become adults. So what kind of society would we bequeath to the next?

There is no doubt that our streets are saturated with this killer drug. And there is no doubt that most of these are smuggled onto our streets. We now have a new Commissioner heading the Anti-corruption Commission. Our president has just declared his assets, and some people are impressed that he is leading by example. Can we take it further and rank this epidemic higher than it is? Should this issue be shoved into the in tray of our new commissioner of the ACC; as a matter of urgency? Should our law enforcement officers be targeting those importing or smuggling the drugs into our country? In collaboration with the Ministry of Health, Youth, law enforcement, media outlets and all related stakeholders, should we be organising a jamboree to address this problem?  If we bury our heads in the sand, pretend that it is not happening, or it is not important enough for national action, the hope is that it does not become a national catastrophe.  A stitch in time saves nine.