The Sierra Leone People’s Party (SLPP), the oldest surviving political party in Sierra Leone commenced its three- day election convention in Kenema this weekend, and reports reaching this paper describe the event as anything but conventional. If anything, the convention was more of an organised chaos that was marred by walkouts and protests. There have been a lot of goings and comings, accusations and counter accusations, threats, intimidation, you name it, it’s happened. The party chairman Chief Somano Kapen, reportedly walked out of the meeting even before it started. Phew. Let us imagine that despite all the setbacks that the SLPP had faced and had been accused of, this convention was the ultimate opportunity for the party to showcase to the people of Sierra Leone that it was a party in waiting, that it was a party that was capable of presenting a united front and capable of putting its house in order. As if that was not enough, reports have it that Chief Somano Kapen has resigned. How many more to follow, all at behest of one man? Is the SLPP a “one man geng now?”

There are a lot of people, especially neutral observers who may have been bitterly disappointed by this recent debacle. Those who have been following the political footprints of the SLPP would have been less surprised. And for those who have been lambasting Dr. Yumkela for being selfish and power drunk for leaving the party, the SLPP appears to have summarily vindicated his decision. There can be no better justification for his decision. It seems like every reason given under the sun for his resignation has come to pass. As for the APC, you can imagine how long party members would have spent rubbing their hands in glee at Old Railway Line. This latest shenanigans of the SLPP is worth three months of serious campaigning in favour of the APC and other parties. If there was ever a book on an idiot’s guide on how not to win an election, the SLPP would have written the preface for that. And to think that this convention was meant to be the pinnacle of a serious “political heng haid” is just pathetic. After months and years of planning, the party was forced into an emergency mode; to choose a new chairman on the hoof. There are a lot of people, especially SLPP die hard disciples who would beg to differ, but this party is politically bankrupt. I can hear you saying, what happened in Kenema stays in Kenema. NO. 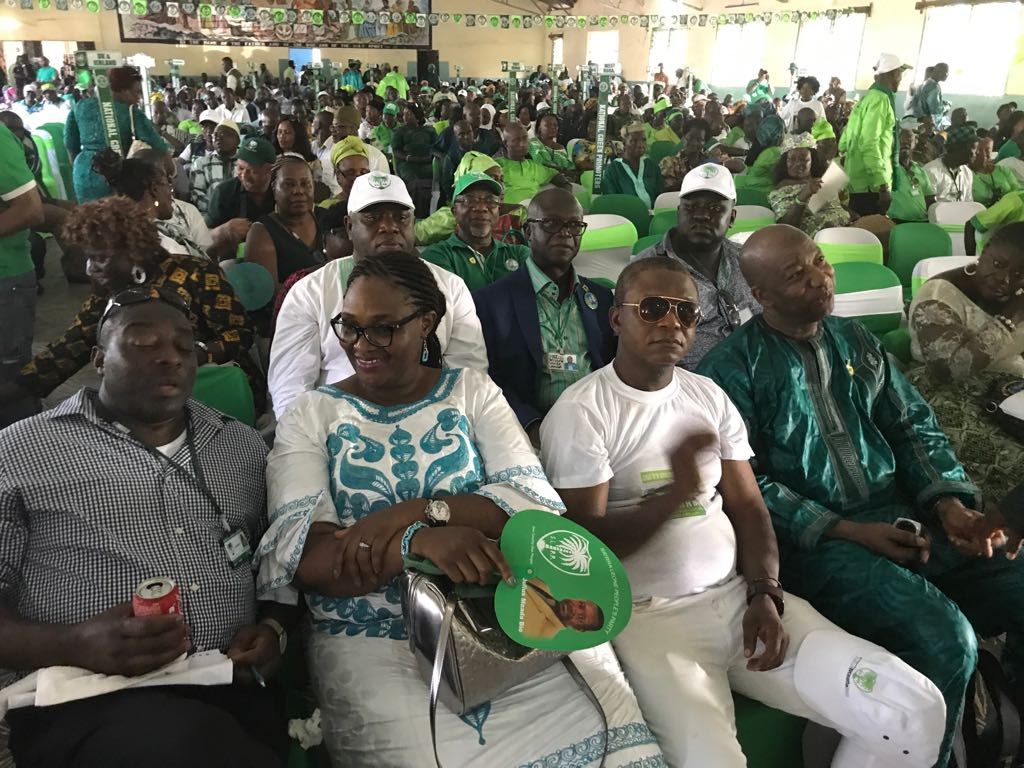 The political parties in Sierra Leone are fundamentally different, but one common denominator among them is that, they all have party loyalists who could be nursing thoughts of switching their allegiances for various reasons. Some will do so for being overlooked; others for feeling that they have not been well recognized or rewarded by their respective parties. Those in the red corner, who may have been thinking of switching sides, may be thinking twice today. It is very easy to conclude that what is going on in the SLPP is an internal and party political matter. On a wider scale, the party is doing some serious injustice to the people of Sierra Leone. I don’t belong to any political party, and I do not harbor any soft spot for any. Interestingly, democracy doesn’t work unless we all participate. So it does not matter which party wins the election for me. Whichever party wins through the ballot box, in a free and fair election would represent the mandate of our people. And that matters a lot.

Election days come and go but the political process does not end on Election Day. The struggle of the people to create a government which represents all of us, based on the principles of economic and, social justice will always continue. To achieve this, the sitting government will need a formidable and functional opposition. Opposition can be true friendship though; but that is where the SLPP has been found wanting. If the recent drama at the convention is anything to go by, get your oxygen mask and don’t hold your breath. It does not matter which party you support or which one is in power, but as citizens, we need to recognize that political opposition is indispensable. Any good statesman, like any other sensible human being, will always learn more from his opposition than from his fervent supporters. Our country does not need politicians who think of the next election but statesmen who think of the next generation. We know that obstacles are necessary for success, and that victory comes only after many struggles. But has the SLPP forgotten that where there is unity, there is victory?

If the current political climate is going to be our yardstick for our democracy, then our country is at cross roads of the political road map. You might be forgiven to think that at the cross roads, One path leads to despair and utter hopelessness. The other leads to total extinction.This is one of those rare moments, when we need to put aside our personal interests and reach for what we know is possible. The hope is that we have the wisdom to make the right choice.

One of the downsides of such a situation is voter apathy. There are those who may be bored and disgusted with the kind of politics that is being served up today, and as such will not even bother to vote. But is there any such thing as not voting? You either vote by voting or vote by not voting; thereby tacitly doubling the value of the diehard’s vote. As a nation with a democracy that is relatively in its embryonic state, we must strive to be a nation of participants and not simply observers, if we want our democracy to work. We lose our right to complain if we don’t vote.

We all saw the concerted efforts that were made to get as many voting age persons registered by the government and other non-statutory bodies, amidst logistical gridlocks. The enthusiasm shown by the citizenry was exemplary. Sadly, there have been some hiccups from NEC. But that should not dampen our enthusiasm and desire to express our rights at the ballot box. Some of us might be despondent but we should not forget that elections are gentle reminders of the responsibilities of our citizenship in our democracy. The beauty is that we can use the elections in our democracy to ask the powers that be, whether they are the powers that ought to be. It is difficult to ask foxes to vote for the welfare of chickens or turkeys to vote for Christmas; but irrespective of our various and differing political persuasions, the hope is that whoever we elect as President will represent our values on the world stage and have the compassion for the people to go with. As a nation, WE NEED A HUGE DOSE OF COMPASSION FOR THE COUNTRY, FROM OUR POLITICIANS. So let us get out there and vote, when that day comes. Just because you do not take an interest in politics doesn’t mean politics won’t take an interest in you.